The internet is going crazy over this Arab Sheikh Humaid Abdalla AlBuQaish and more over his super cars and pet lions, tigers and cheetahs. The guy is best friends with all sorts of exotic animals and he flaunts them all in his Instagram account. This is his way of telling the world, “I am Rich.”

Humaid is followed by 750, 000 followers on Instagram and well why not. Nobody knows how Humaid has accumulated his wealth and cats but all we know is that he is living one hell of a life. From the pictures he posts, it seems that Humaid trusts his animals undoubtedly. He is seen feeding them, bathing with them and even wrestling with them.

While it is undoubted that Humaid is living a life that most of us could only dream of but never have, we are still not sure whether to call this the young man’s sheer bravery or plain stupidity. From letting his big cats pose over his Mercedes and Lamborghinis to placing his hand inside their mouth, Humaid shows no signs of fear or distrust in his animals.

To put things in perspective cheetahs sell for about $1000-$20000.
It is strange that this slaylebrity puts these photos and videos out in public when the UAE has banned ownership of big cats. The cats are usually shipped out from Africa.

Check out the pictures and videos below of the man and his BFFs with his trophy pets. 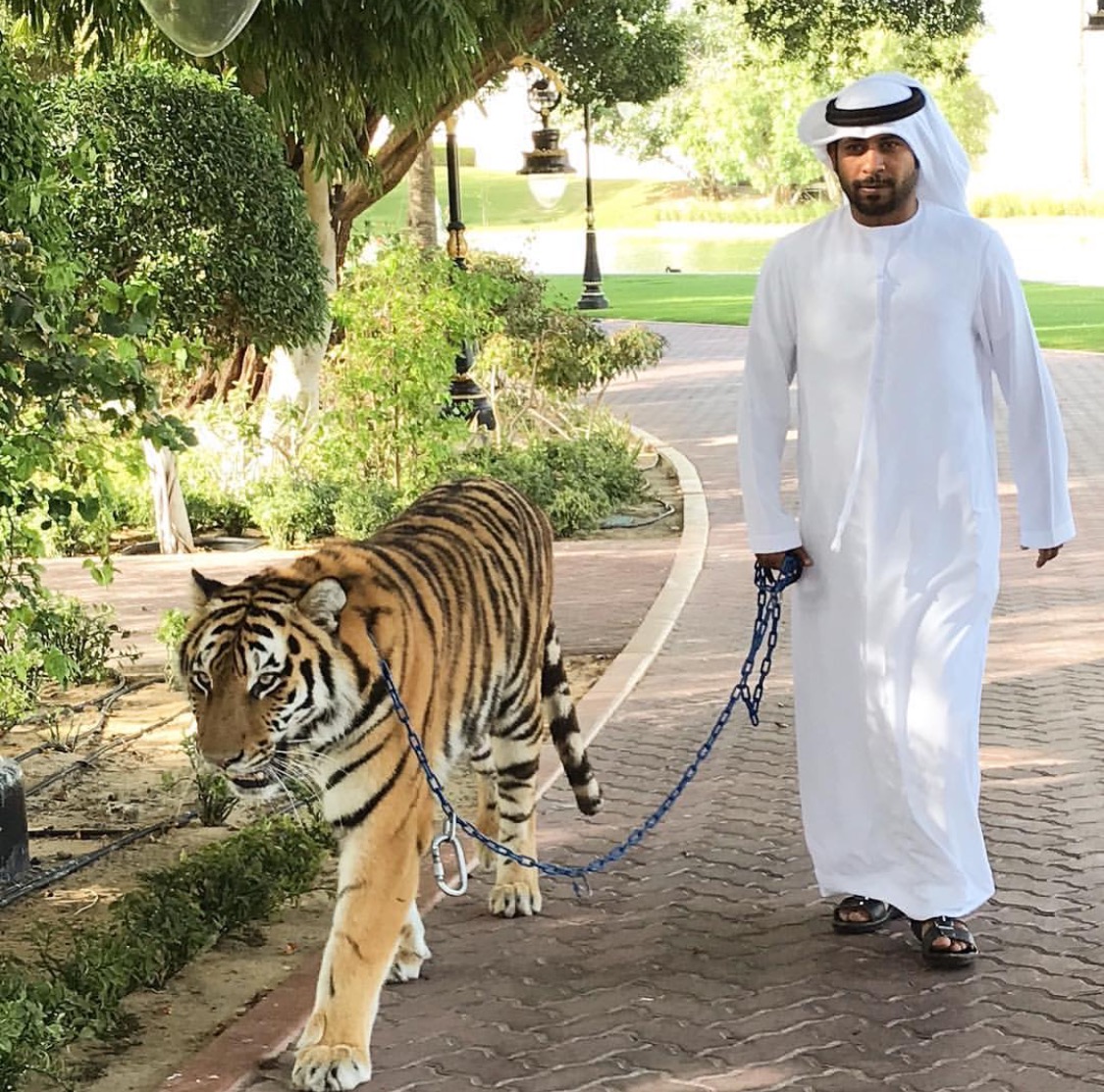 Here he is with his monkeys

His cat is sure lapping him up