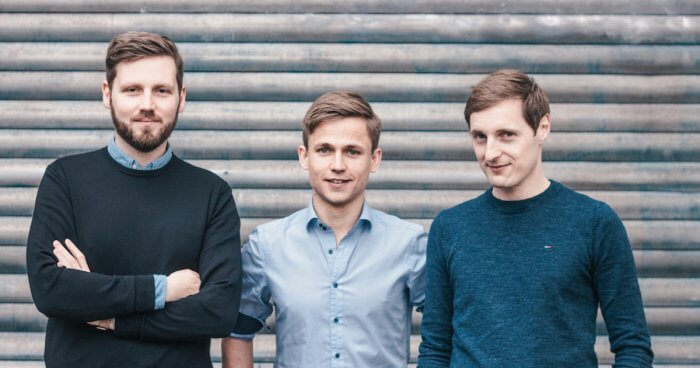 This is about three college grads who turned their study aids into a multi-million dollar startup. What started as notes shared among friends has since grown into a company that secured $35 million dollars in venture capital and 8 million customers worldwide. But what did they build? They created Blinkist, an app that takes the key ideas from nonfiction books and transforms them into snappy 15-minute reads and listens. With a library of insights from over 3,000 titles, they managed to give the joy of learning back to people who no longer have the time to read. Here’s how they did it.

Three friends, Holger Seim, Niklas Jansen, and Sebastian Klein met studying business at Marburg University. After college, they landed graduate jobs, and quickly realized full-time work left no time for reading. They wondered how (or if) they could still gain knowledge from books, but without the time commitment reading requires.

Finding Time to Read is Tough

Sebastian had a brainwave. Before he started working, he read a lot of nonfiction books and wrote notes to help remember what he’d read. He was passionate about self-development and becoming the best version of himself. He emailed the notes to friends so they could benefit from what he’d read and make personal improvements, too. The three friends thought it would be cool if they could put Sebastian’s notes into an app to read on-the-go and optimize unproductive time during the day — like during their commutes.

They knew they wanted to build an app but in 2012, most apps were there to distract, not to educate. So they reached out to Tobi Balling, who had the necessary technical skills to make it happen and they soon realized the huge potential influence that apps could have on the future of learning.

“Back then, apps were a way to pass the time and we wanted to build something more meaningful — like a reading app, that could have a positive impact on people’s lives.” — Holger Seim, CEO of Blinkist

A few weeks later, they all met in Frankfurt. They drank beer, brainstormed, and drafted a business plan for building an app that would provide a new way to learn. Before long they quit their jobs, moved to Berlin, and got started. That’s how Blinkist was born. In 2012, they launched Blinkist 1.0. Early stages proved tough; financial difficulties, low download numbers, product issues, and reaching the right people meant Blinkist was fighting a hard battle for two years. The company came dangerously close to bankruptcy twice — including a dark two months where Blinkist couldn’t afford to pay staff.

But Blinkist landed funding. Investors understood the vision and the potential and backed the business. VCs saw that Blinkist wanted to reach millions who want to read but don’t have the time. Money meant Blinkist could focus on adding more books to the app and building a winning team. Blinkist was hungry to make something that was going to make a difference and now they had the team and funds to make it happen. Oh, and the staff that weren’t paid for two months all stayed with Blinkist — they were building something special, and a few delayed paychecks wasn’t going to stop them.

Despite early struggles, within two years Blinkist had found its rhythm and was at the forefront of driving a new industry. Exciting things were happening: Blinkist created an audio feature, launched English content, introduced 26 nonfiction categories, secured $35 million in VC funding, and added at least 10 new titles to the app each week. In just six years, four college grads who discussed an idea over a beer were at the helm of a multi-million dollar startup. Powered by over 100 employees, Blinkist is now a major success story at the forefront of audio-first, micro-learning revolution.

Blinkist is for the learners, the curious, for the people who make things happen. If this sounds like you, start your free trial today.

Blinkist is for the learners, the curious, for the people who make things happen.