Anyone who says execution is everything has never truly executed

Since 1997, I have 100% lived off of my ideas.
Some years I was rich. Some years I was dirt poor, depressed suicidal, and greatly in debt to banks and IRS and family.
If you type “I want to die” in Google, I’m the second or third result. I’m the “I want to die” guy.
One Father’s Day my daughters bought me a scooter. My first ride I flipped over and flew ten feet. My kids yelled, “Daddy!” and started running towards me. I didn’t move.
I wanted to be dead. I wanted the worry in my stomach to just stop for one, please ONE, second. That worry ate my stomach alive.
I wanted my daughters to love me. To miss me if I were dead.
But I didn’t die. And each time I was stuck and on the ground, only ideas saved me.
Ideas, then good ideas, then execution, then Do-ing, then networking, then idea sex, then turning an idea into a future vision, then monetizing the idea. Then more ideas.
It took me a long time to learn how to not self-sabotage on the last two steps.
Before really hitting the accelerator on monetization so the value that was created continued into a much larger picture.
Ugh. What a long and ugly time! For an ugly person who never forgave himself.
A company, Highbrow, just approached me about doing a 10 part course. I said, “How about on becoming an Idea Machine. From beginning to monetization and beyond!”
Here’s my outline.
Please tell me: Would you take a course like this? Yes or No.
People lie and say “ideas are a dime a dozen and execution is everything?”
This is the biggest lie told in “business self help”. It divides the amateurs from the pros.
Why? I sort of explain in the outline below. But anyone who says that has never truly executed.

I have a fun idea I’m going to do today. It involves a subway, AJ Jacobs, hugging people, and a lot of laughter. And I WILL monetize it.
It’s an idea and we’ll execute.
But I’m never going to ride a scooter again. I don’t want to die anymore.

Course Idea. It would be free. 10 emails. Tell me if you would sign up:
HOW TO BECOME A NUCLEAR IDEA MACHINE AND BECOME A MEMBER OF THE JUSTICE LEAGUE OF IDEAS
Ten classes, delivered via email. One a week.
WHAT IS AN IDEA MACHINE? a. What is creativity? b. How the idea muscle atrophies? c. What is passion and purpose? d. Why ideas are not “a dime a dozen” e. Execution is everything BUT execution ideas are a SUBSET of ideas. You still have to be an idea machine to execute
TEN IDEAS A DAY. THE BASIC EXERCISE a. How to do it. b. Homework assignment c. Ten days of ten ideas d. The benefits of a waiter’s pad e. Why you should throw out all the ideas. f. Personal story of how I started this.
IDEA SEX a. Examples of idea sex b. Homework assignment c. What is a “comfort zone”? d. How idea sex breaks you out of the comfort zone
HOW TO USE THE IDEA EXERCISE TO FIND WHAT YOU ARE PASSIONATE ABOUT a. 3 exercises for finding your passion. b. Is there such a thing as passion c. Why it’s important to focus on passion. d. What “focus” really means – the Umbrella technique
IDEA NETWORKING a. The real value of a network b. How to use ideas to build your network c. How to reverse network d. Permission networking. e. Seed networking.
DO-IT MARKETING vs CONTENT MARKETING a. How to use ideas to DO b. Why content marketing is the wrong approach for brands
EXECUTION IDEAS a. How to know if you have a good idea? b. Examples of coming up with execution ideas. c. The value of testing execution ideas. d. Fail fast to succeed forward (i.e. the value of having a strong execution idea muscle).
PLUS, MINUS, EQUAL a. How to use ideas to build the resources to skip the 10,000 hour rule in any area of life b. Homework assignment
MONETIZING IDEAS Bringing it all together: a. Identify a good idea b. Basic execution c. Idea sex. d. DO IT Marketing e.. Idea networking f. Turning an idea into a motivational vision g. How to share the vision to build a tribe h. Turning that into money. i. Personal stories. j. Homework assignment
THE ULTIMATE BIBLIOGRAPHY FOR IDEA MACHINES a. Ideas don’t exist in a vacuum. b. Histories of ideas and creatives c. Futurism and its role in idea generation d. How to escape the beaten path and wander safely into the jungle of creativity e. How to learn from everything you read and experience f. Next steps for turning into a super idea machine g. The complete resource guide for everything you need to be a permanent idea super hero.
Thinking of this outline brought back memories from 15 years ago. Writing down my a list of ideas when I was so scared I could barely breathe.
For the first time in years I felt a tiny bit of hope. I felt it in my chest. I am still alive.

How to make millions with idea sex 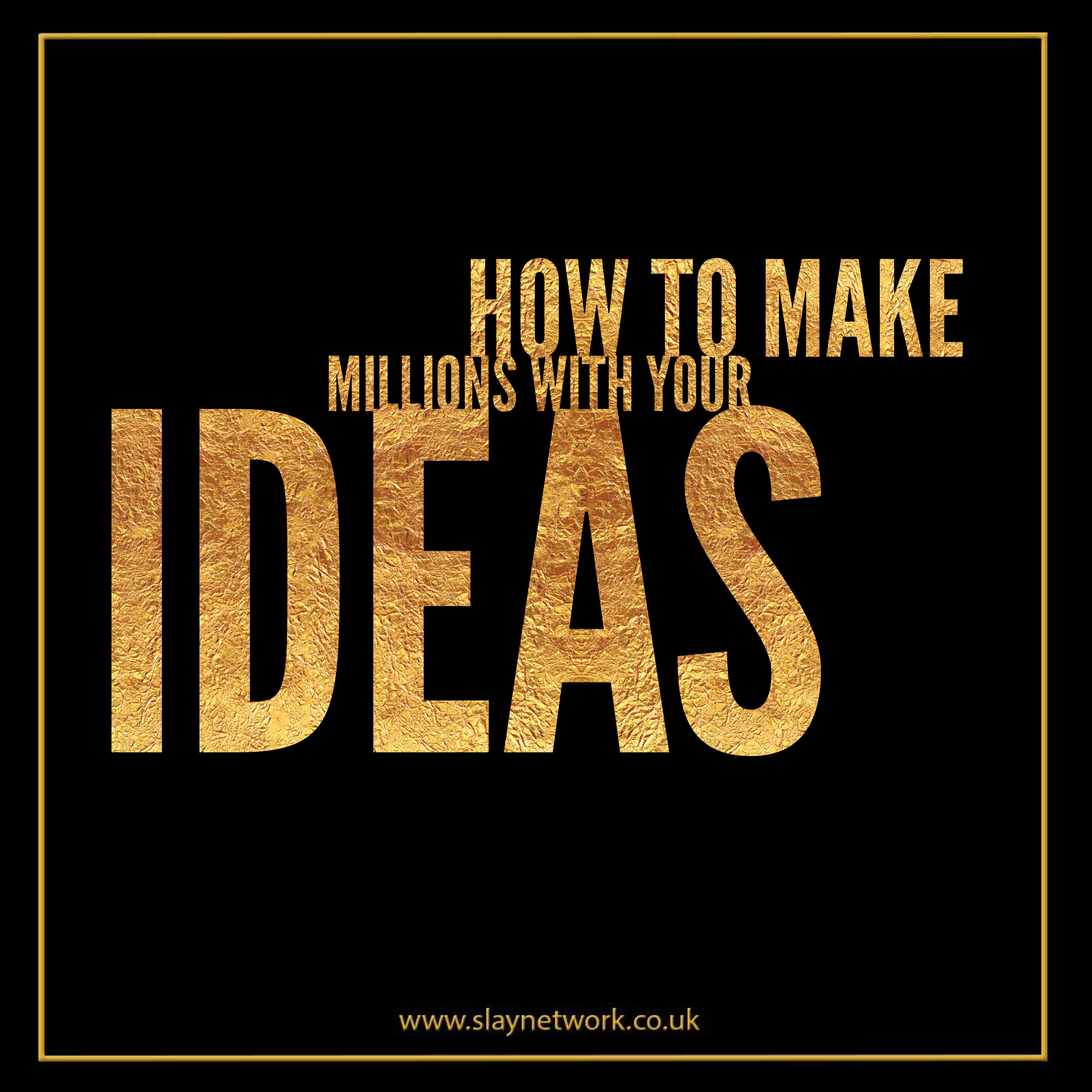 Stan Weston had an idea that would change the lives of little boys forever. And then he made a really bad decision. He knew that girls liked to play with dolls. But boys had no dolls to play with. Boys liked guns and action. Dolls + Action == ?? He made a doll based on a soldier, gave it a plastic gun, and called it an “action figure”. He named it GI Joe. He showed it to Hasbro and Hasbro made him an offer he couldn’t refuse. Hasbro said, “We’ll give you a license to take a piece of revenues forever. OR. We’ll give you $75,0000”. Stan drove a hard bargain. He got them to raise that $75,000 to $100,000. He went home a happy man and put the $100,000 in his bank account. Since then, GI Joe has sold over one billion dollars worth of merchandise. Stan Weston didn’t come up with the newest newest new thing. All he did was combine the simplest concepts and made something that millions of kids loved. THIS IS the critical thing he said that defined his success: “Truly groundbreaking ideas are rare, but you don’t necessarily need one to make a career out of creativity. My definition of creativity is the logical combination of two or more existing elements that result in a new concept. The best way to make a living with your imagination is to develop innovative applications, not imagine completely new concepts.” That’s it. Make two lists of what people love. Combine them. Have fun. Do it every day (exercise. Practice makes progress. Progress makes permanent.). Pick the best idea. Make billions. Help millions. Make people happy. GO!