Why does Caitlyn Jenner have such a poor relationship with her first family ?

Caitlyn Jenner, an international celebrity who, as Bruce Jenner, was hailed as an Olympic icon, lived with a secret that caused her turmoil for decades.
Jenner admitted that she was too often absent from her four oldest children’s lives during the 1980s, a period of depression and isolation for her as she considered a transition and started taking female hormones. But while Jenner was silently struggling with gender identity, her children wondered why their father seemed to disappear from their lives.

Caitlyn Jenner, an international celebrity who, as Bruce Jenner, was hailed as an Olympic icon, lived with a secret that caused her turmoil for decades.
Jenner admitted that she was too often absent from her four oldest children’s lives during the 1980s, a period of depression and isolation for her as she considered a transition and started taking female hormones. But while Jenner was silently struggling with gender identity, her children wondered why their father seemed to disappear from their lives.

Caitlyn Jenner detailed her journey in her new memoir, “The Secrets of My Life,” out on April 25, and sat down for a second exclusive interview with Diane Sawyer two years after she first came out publicly as transgender.
Two years ago, in an exclusive interview with Sawyer before Jenner embarked on a transition to life as a woman, Jenner’s four oldest children, Burt Jenner, Cassandra Marino, Brandon Jenner and Brody Jenner, told Sawyer they were happy to see their dad’s depression and suffering gone.
When Jenner told them she was transgender, Brody Jenner, the youngest child, told Sawyer at the time, “The first thing I thought was just like, ‘It finally makes sense.’”

“I just held his hand and I cried with him and I just told him how proud of him I was and how inspired I was,” Marino, the second oldest, added.
Jenner has six biological children: Burt and Cassandra with first wife Chrystie Scott, Brandon and Brody with second wife Linda Thompson, and Kendall and Kylie with third wife Kris Jenner. Jenner also played an integral role in raising Kris’s four children, Kourtney, Kim, Khloe and Robert Kardashian, from her first marriage.
Today, Caitlyn Jenner is living her life as a woman, and said the kids still call her “Dad.” But the reality of her transition has been hard.
“Some [of my children] I have remained very close to,” she said. “A couple of them … I’m a little more distant. I have to admit, I’ll sit here and wonder, ‘Is it because of my transitioning? Or is it because their life is so busy that they don’t call, like, all the time?’”
“Nobody calls that much,” Jenner continued. “I mostly reach out to them. Obviously the Jenner side calls more, but they all have their own lives.”
All six Jenner children declined ABC News’ requests for an interview. The Jenner children who participated in the initial interview said in a statement, “We love our father and have deep admiration for her bravery in pursuit of becoming a more authentic version of herself. Every family is different with its own unique set of milestones, but we can honestly say that Caitlyn’s gender transition has brought our family closer together and for that we are grateful.”
“It’s never easy when you go through something—transition like I did,” Jenner said. “Everybody in the entire family has to make some major, major, major adjustments, and that’s not easy on me and it’s not easy on them.”
Jenner has written that her children have been accepting of her gender change, but she still has to come to terms with the times she says she dropped out as a parent to her four oldest children. She says there was a time when she was wrestling with her gender and retreated into depression.
“There’s no excuse for not being a good parent, no matter how many problems that you have,” Jenner said. “No excuse for that.”
As for her ex-wives, Jenner said all of them learned at different times in their relationships that she was struggling with gender identity. She wasn’t more assertive with them about what she was going through, she said, “because honestly… I never felt worthy.”
Her last marriage and subsequent divorce from ex-wife Kris Jenner was on full display in the family’s long-running reality TV series, “Keeping Up With the Kardashians.”
“Do I talk to … Kris all the time? No,” Jenner said. “She’s kind of moved on. I have certainly moved on, and, but we’re fine with each other.”
As far as finding love again, Jenner said she hasn’t been on a date in two years, and doesn’t see dating in her future. Instead, she seems intent on making up for time lost with her children and now with her grandchildren.
“My life revolves around my kids. And they’ll be in my life until the day I die,” she said.
Jenner, who has 11 grandchildren, said her granddaughter Eva calls her “boom-boom.”
“She loves that name,” Jenner said, laughing. “Actually it’s kind of fun because the grandkids will never know my former life. They only know me.”

This statement from Caitlyn about loving her children seems contradictory, watch the video.

So why did Caitlyn marry Kris when she left her first wife because she wanted to be a woman? 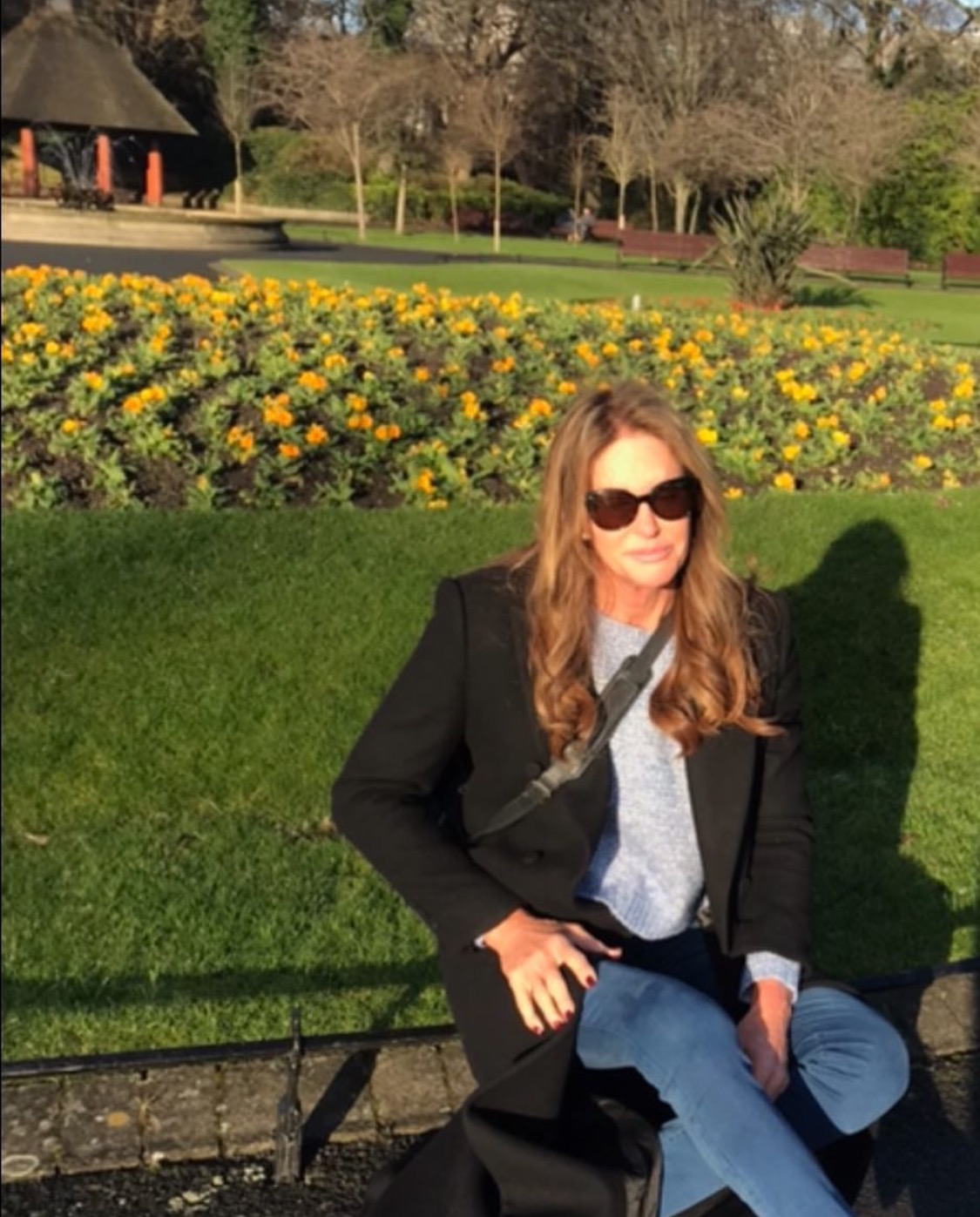