Cardi B shows her good mannered side

One of the most famous rappers in the world, Cardi B blew up the music scene when she dropped her single “Bodak Yellow” in 2017. After that, she quickly became a household name, delighting fans with her unabashed personality, her bold and sexy style, her authentic candor, and her ability to drop quotable Cardi B wisdom seemingly every other sentence — lest we forget her epic and uncensored Instagram rants.

When Cardi B first appeared on Love & Hip Hop: New York and told the world she wanted to rap, a collective eye roll spread across the faces of viewers considering that just about everyone who appears on any iteration of Love & Hip Hop has yet to use the show as a trampoline into the rare air of success in the music industry. But the charismatic former stripper from the Bronx with a penchant for a witty one-liner floored the universe when she dropped her magnetic “Bodak Yellow” and topped the Billboard Hot 100 chart for three consecutive weeks.
Despite the success of the song (and her follow up “Bartier Cardi”), the question remained whether she was the female version of J-Kwon or if this was the start of something new. Fast forward ten months and Cardi B’s debut album Invasion of Privacy crashed into our social media feeds Thursday night and dominated conversation with the 25-year-old’s debut album.

Look, Cardi B wants you to know that she wasn’t supposed to be here. But now that she is, her story is going to be told. And you’re going to hear it. You will certainly feel it. And you most definitely won’t forget it. Cardi’s life has been an open book for the most part. Between her Love & Hip Hop tenure, her social media presence and her music, her cards are put on the table. The authenticity is undeniable and she has no problem letting you know what has changed since her come up.

If Cardi B’s aim was to see her lyrics flood the Internet in a variety of memes and Instagram captions, then the mission was most certainly accomplished. No less than an hour after the album dropped, social media turned into a tsunami of Cardi B quotes. And there’s a little something for everyone to use. Here are a few choice lines that immediately jumped out.
“Shorty said it’s all hers, why her thighs don’t match?” (“She Bad”) “Boujee, bad and thick, I could buy designer, but this Fashion Nova fit” (“She Bad”) “Leave his text on read, leave his balls on blue, Put it on airplane mode so none of those calls come through” (“I Do”) “it’s gonna hurt me to hate you but loving you is worse” (“Be Careful”)

Despite her fame and lyrics her etiquette has definitely come into question more than once, this video may soften your heart towards Cardi B.

She may not be so Gangsta after all 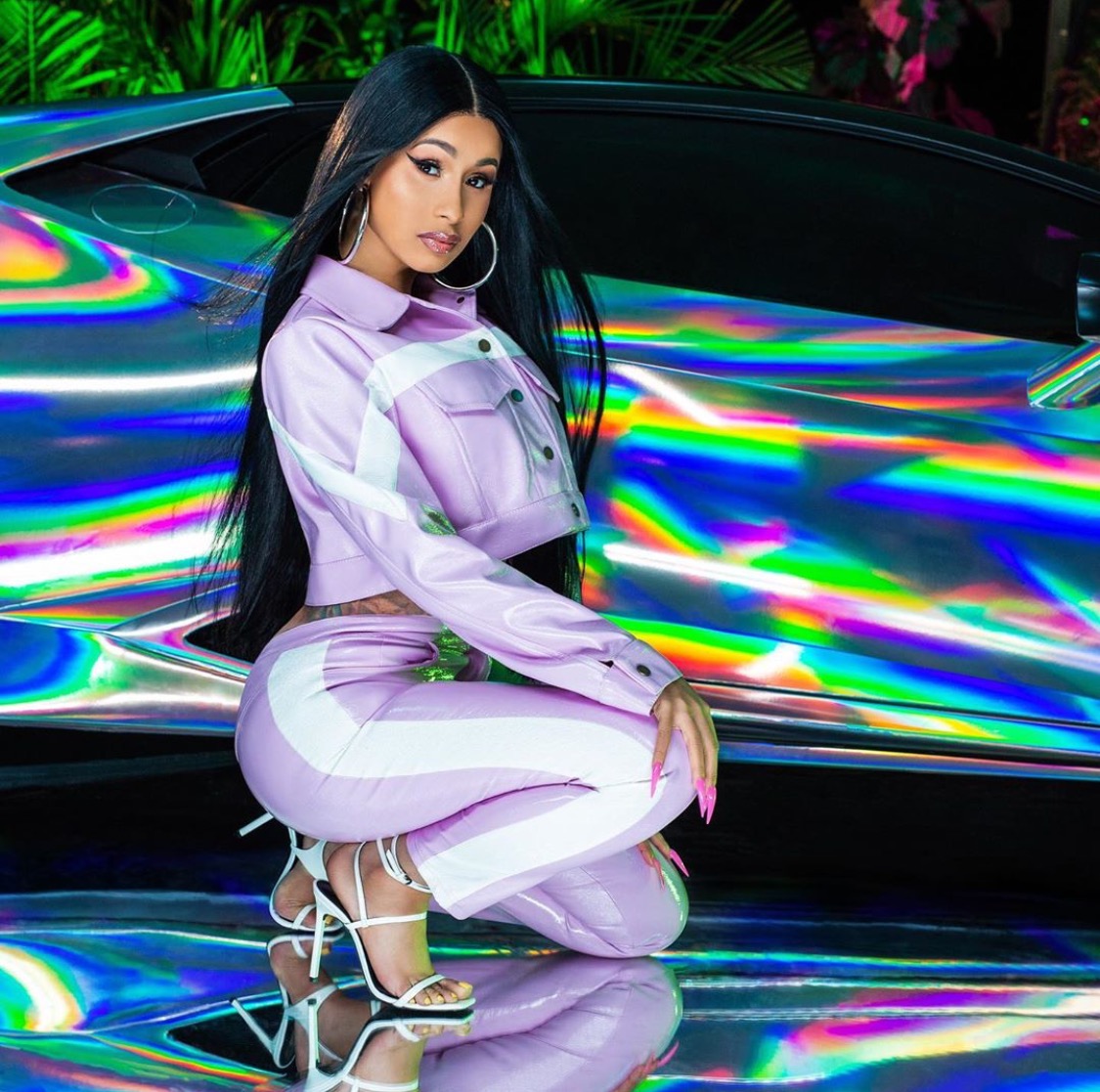 Want to replicate her Look? Price: $2269 wig: $5000 size : custom contact concierge at sales@slaynetwork.co.uk or click the contact us icon on your screen to chat with slay concierge.