The most notable havelis in India 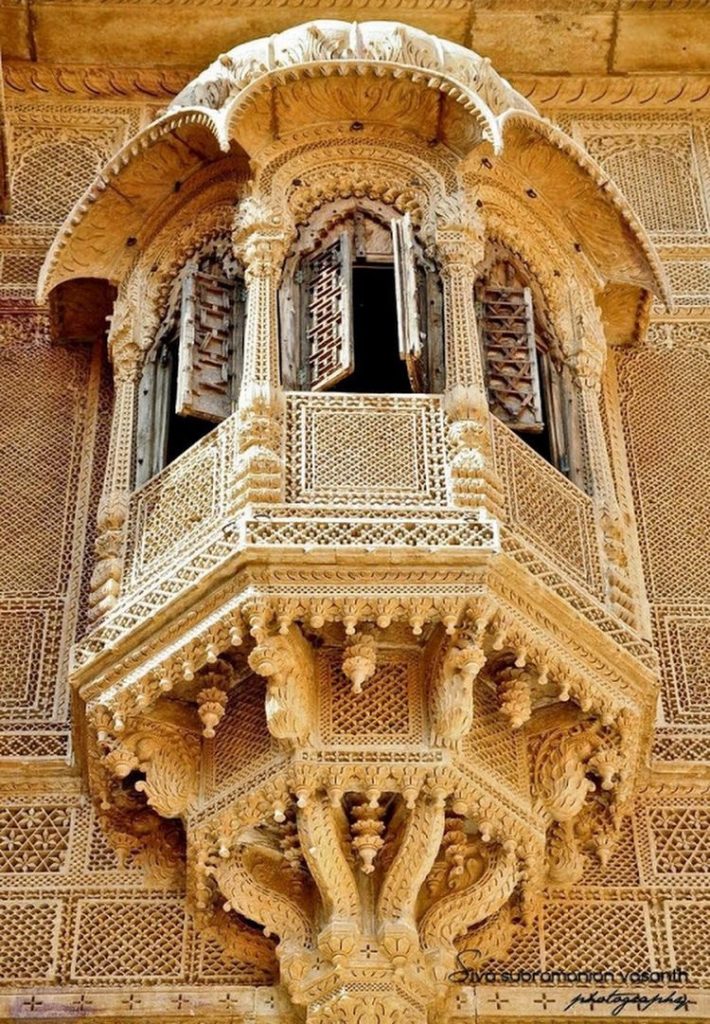 Haveli is a traditional townhouse or mansion in India, Pakistan, Nepal and Bangladesh, usually one with historical and architectural significance. The word haveli is derived from Arabic hawali, meaning “partition” or “private space” popularised under Mughal Empire and was devoid of any architectural affiliations.

Later, the word haveli came to be used as generic term for various styles of regional mansions, townhouse and temples found in India, Pakistan, Nepal and Bangladesh.

In the northern part of India. havelis for Lord Krishna are prevalent with huge mansion like constructions. The havelis are noted for their frescoes depicting images of gods, goddesses, animals, scenes from the British colonization, and the life stories of Lords Rama and Krishna. The music here was known as Haveli Sangeet.

Later on these temple architectures and frescoes were imitated while building huge individual mansions and now the word is popularly recognized with the mansions themselves. Between 1830 and 1930, Marwari’s erected buildings in their homeland, Shekhawati and Marwar. These buildings were called havelis. The Marwaris commissioned artists to paint those buildings which were heavily influenced by the Mughal architecture. Nangal Sirohi in Mahendragarh district, 130 km from Delhi, is popular for its havelis and architecture within NCR.

The havelis were status symbols for the Marwaris as well as homes for their extended families, providing security and comfort in seclusion from the outside world. The havelis were to be closed from all sides with one large main gate.
The typical havelis in Shekhawati consisted of two courtyards — an outer one for the men which serves as an extended threshold, and the inner one, the domain of the women. The largest havelis could have up to three or four courtyards and were two to three stories high. Most of the havelis are empty nowadays or are maintained by a watchman (typically an old man). While many others have been converted into hotels and places of tourist attraction.
The towns and villages of Shekhawati are famous for the embellished frescoes on the walls of their grandiose havelis, to the point of becoming popular tourist attractions.

The havelis in and around Jaisalmer Fort(also known as the Golden Fort), situated in Jaisalmer, Rajasthan, of which the three most impressive are Patwon Ki Haveli, Salim Singh Ki Haveli, and Nathmal-Ki Haveli, deserve special mention. These were the elaborate homes of Jaisalmer’s rich merchants. The ostentatious carvings etched out in sandstone with infinite detail and then painstakingly pieced together in different patterns each more lavish than the next were commissioned to put on show the owner’s status and wealth. Around Jaisalmer, they are typically carved from yellow sandstone.They are often characterized by wall paintings, frescoes, jharokhas (balconies) and archways.

The Patwon Ji ki Haveli is the most important and the largest haveli, as it was the first erected in Jaisalmer. It is not a single haveli but a cluster of 5 small havelis. The first in the row is also the most popular, and is also known as Kothari’s Patwa Haveli. The first among these was commissioned and constructed in the year 1805 by Guman Chand Patwa, then a rich trader of jewellery and fine brocades, and is the biggest and the most ostentatious. Patwa was a rich man and a renowned trader of his time and he could afford and thus order the construction of separate stories for each of his 5 sons. These were completed in the span of 50 years. All five houses were constructed in the first 60 years of the 19th century. Patwon Ji Ki is renowned for its ornate wall paintings, intricate yellow sandstone-carved jharokhas(balconies), gateways and archways. Although the building itself is made from yellow sandstone, the main gateway is brown. Another notable haveli is Seth ji ri Haveli, now known as Shree Jagdish Mahal is a 250 year old haveli and one of notable heritage sites in Udaipur city today. 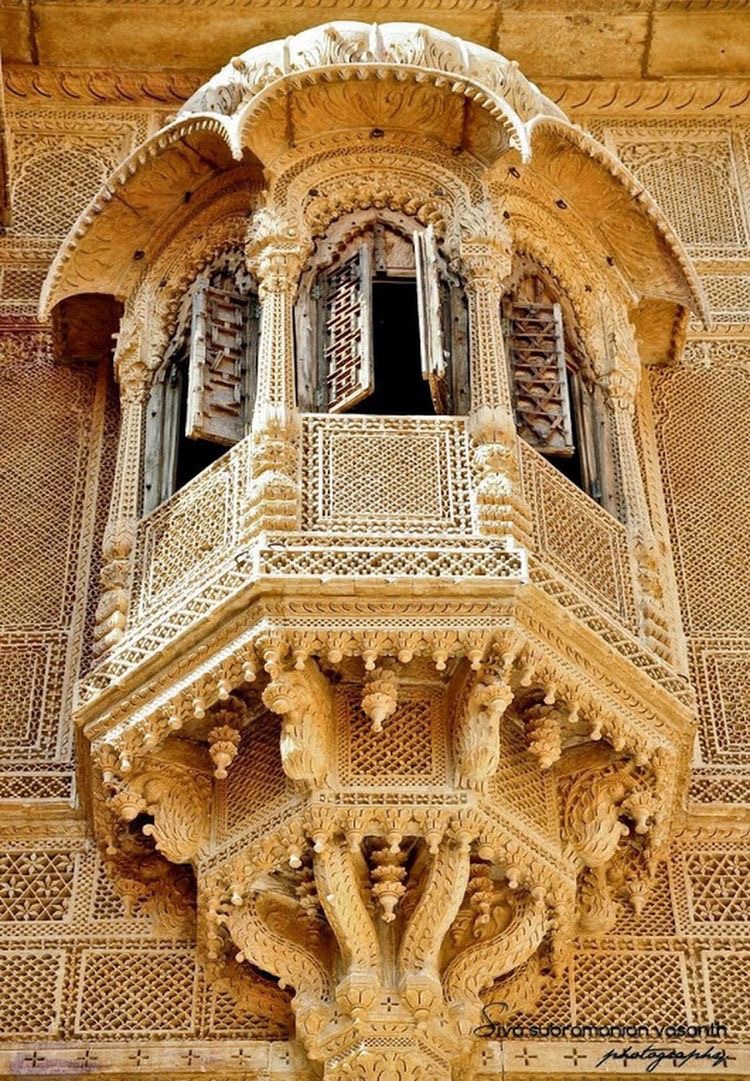 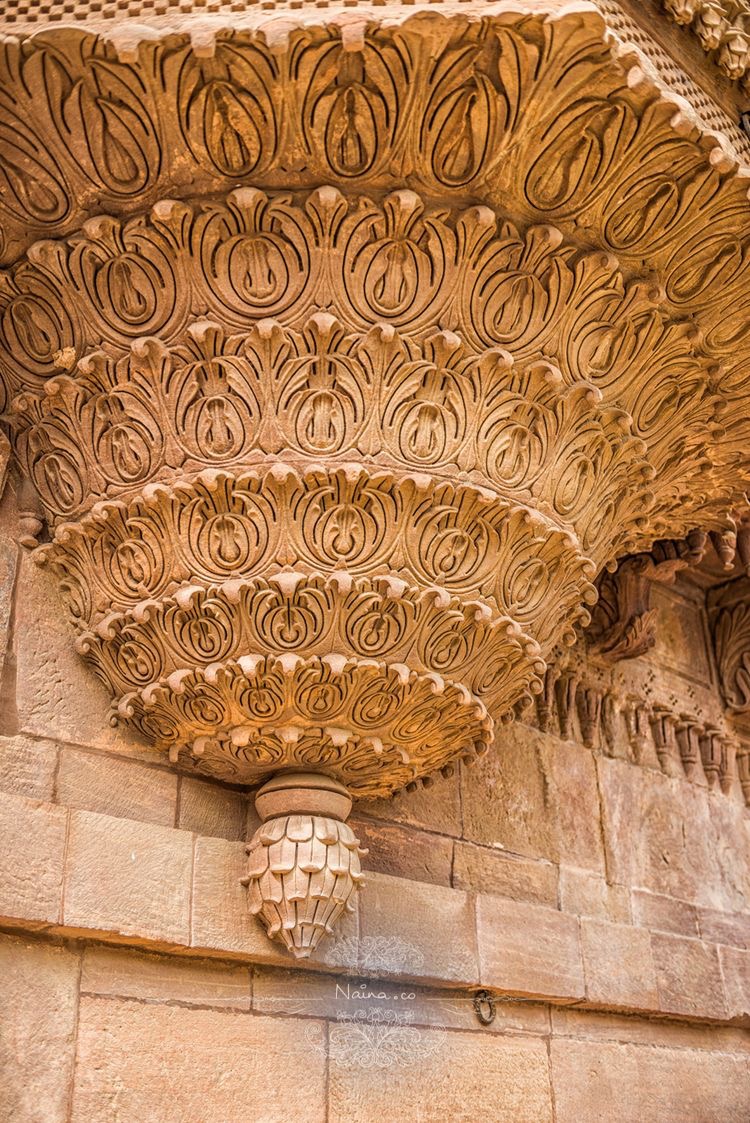