The dress Blue Ivy wore to the all stars game costs as much as your rent. 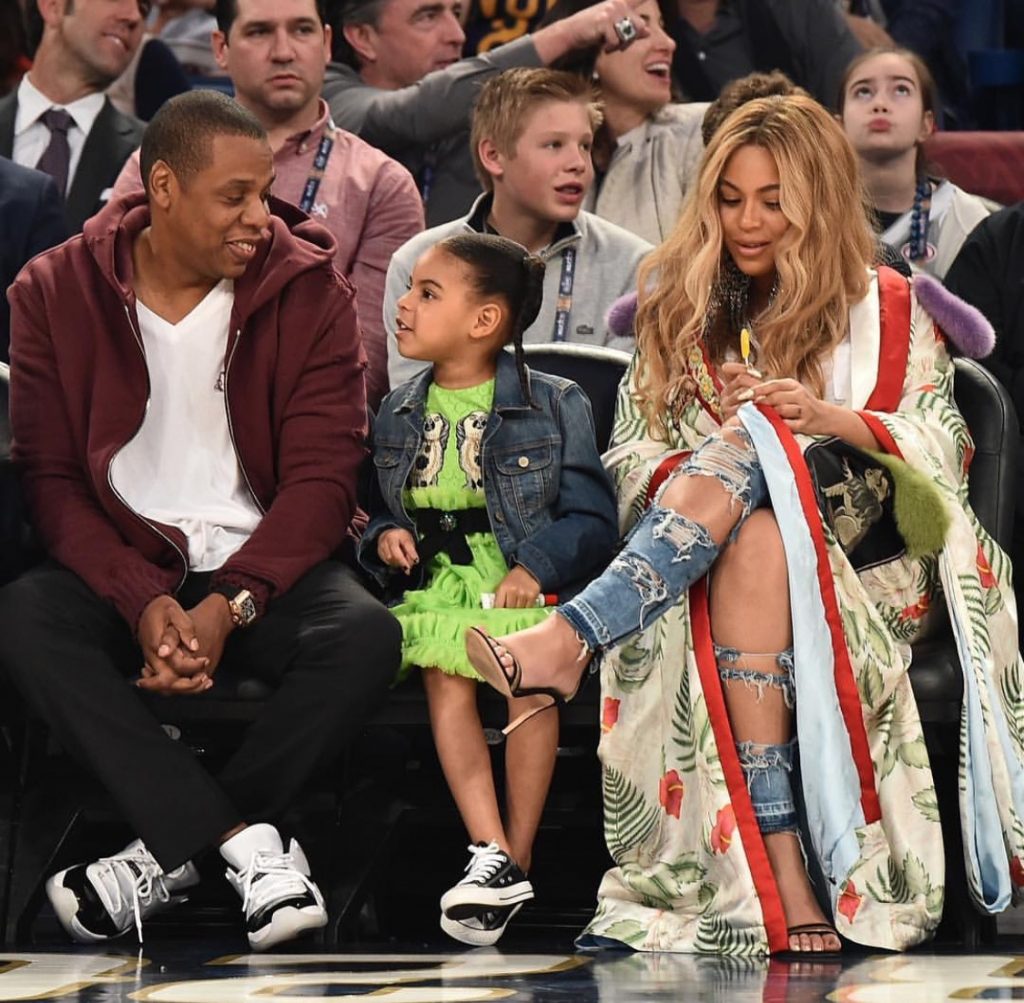 Last night, the whole Carter family took in an NBA All-Star game in New Orleans. Beyoncé and Jay Z sat courtside, along with their five-year-old daughter Blue Ivy, Peoplereports. Blue Ivy’s parents are two of the biggest stars in the world, but she completely stole the show at the game.
Let’s start with Blue’s look, which was epic. She wore a Children’s broderie anglaise dress from Gucci that costs $1,790, aka more than many adults’ monthly rent.

Blue Ivy was dressed to kill, but she also acted her age, focusing more on her cotton candy and the mascots than the game (fair, Blue—we’re the same way at sporting events.

She even made a jumbotron appearance (and let her famous parents share the screen with her, because #FamilyFirst).

Blue Ivy is such a fashionista already 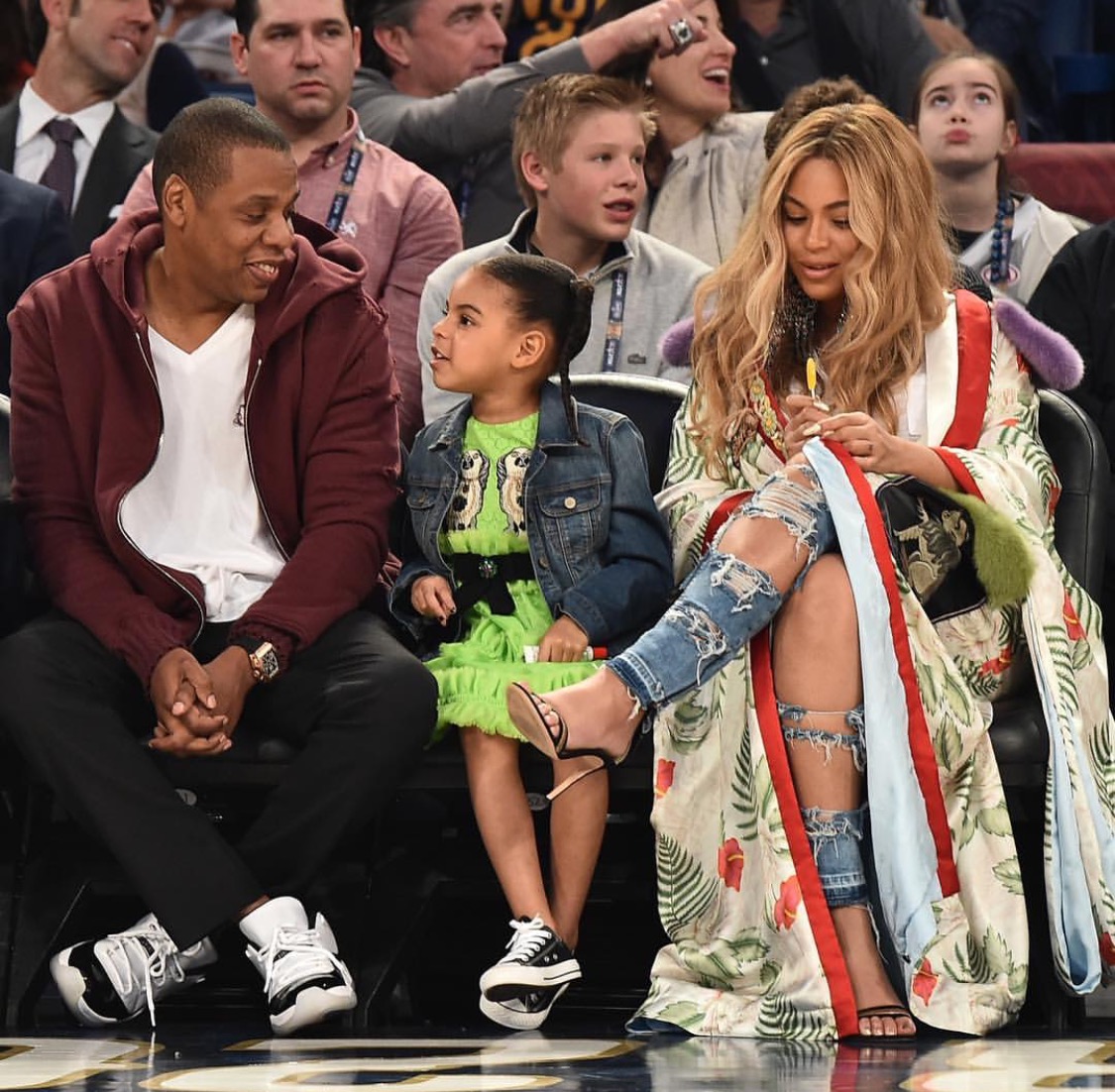 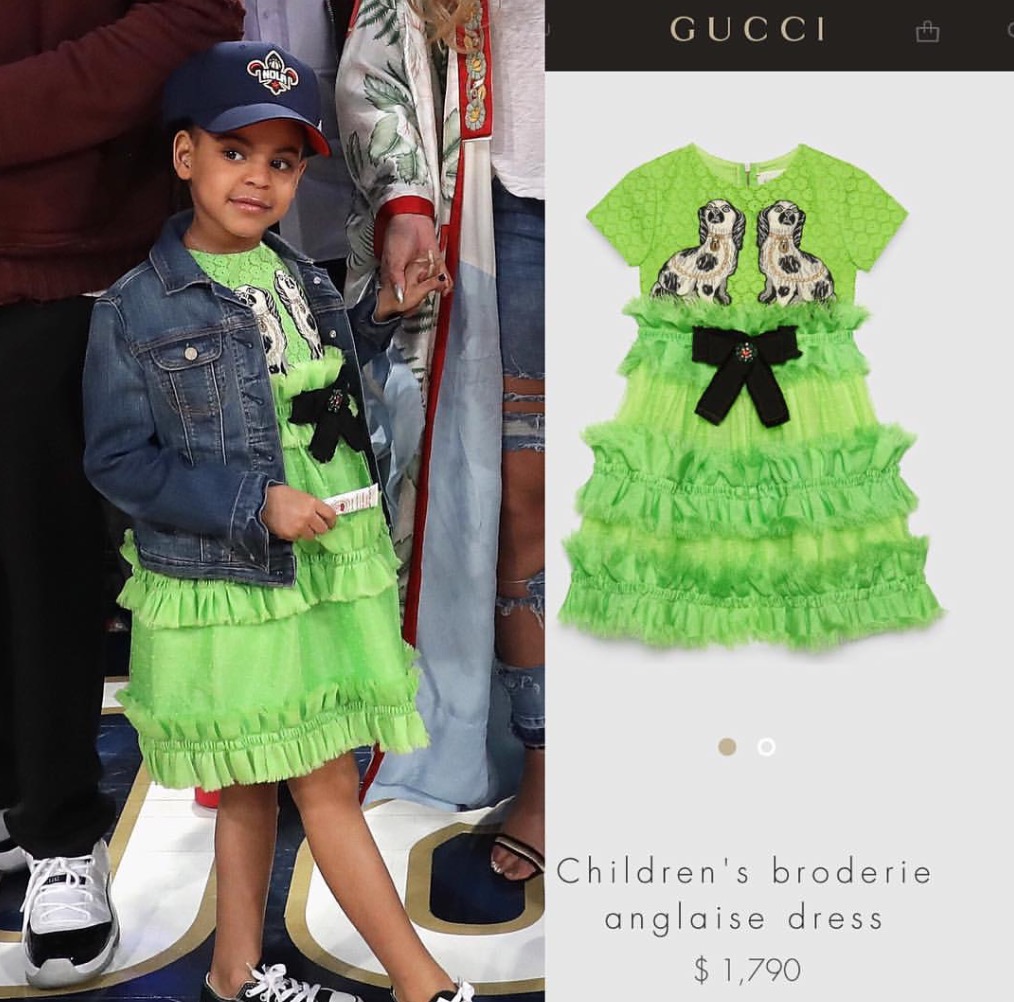 Another two on the way 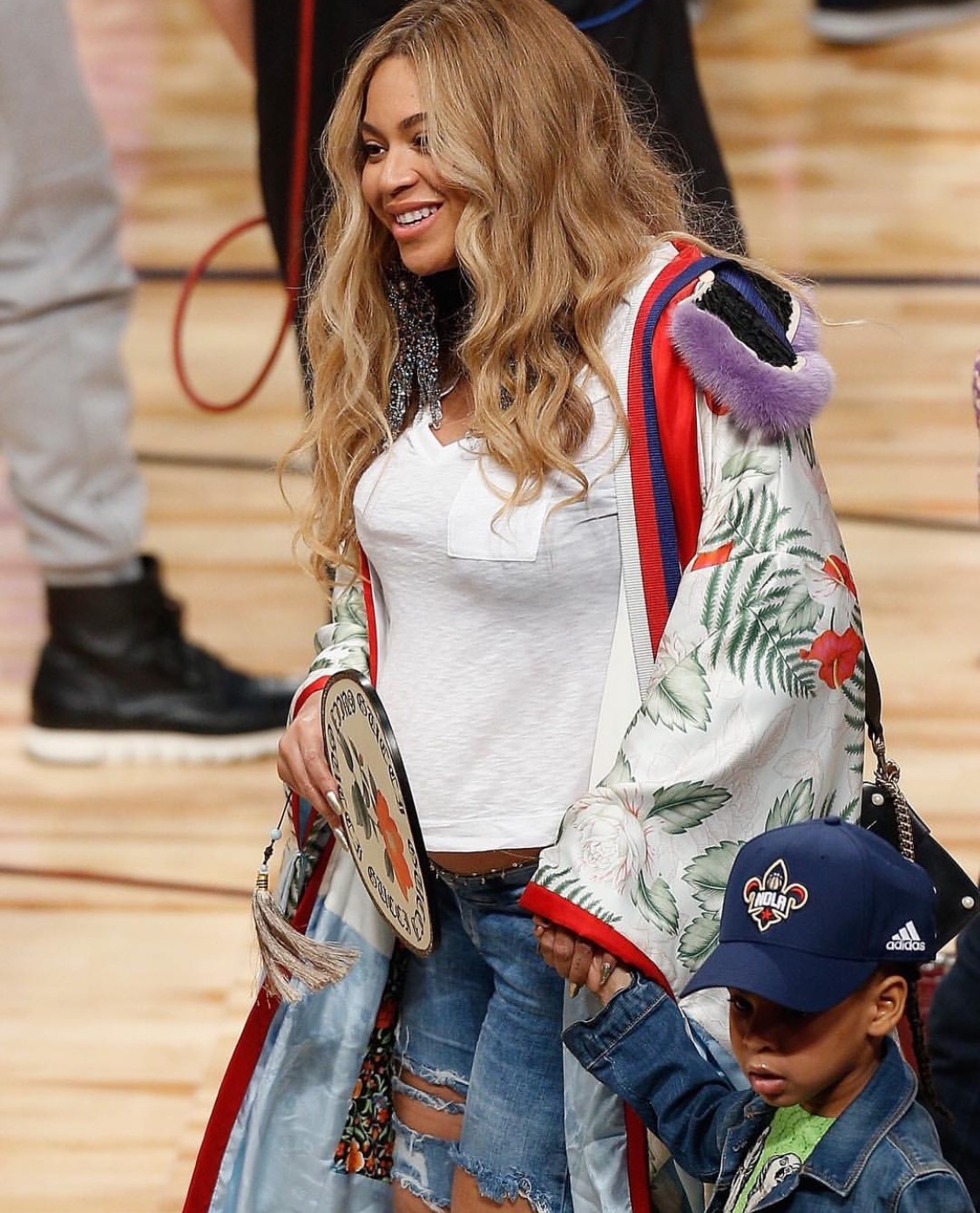 At the all star game 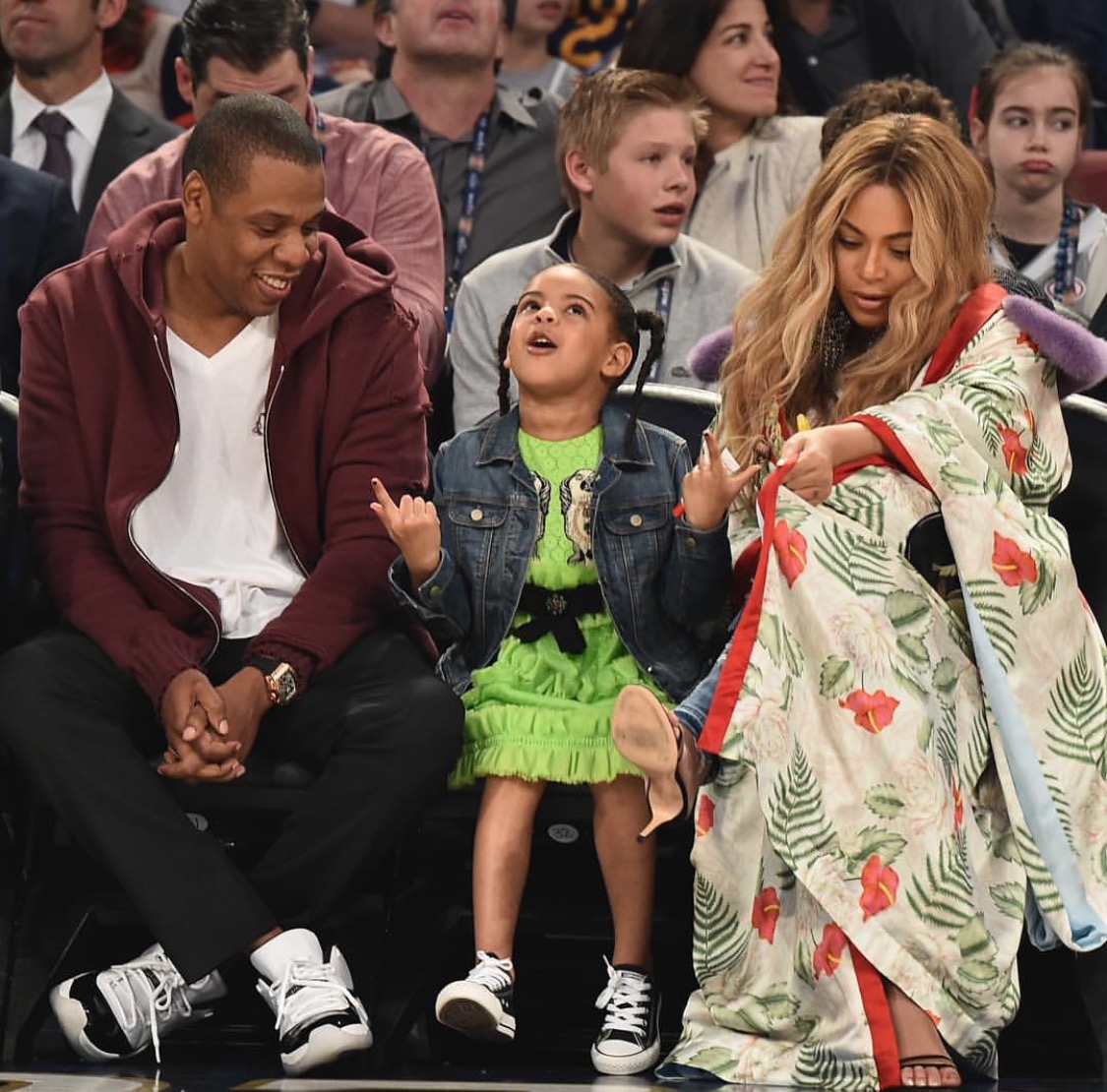 What do you think Blue is saying to mama 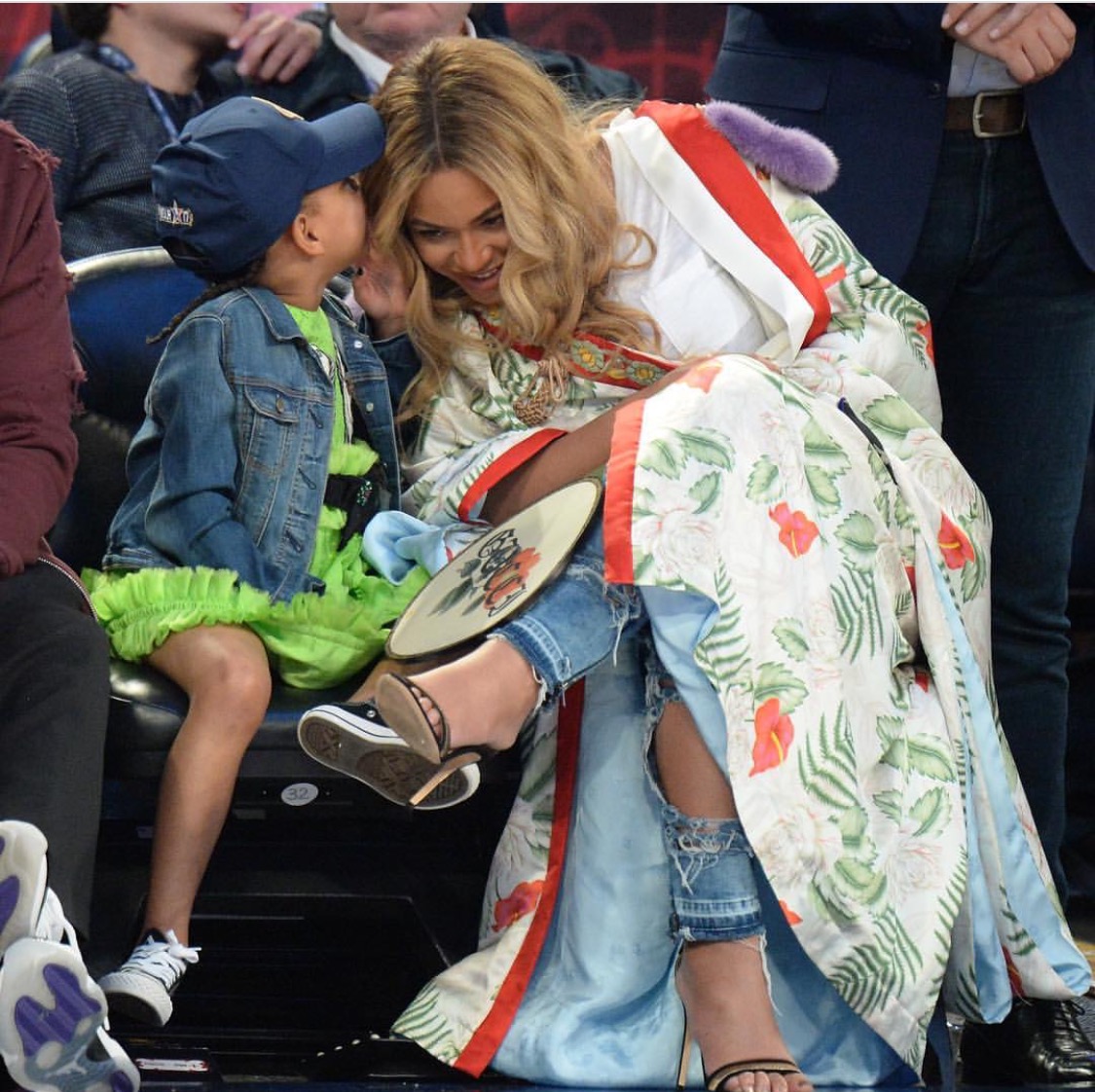 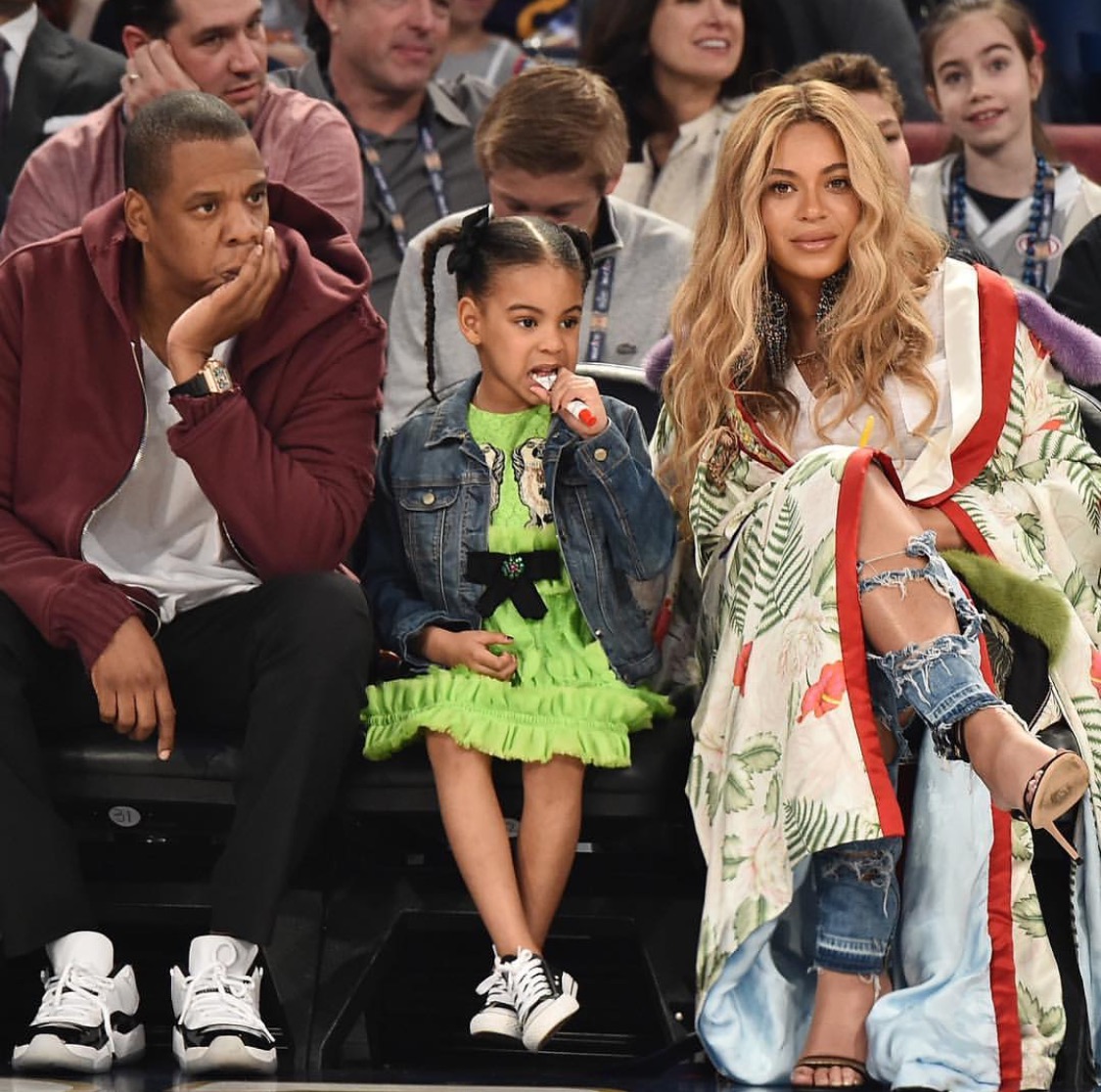 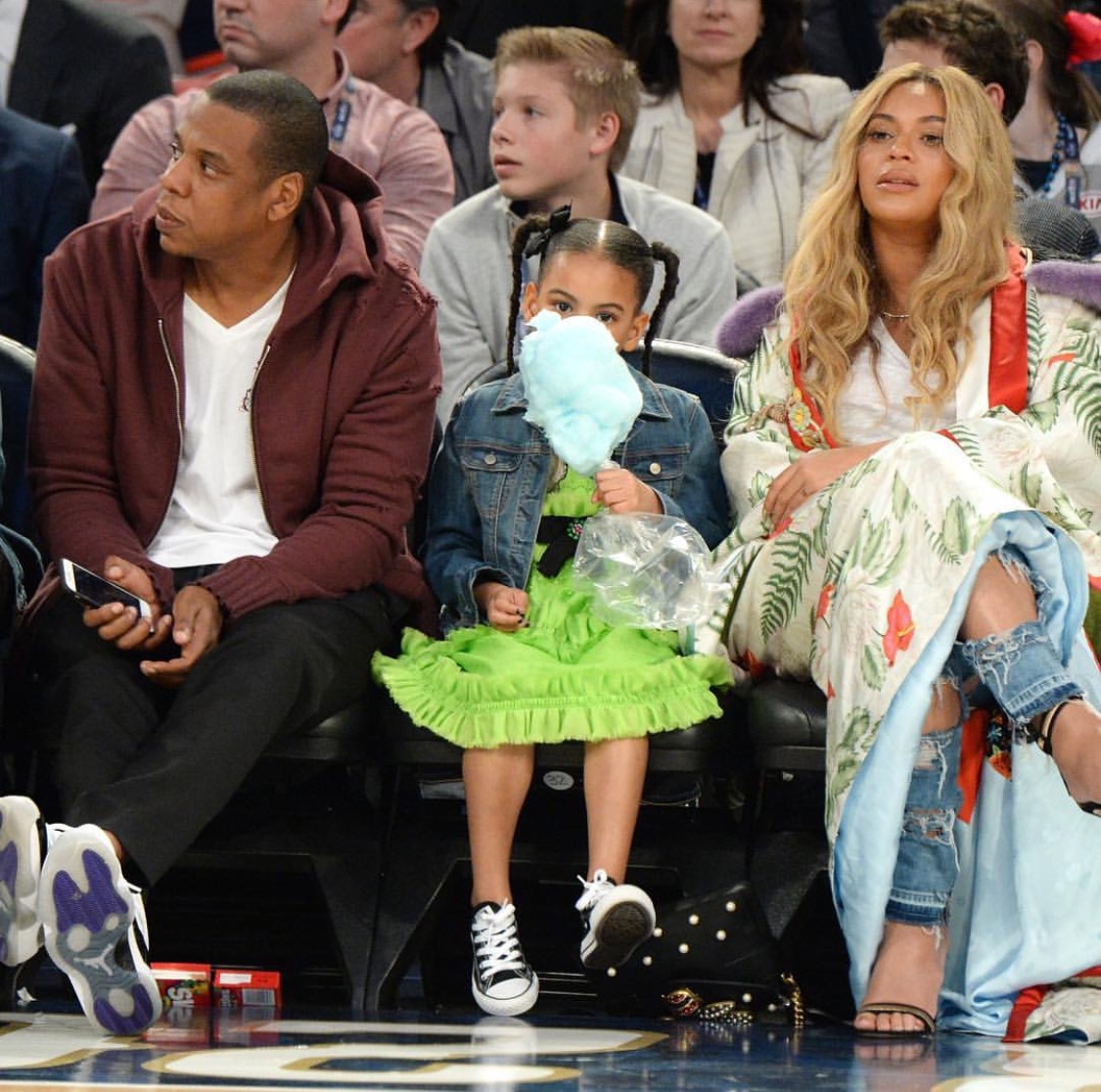 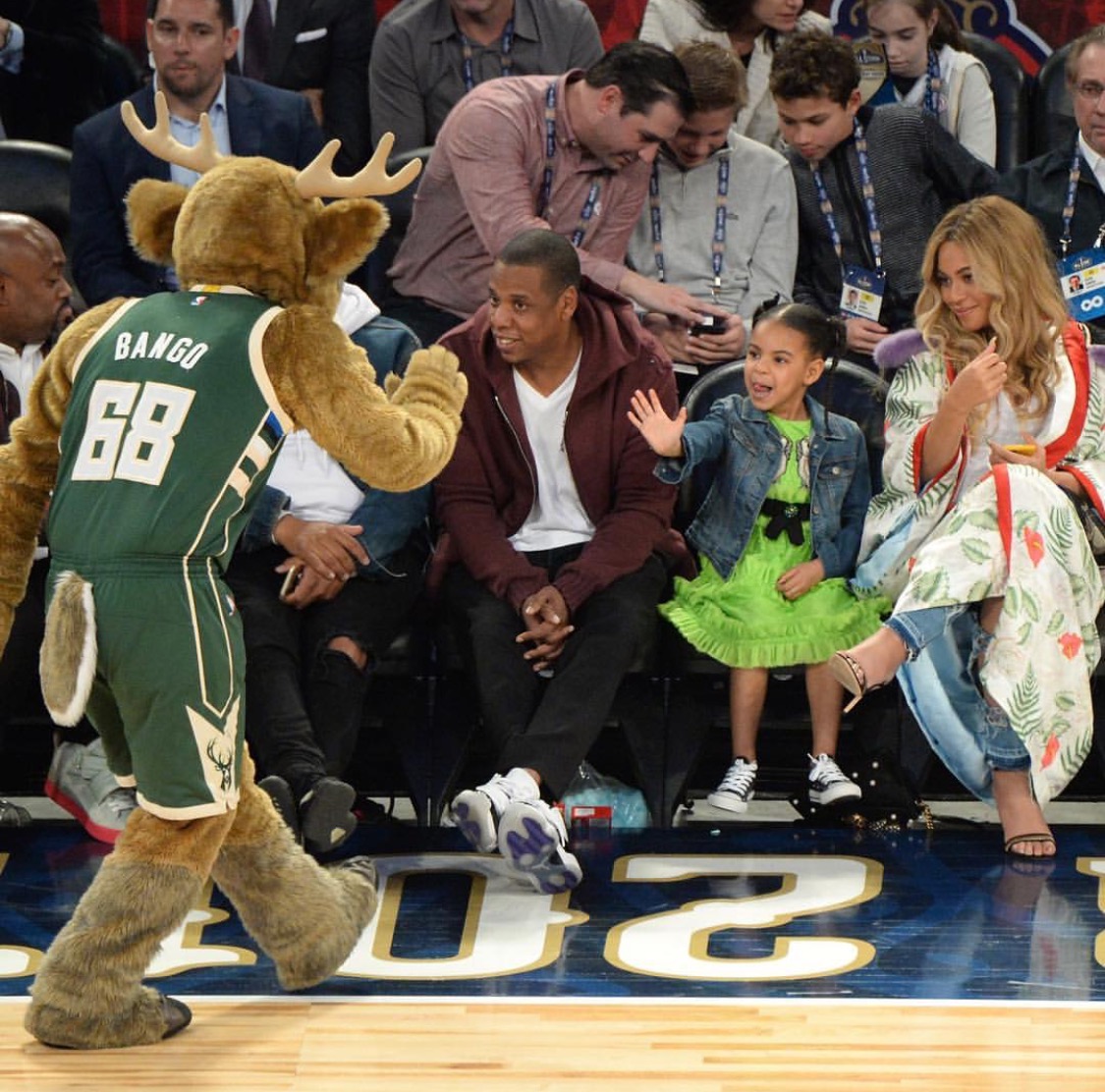 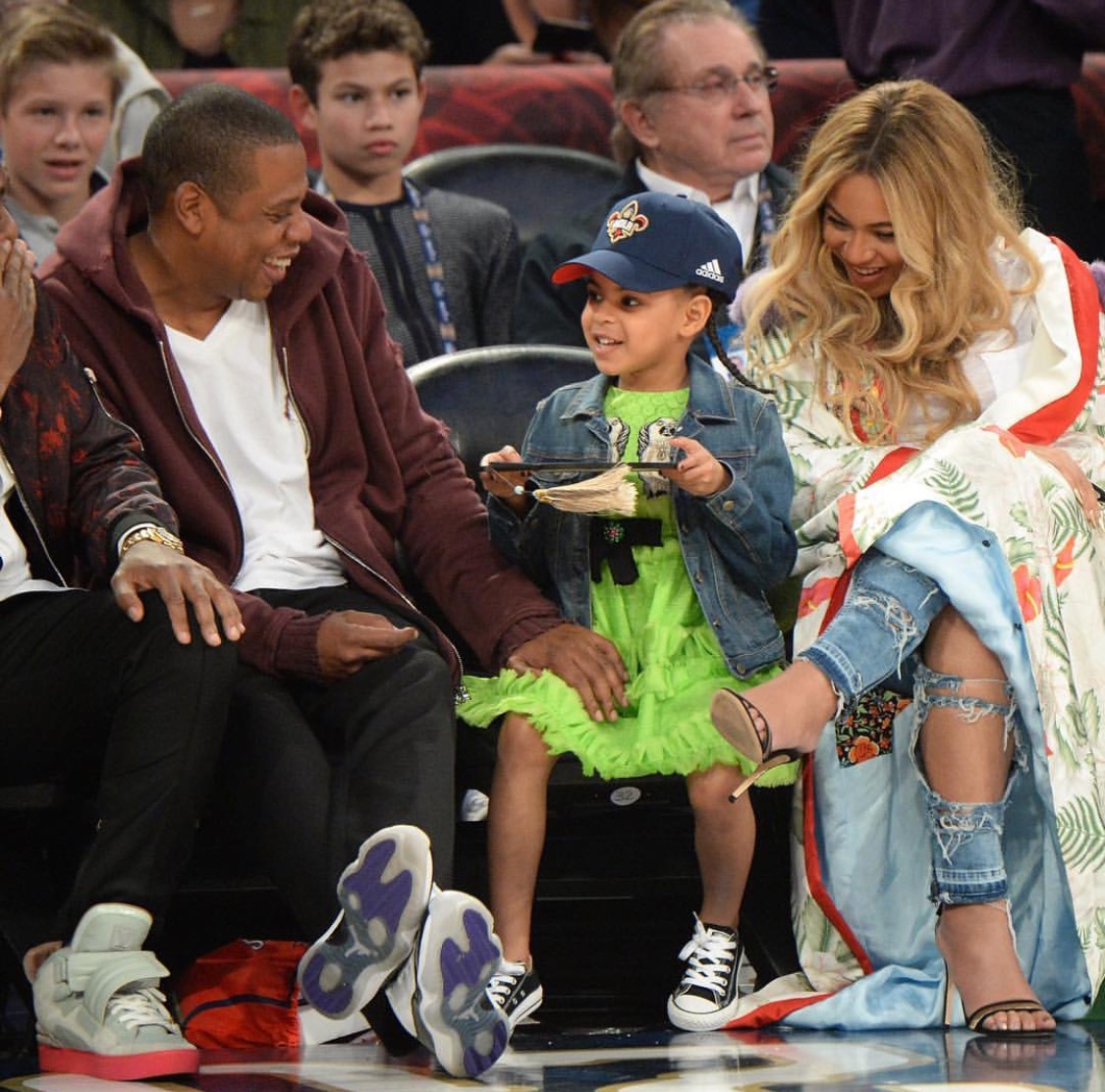 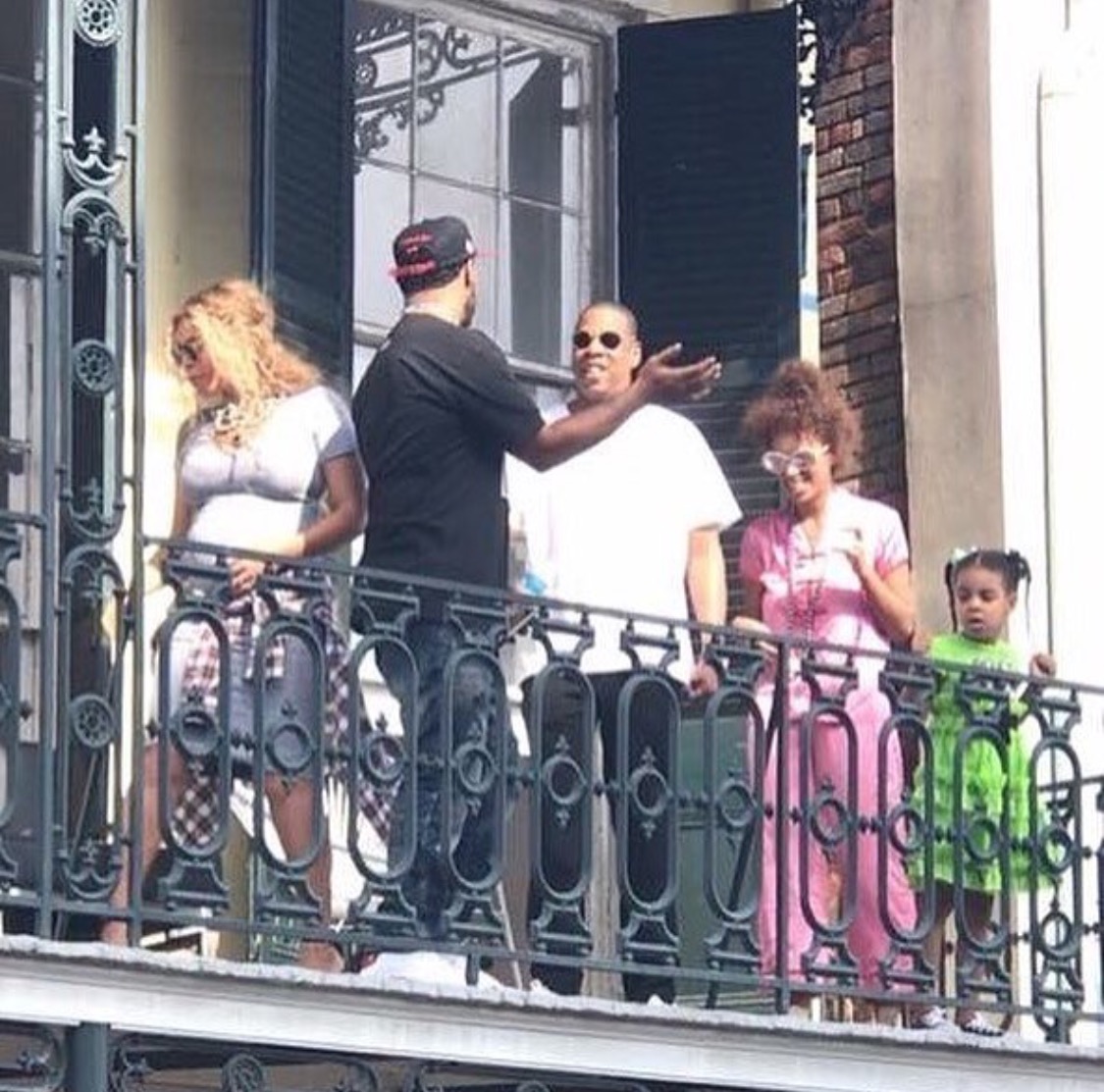 Aww she just dropped a bracelet 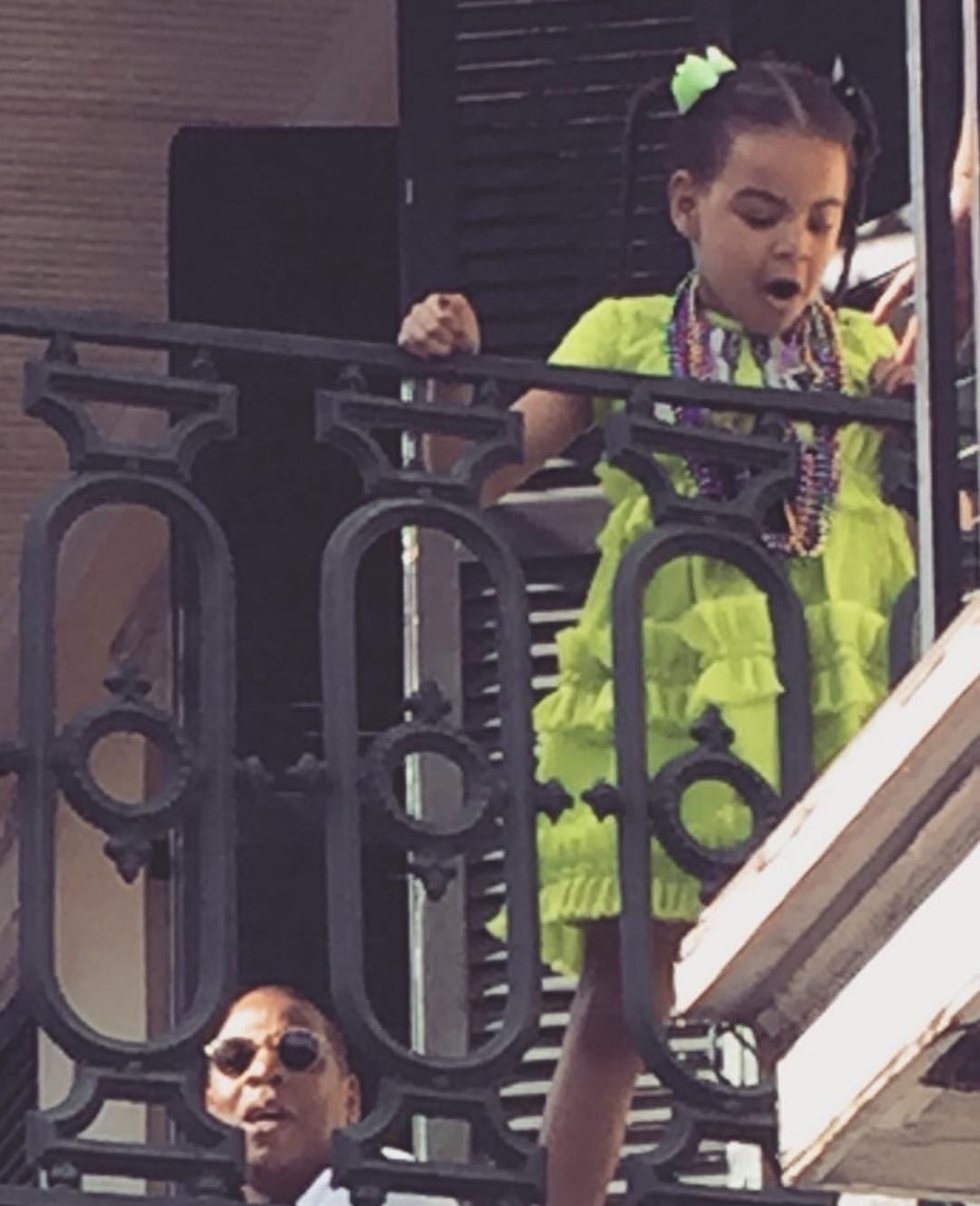