Soccer and stilettos! Freestyle footballer Racquel freestyle shows off her fancy footwork… in heels and a VERY tight mini dress 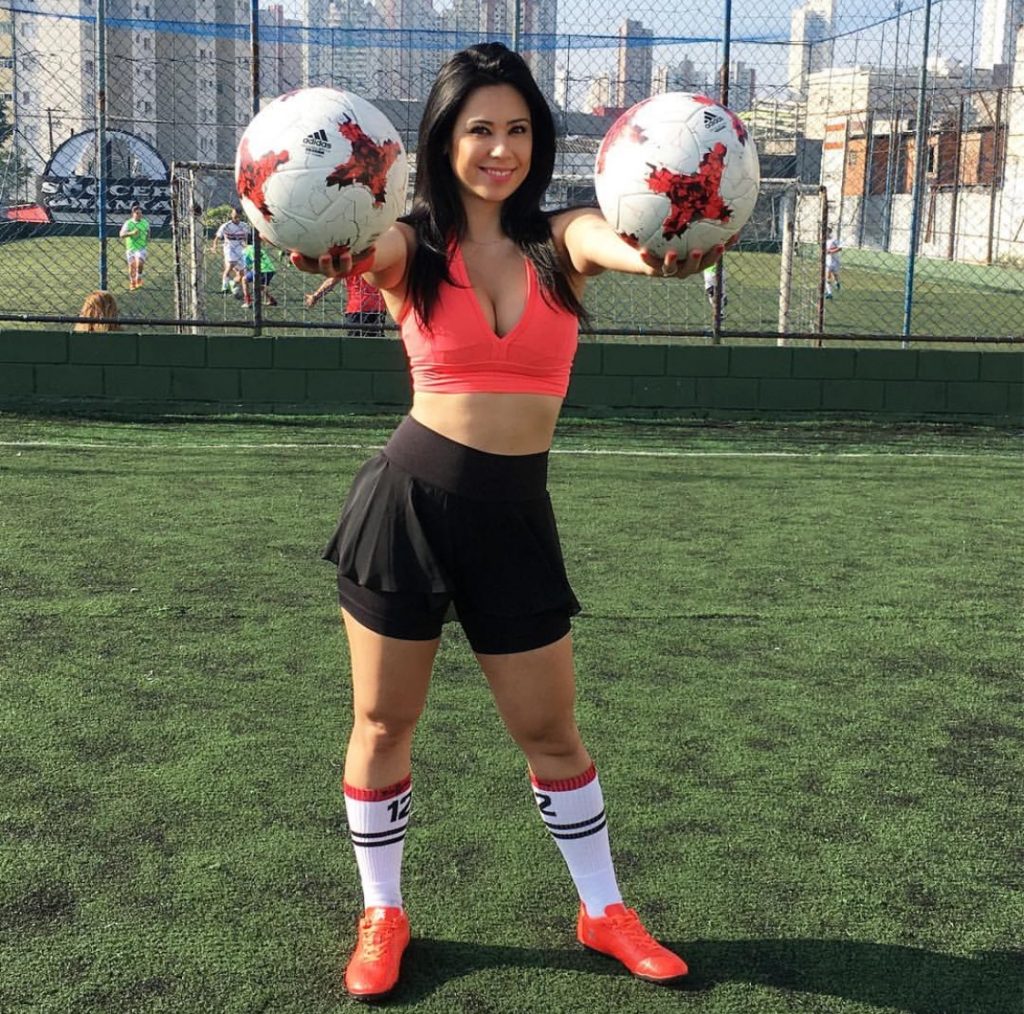 A Brazilian athlete has shown off her impressive football skills in a mini dress and high heels.

Raquel Benetti is a freestyle football player who has proven her ability to perform tricks is not inhibited by a stiletto heel.

A video of the 25-year-old performing while sitting down by the pool was recently shared on Imgur where, in the space of four days, it received a staggering 580,732 views

In the video, Ms Benetti is sitting down by the pool in a figure-hugging mini dress.

The black-and-white dress featured a plunging neckline and cutouts, and the hemline finished well above the knee.

With a pair of peeptoe stilettos on her feet, the footballer and model performs a series of tricks including passing the ball over and under her legs without it touching the ground.

Ms Benetti originally shared the video on Instagram after being challenged by retired Brazilian footballer Ronaldo Lima to: ‘Show me what you’ve got’ and ‘#raiseit’.

Having accepted the challenge, Ms Benetti set out to show off exactly what she’s capable of, much to the admiration of her followers.

‘I saw this and gotta say…damn you got some skills,’ one person wrote.

This is not the first time Ms Benetti has made headlines with her fancy footwork.

In August last year the athlete dressed as a fashion-loving girly-girl before asking to join in on a game of football being played by men.

Despite their initial hesitation they were quickly won over when Ms Benetti scored a few goals and displayed impressive footwork.

By the Daily Mail 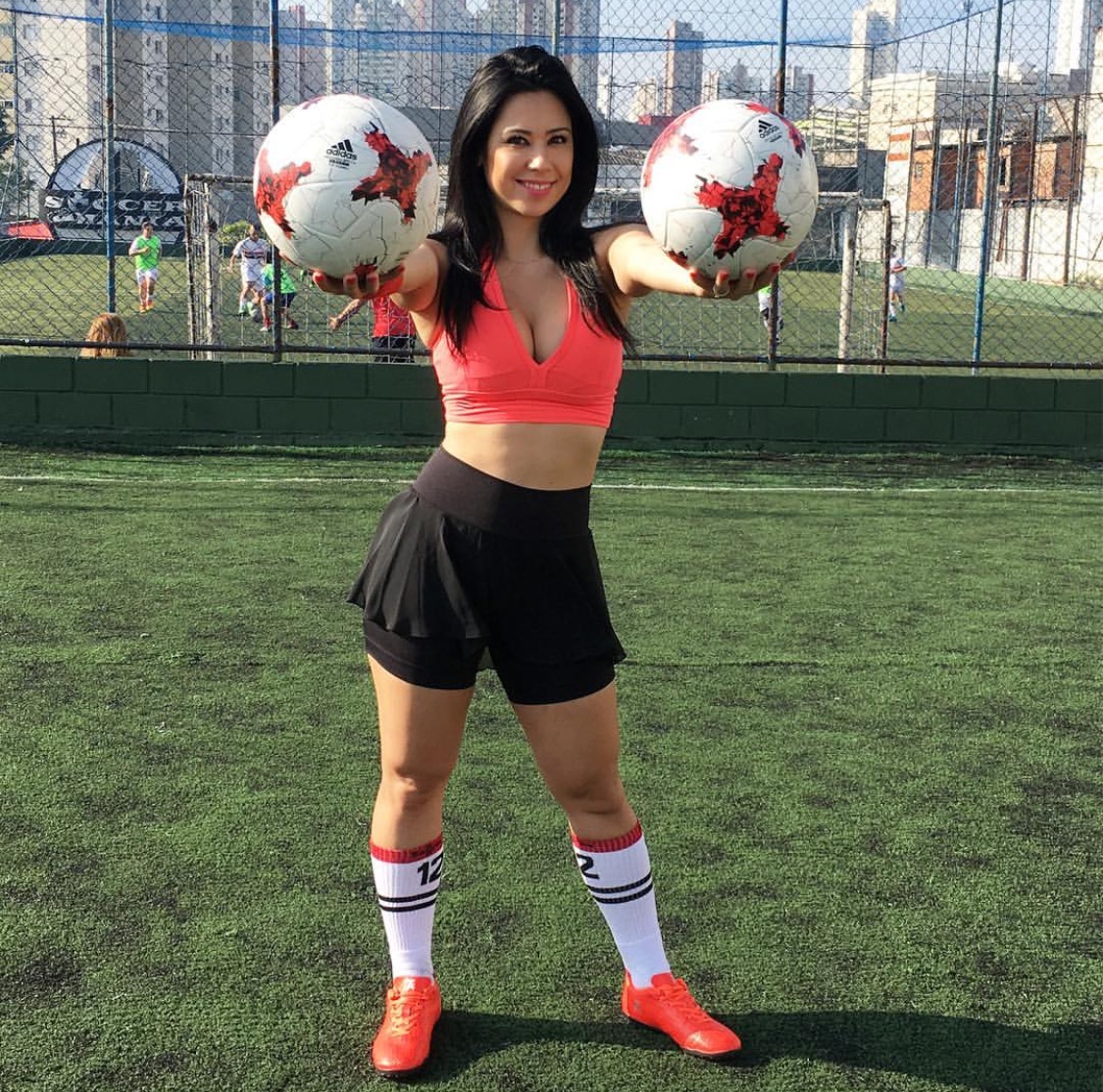 Watch out for this gal Ronaldo! 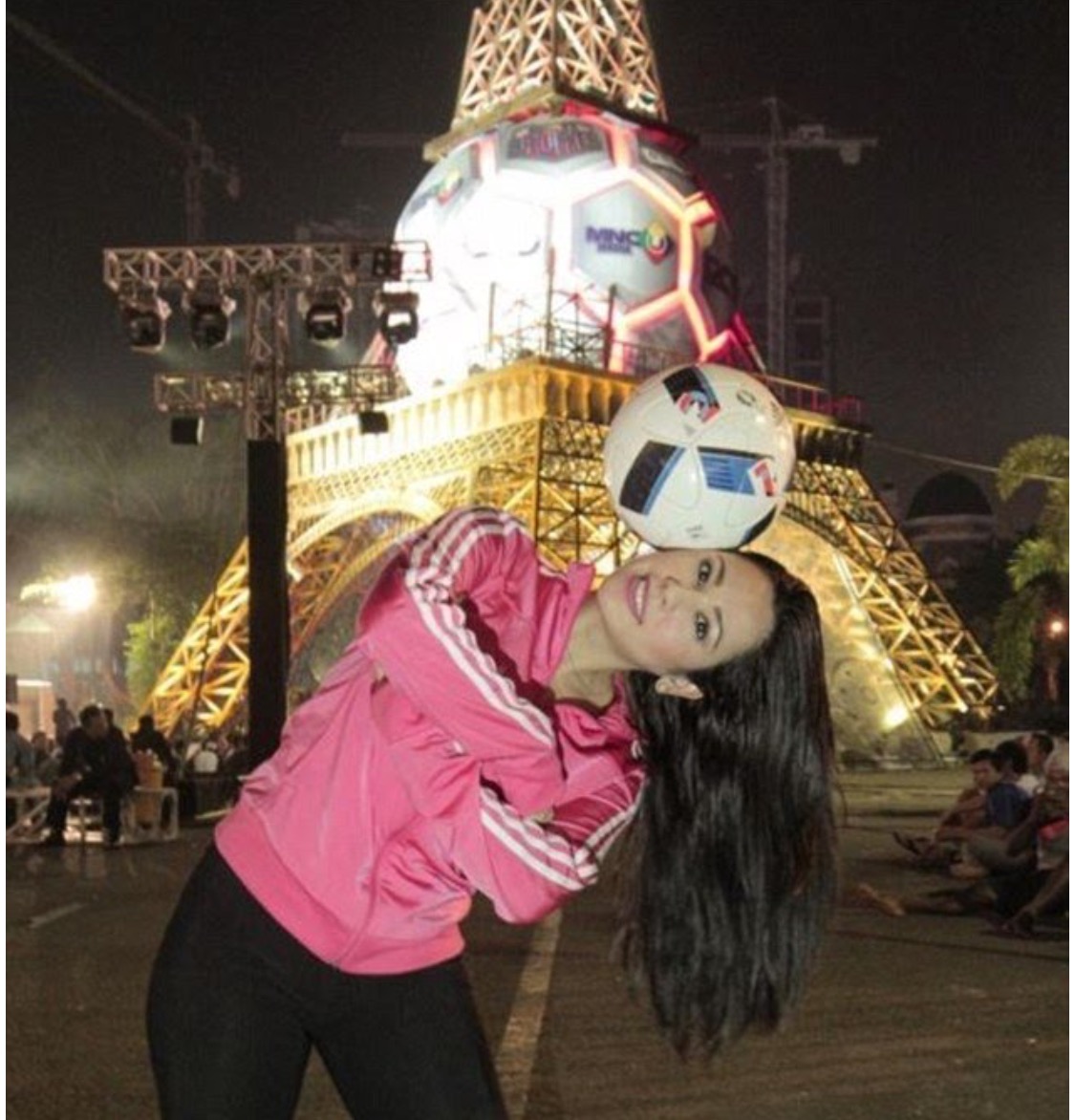 The 25-year-old performs her movements in Risqué outfits