How Philantrophic are African Billionaires? 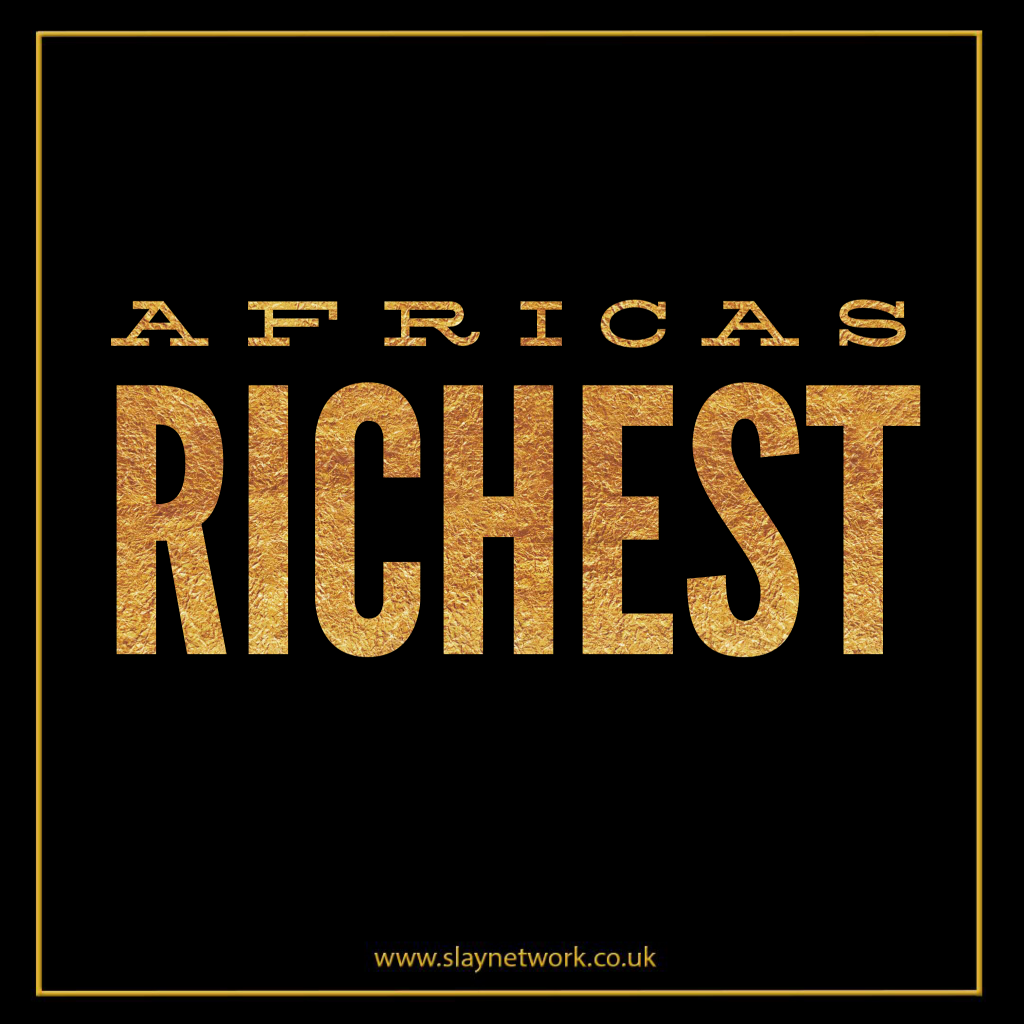 The Forbes list, which was released last Wednesday revealed that there were fewer and poorer billionaires on the African continent in 2019.
.
Nigeria’s Aliko Dangote retained his place as the richest man in Africa on the newly released Forbes’ list of African billionaires.

Having said all that, Africa’s richest people are stepping up their philanthropy. When FORBES began its annual ranking of the wealthiest people on the continent in 2011, no African billionaire had signed the Giving Pledge. Today, there are at least 4 Africans who have taken the vow to give at least half of their net worth to philanthropy, either during their lifetime or upon their death.

South African mining titan Patrice Motsepe was the first to take the pledge in January 2013; Sudanese-born telecoms mogul Mohammed Ibrahim joined in a month later. In 2014, Zimbabwe’s richest man Strive Masiyiwa took the vow, and in 2016 Mohammed Dewjianswered the call, promising to give away at least half of his wealth to philanthropic causes.
Africa’s richest man Aliko Dangote has not taken the pledge yet, but he doesn’t even have to. The Nigerian cement and sugar baron is already one of the most philanthropic people on the continent. Through his Dangote Foundation, which has an endowment of a reported $1.25 billion, Dangote has given more than $100 million over the last 5 years to causes in education, arts, and humanitarian relief. Dangote stated in the past that he wants to be Africa’s biggest philanthropist. He probably already is.

Some of Africa’s billionaires prefer to shun conspicuous philanthropy, opting instead to give quietly or anonymously- possibly for religious or personal reasons. Nigerian billionaire Mike Adenuga who is now the second richest man in Africa is revered as one of the biggest philanthropists in Nigeria. Over the years, he has given away millions of dollars to educational and religious institutions across Nigeria, and millions more to humanitarian relief and the arts. But Adenuga, who is fiercely private about his affairs, reportedly prefers to be discreet about his givings, except on occasions when he is mandated to announce publicly. In June last year, French President Emmanuel Macron conferred on Adenuga the French National Honor of Commander of French Legion. Adenuga spent millions of dollars in financing the construction of the new headquarters of the Alliance Française Lagos, which is located in the highbrow Ikoyi, Lagos area. Very few people knew of Adenuga’s involvement in the new building until the French President’s Nigerian visit in June where he was full of praise for Adenuga’s contribution to the promotion of the French language and culture in Africa’s most populous country.

Of Africa’s 20 billionaires, meet some of the more significant givers:

Aliko Dangote
Africa’s richest man is also its most generous philanthropist. His Dangote Foundation, which is endowed with $1.25 billion, has given tens of millions of dollars over the years to causes in education, arts, health and human relief. Last January, Dangote bequeathed a $3.3 million complex to Bayero University Business School. In May, Dangote donated 150 fully kitted operational cars to the Nigeria Police Force. In June, he donated 200 housing units to Boko Haram victims – mostly women and children. In July he donated more than $800,000 to the University of Ibadan and in November he donated a $2.7 million hostel to the Ahmadu Bello University in Zaria.

Mike Adenuga
Last June, the oil, banking and telecoms magnate received France’s highest national honor from President Macron in recognition of his contribution to the development of French-Nigerian relations, his appreciation of the French culture and also for the advancement and betterment of humanity. Adenuga spent several millions of dollars in constructing the new headquarters of the Alliance Française Lagos, which is located inside the Mike Adenuga Centre in Lagos. In 2011, the Nigerian multi-billionaire donated millions of dollars to flood victims in Bayelsa state in Nigeria. Adenuga has also donated millions of dollars to several educational and religious institutions in Nigeria and Ghana. In 2016, former Ghanaian President John Mahama honored Adenuga with Ghana’s highest national honors for his philanthropic pursuits in the county.

Nicky Oppenheimer
South African Nicky Oppenheimer and his family created the Brenthurst Foundation in 2004. It essentially operates as a think tank, generating ideas and policy proposals to strengthen economic expansion in Africa. The Brenthurst Foundation convenes high-level private meetings to encourage key decision-makers and experts to share insights and experiences. Oppenheimer and his family also fund the Oppenheimer Memorial Trust (OMT), which makes grants to public benefit organizations and institutions, principally in the education sector. It also supports the arts and a range of civil society organizations engaged in policy research and advocacy work. The Oppenheimer family donated $80 million to OMT in 2012.

Patrice Motsepe
Patrice Motsepe was the first African to join the Giving Pledge in 2013. His Motsepe Foundation, which is devoted to alleviating poverty and improving the living standards of the country’s poor, focuses on different sectors including education, sports, the arts, religious and traditional organizations, and women issues. Some of its activities include funding higher education scholarships, sports leagues and music education at schools, meetings between traditional leaders and government officials, and gender responding budgeting initiatives. In December, Motsepe pledged to donate $250 million towards furthering the country’s land reform programme.

Mohammed Dewji
In 2016 Tanzanian billionaire Mohammed “Mo” Dewji joined the Giving Pledge, promising to give away at least half of his wealth to philanthropic causes. Dewji’s Mo Dewji Foundation focuses on three areas: health, education, and community development in Tanzania. Over the last five years, the Mo Dewji Foundation has spent more than $3 million in grants and other forms of funding for community service projects, supporting schools, hospitals and water wells.

Strive Masiyiwa
Zimbabwe’s richest man created the Higher Life Foundation in 1996 with his wife. The foundation funds scholarships for orphaned children in Zimbabwe, Burundi and Lesotho to attend primary, secondary and high education schools. The organization provides bursary awards, scholarships, food packs and medical assistance to the children. The charity also funds the construction of libraries and other resource centers where beneficiaries can access educational materials.

Folorunsho Alakija
Last October, Nigeria’s Richest Woman Folorunsho Alakija donated a Skills Acquisition Center to Yaba College of Technology, a higher educational institution located in Lagos. In 2016, Alakija and her husband donated a $2.7 million building to the Ajayi Crowther University, in Oyo, Nigeria. In April 2017 she donated $700,000 to the University of Osun and has started building a pediatric hospital for the same institution. Her Rose Of Sharon Foundation gives grants to destitute widows across Nigeria and financial independence & educational opportunity for widows and orphans through programmes that assure ease of socio-economic integration.
The Sawiris family
In 2001 Onsi Sawiris, the patriarch of the Sawiris family business dynasty of Egypt founded the Sawiris Foundation For Social Development, a charity that provides micro credit to Egyptian entrepreneurs and grants scholarships to outstanding Egyptian students in tertiary institutions.  Onsi’s sons, Naguib, Samih and Nassef all sit on the board of the foundation.
Mohamed & Yasseen Mansour
The Mansour brothers are the financial backers of the Mansour Foundation for Development, a non-profit organization involved in welfare and socio-economic development of the Egyptian society through education, health, and capacity building. Among other things, the foundation offers scholarships to indigent Egyptians, rehabilitates infrastructure at local educational institutions, and provides critical infrastructure to medical institutions in low-income areas in Egypt.

Abdulsamad Rabiu
Nigerian cement and sugar billionaire Abdulsamad Rabiu is the chairman of the BUA Foundation, which funded the construction of the Centre for Islamic Studies at the Bayero University in Kano in Nigeria. In 2015, Rabiu donated more than $1 million towards the Boko Haram Victims Support Fund. The BUA Foundation is also in the process of constructing a $20 million, 220-bed specialist hospital in Kano. 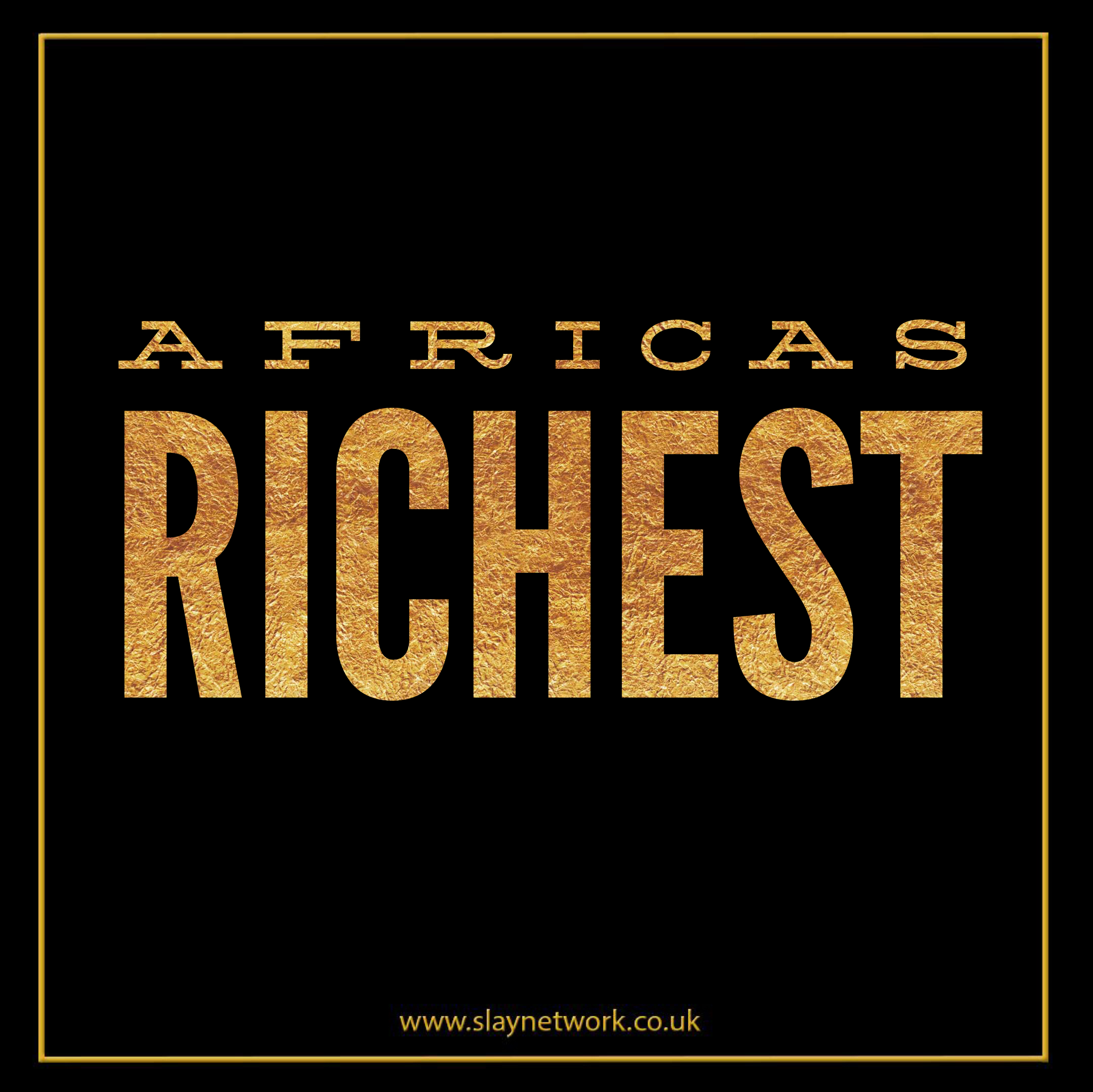