DJ Khaled celebrated his birthday yesterday in the cutest way 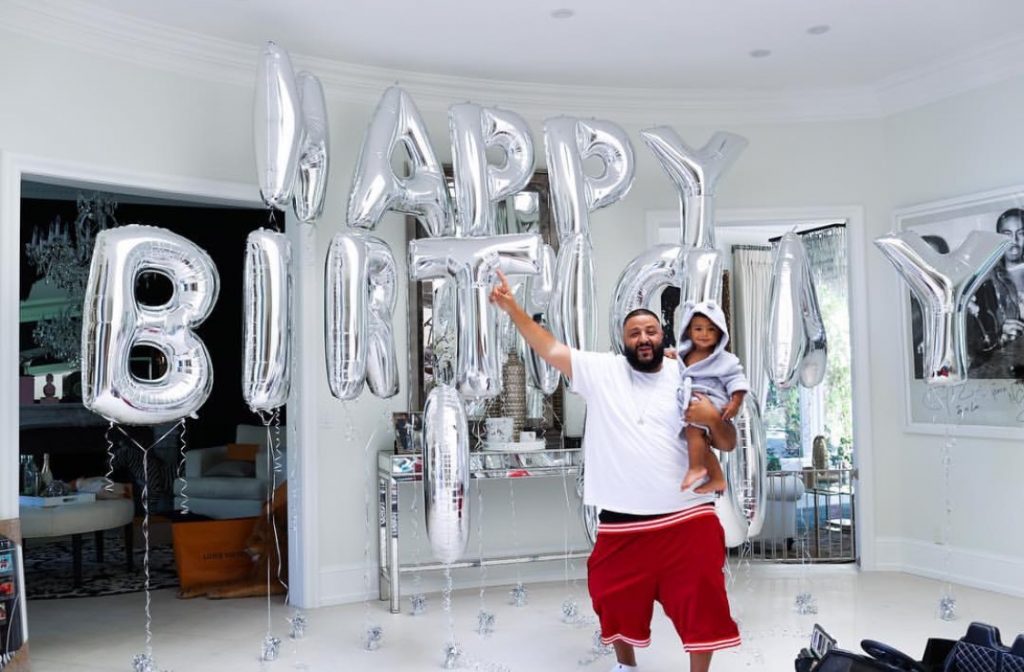 Aww, we love Slaylebrity Dads like DJ Khaled who are so hands on! Yesterday was DJ Khaled’s birthday (42yrs) and he shared the most adorable birthday video in Instagram dancing with his slay bambini.

As you all know DJ Khaled has an extremely soft spot for his little prince.

Just last month he threw his little one Asahd an epic jungle party to celebrate his 1st birthday. No expense was spared at this party.

Khaled and his partner Nicole Tuck bought out Miami’s newly renovated nightclub Liv at the Fountainebleau on Sunday for an extravagant jungle-themed celebration. Diddy also made an appearance, playing host to the event and helped sing “Happy Birthday” to the smiling 1-year-old.
The usual bar and bottle scene was subbed out for the more kid-friendly baby valet, which had mini luxury cars available to the energetic children to ride in style around the club. Dancers were appropriately dressed-up in animal costumes and Khaled somehow achieved the feat of bringing real-life tiger cubs into The Lion King-inspired affair. Fat Joe’s wife, Lorena Cartagena, and their daughter were also in attendance Saturday.

Donning a king’s crown and matching paisley patterned baby blue dress shirts with his father, the Khaleds were presented with fresh plaques for their 2017 music achievements. Diddy commemorated the Asahd-executive produced album, Grateful, for going platinum in addition to the Chance the Rapper, Lil Wayne and Justin Bieber-featured single “I’m The One” becoming 5x certified platinum this year by the RIAA.
It seemed Asahd enjoyed quite the weekend, stepping into his second year while even making a guest appearance with his dad on Complex’s Sneaker Shopping, where the baby mogul showed off his favorite exclusive Air Jordans. 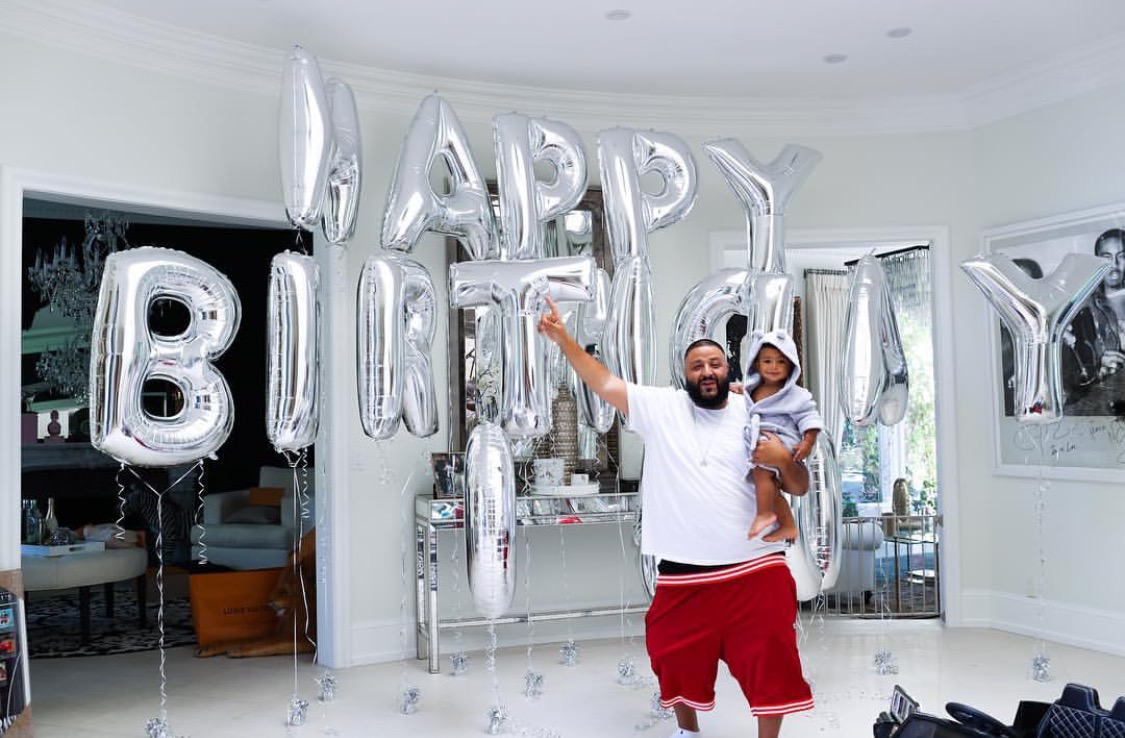 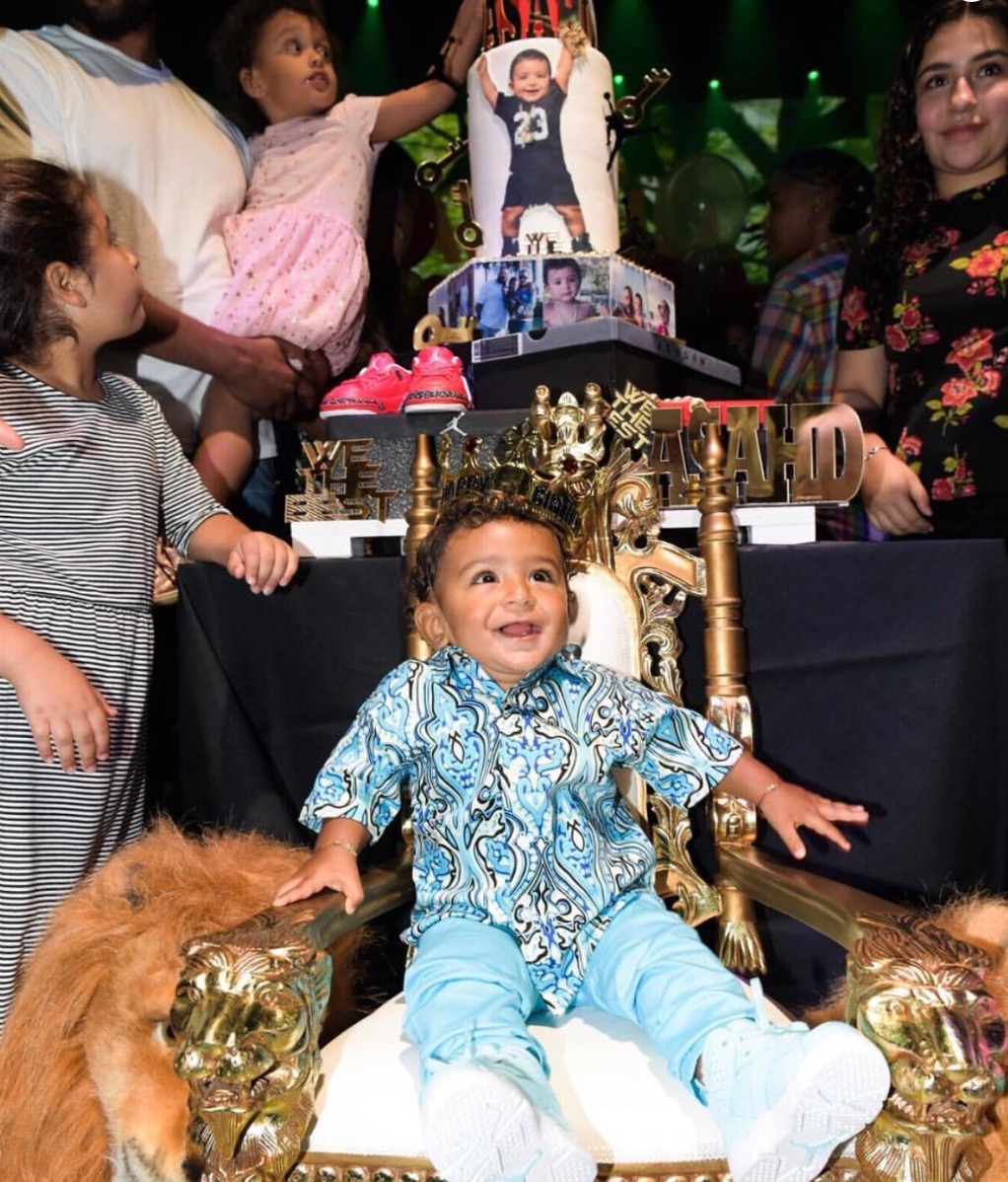