It’s no secret that connoisseurs of every stripe are inclined to splurge on the best, but this cigar case might take the cake. Imperiali Genève just launched the Emperador, a Swiss-made chest that took over two years and more than 100 craftsmen to create. The company is calling it “the most prestigious cigar chest in the world,” and its price tag (a cool $1 million) reflects that. So just what exactly makes the Emperador worth it? Like many of the best luxury items, the Emperador blends traditional techniques and innovative technology.

The chest, which is passcode-protected and operated via touchpad, is composed of over 2,600 pieces of glass and aluminum. A proprietary system turns the case’s air into water in order to guarantee optimal temperature and humidity in any climate, which is maintained by its insulation: the same used by NASA in astronaut spacesuits. The Emperador also contains the largest tourbillon timepiece ever created by Swiss watchmaker Fabrice Thuler, a 323-part watch with a dramatic black lacquer dial. A built-in cutter, ashtray, and lighter ensure you’ll never be without the proper accessories.

“Having lived most of our lives in Switzerland, we were passionate about the intersection of design and mechanics,” said Stéphane Nazzal, who co-founded Imperiali Genève with David Pasciuto. The case derives from Swiss tradition aesthetically, too. “We wanted to use the essence of Switzerland as a focal point, so we developed the design around the concept of a safe, and added in gold details,” a nod to the country’s banking history. If black isn’t your color, though, the case can be customized with alternate metal and wood options. And of course, the case comes preloaded: 24 gold-leaf rolled Nicaraguan and Honduran cigars rest in individual glass tubes, ready for your enjoyment. Only 12 Emperadors will be produced per year, so get your order in now.

Would you spend over six figures on cigar? 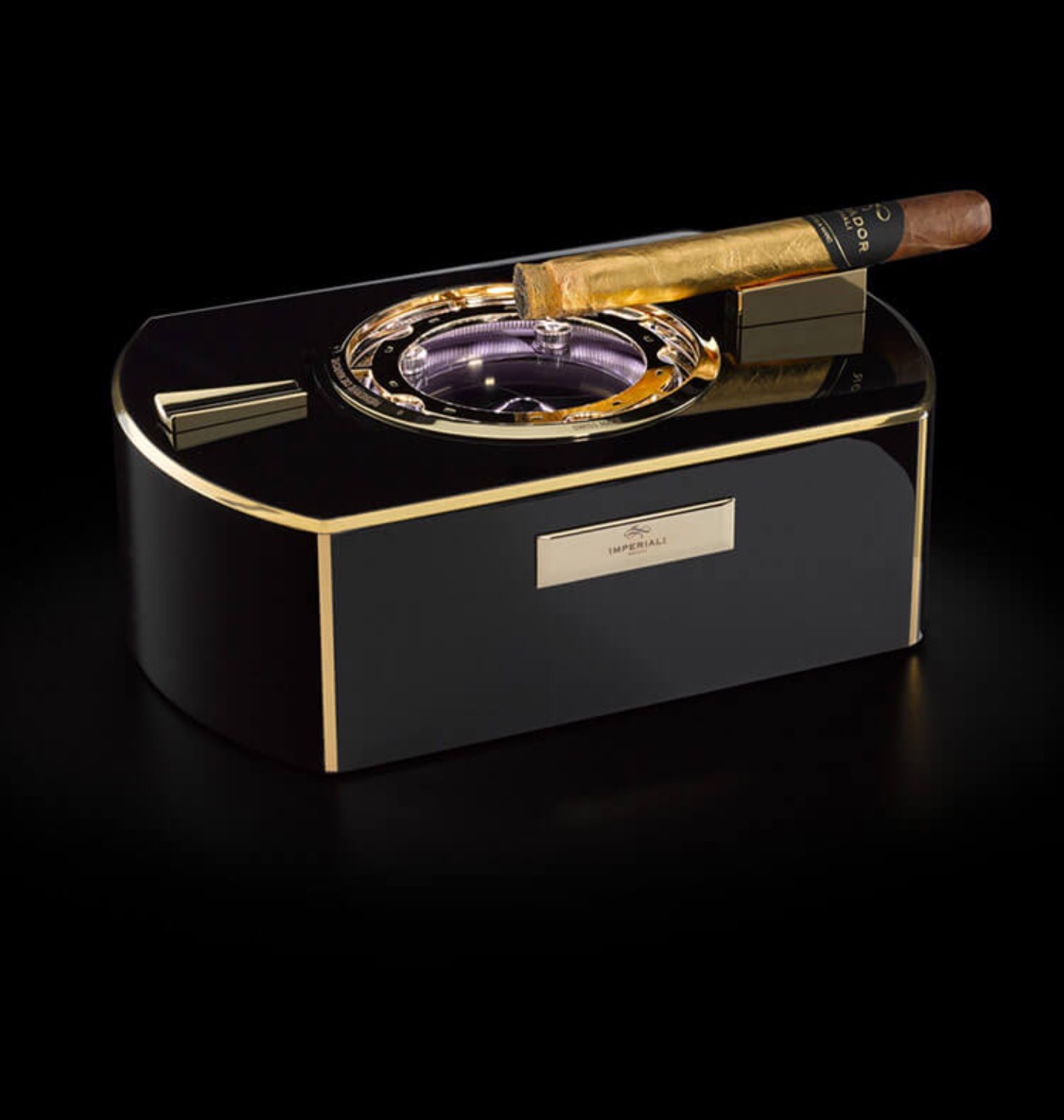