This is why I deleted Netflix

Netflix can be a wonderful thing because it can serve as a way to relax and unwind. Some may find their way of unwinding to go on a jog but, Netflix can also serve as this vital time in what should be everyone’s day. Initially, the television was and still is a very prominent aspect in the life of society. The television has an endless amount of channels that can show anything one could ever wish for.

Yet, with the television, there is always the downside of advertisements. With what feels like hours of advertisements, watching a movie can take almost twice as long to finish. However, Netflix has realized this problem and has provided the ability to stream virtually any episode or movie desired within seconds, and without the horrifying agony of sitting through minutes upon minutes of dreaded advertisements.

I have fallen into the vicious cycle of Netflix. With the knowledge of having a plethora of assignments to complete, I convince myself that I needed a break and time to unwind before starting my work. I persuade myself that I will only watch one episode however, once that little window with the intriguing photo of the next episode shows its face with the ten-second countdown timer, I can’t resist.

How can I? The next episode enters into fullscreen mode, safeguarding me from the horror of noticing the amount of time that has passed. Before I know it, my afternoon has disappeared in front of my eyes, literally.
Don’t get me wrong; I love Netflix. I understand the allure of having countless titles at your fingertips to watch. I understand the terror of having to watch advertisements. I just wish that Netflix had a notification every hour, making one aware of the amount of time elapsed since opening the application. This notification need not be mandatory for every user but instead be an option in the setting to turn on or turn off for those who would like a flashback to reality while watching our mesmerizing movie or episode.

Nevertheless, as I venture into this new phase of my life known as college, I have taken the arduous decision to delete one of my favorite apps on my cell phone. I have heard countless stories of students being hindered in college because of the distraction that cell phones with applications, such as Netflix, can cause. Thus, I am trying to set myself up for success. For even though I know I will miss Netflix, I will always have my subscription. And because of this, I know that if I ever desperately need to watch a movie or catch up on a few episodes I may have missed, I will have Netflix to ease that pain.

If someone binges on alcohol or cigarettes people don't treat it as a joke but with Netflix, it's ok? 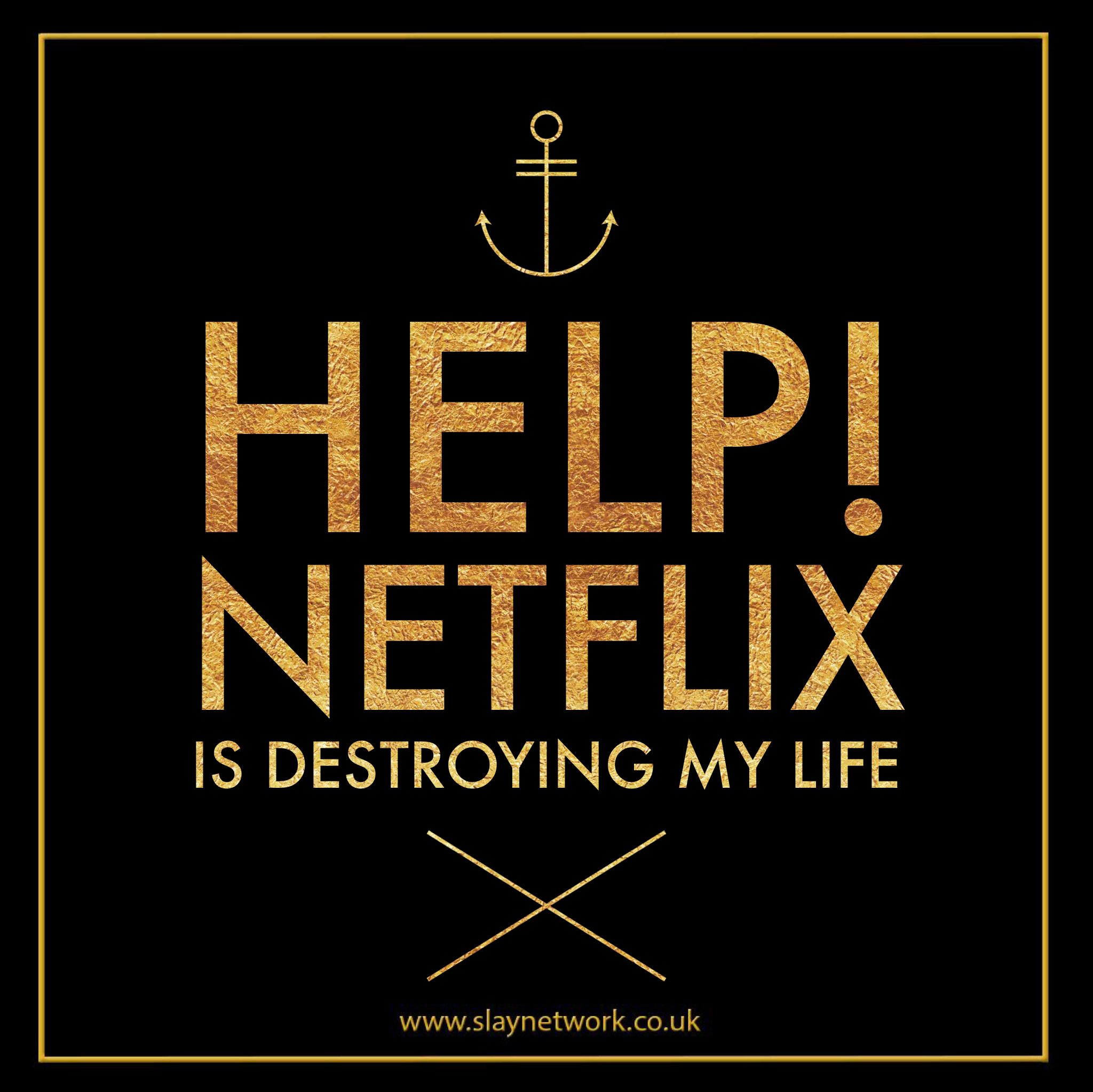