Brody Jenner knew Kaitlynn Carter and Miley Cyrus were hooking up long before photos hit the internet.
An insider told Page Six on Monday that Carter, 30, and Cyrus, 26, have been hooking up for “a couple of months” and that Carter’s ex Jenner is “totally okay with it.”

“Brody is still friends with them. There’s no drama,” our source added.
Earlier this month, Jenner, 35, announced his splitfrom Carter and wasted no time partying away in Vegas after the breakup. Meanwhile, a source told us at the time that Carter was dating someone new. Now, she’s been getting cozy with Cyrus on a yacht as they vacationed in Italy last week and photos of them kissing were released over the weekend.
“[Kaitlynn] had some other priorities [in her marriage], and you now know what they are,” the insider snarked.

We’re told that Jenner and Cyrus have “known each other for years” and Carter “knows Miley through him. He introduced them.”
The insider added that Carter and Jenner discussed her relationship with Cyrus before they split and “it was no secret.”
It seemed that there were hard feelings among the three when Cyrus appeared to clap back at Jenner over an Instagram comment on a photo of the women in Italy, writing, “go take a nap in your truck and cool off #HotGirlSummer” after Jenner joked, “watch out! Pics of Liam and I holding hands on the beach coming soon.”
“Brody wants his ex to be happy and he’s friends with Miley,” the insider explained. “Miley’s comment was in jest. She was joking about him sleeping in his car because they’re friends. She knew about that episode. There are no issues.”

Still, we’re told that their breakup won’t make it on air as “The Hills: New Beginnings” wrapped in January.
It is unclear if the exes — or Cyrus — will come back for the show’s second season.

So whose fault is it?

As she enjoys a #HotGirlSummer with new fling Kaitlynn Carter, Miley Cyrus has been getting heat from fans who assume she was the one who pulled away from her now estranged husband, Liam Hemsworth.
But don’t rage comment on the pop star’s Instagram just yet!
Sources connected to the couple spilled more breakup tea to TMZ, and they claim Miley’s the one who made the final attempts to save their marriage!

Insiders told the outlet the 26-year-old singer and 29-year-old actor were on the rocks for months. While Miley reportedly pushed for the two of them to go into therapy and took other steps to make their relationship work, the Hunger Games star, according to the source, “didn’t come close to meeting her half way.”

The source claimed it became clear a while ago the couple, who tied the knot just 8 months earlier, wouldn’t be able to fix their issues — so, they sadly drifted apart. TMZreported Miley and Liam have been separated for “months,” and their split was a long time coming.

The breakup has naturally been hard on the actor, who has reportedly been in Australia for the past few weeks with his family. A source told E! News:

Liam has been in Australia for the past few weeks with his family. He arrived in late July and has been hanging out with his brother Chris [Hemsworth] and some of his friends. They’ve been in Byron Bay roaming around town and spending a lot of time with Chris’ kids.”

Per the source, Liam’s been coping with the breakup like a true Hemsworth: by surfing and hanging out at the beach where “he’s happiest.”

“He has seemed a little bit down but very comfortable being in Australia with family. They celebrated Chris’ birthday together with the kids at the house on Sunday and on Monday they went out to get frozen yogurt at Yoflo. Liam was serious and a bit melancholy.”

Overall, the actor is said to be “dealing with a lot” amid the split. The source explained:

“It makes him uncomfortable that everything has been so public. It’s been a difficult few weeks for him. He’s with his family and just wants to be around people that are going to support him and try and take his mind off of what’s going on.”

After all, there is quite a bit going on. Miley’s certainly been keeping herself busy with Brody Jenner’s ex — as evidenced by the steamy pics of them making out by a pool in Italy — so, it’s no surprise her ex wants to stay out of the spotlight for a while.
We hope Liam continues to heal through the power of surf, sun, and Hemsworth family therapy… which we assume is five straight hours of planks in the Australian wilderness.

Sheesh! Why do these Slaylebrities bother getting Married? 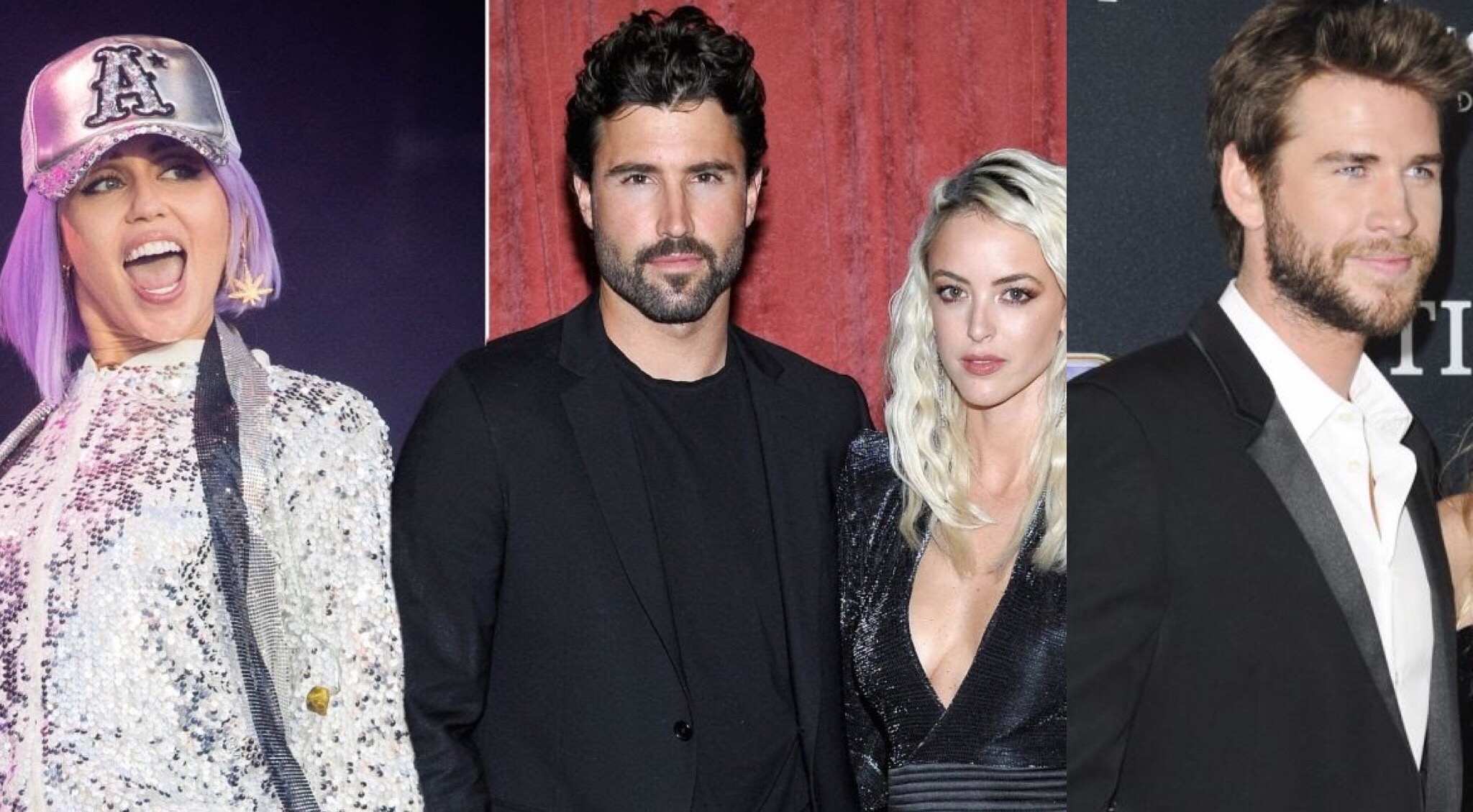 Do you think celebrities are ruining the institution of Marriage and setting a bad precedence for mere mortals?