Remember when Bill Gates did this?

William H. Gates, III, shall ultimately be remembered as the most significant person of his generation. It may not be for the reasons you think.
Bill Gates is eligible for consideration by virtue of founding Microsoft (I own a few shares), which despite certain rivals’ success, remains a significant player in the technology arena, nearly forty years after its founding in 1975 regardless of the wreckage all around it.

Many would leap to the conclusion that Gates will one day be recognized as the most important person of his generation because for fourteen out of the fifteen years from 1995 to 2009 he was the richest person in the world.

Gates is famous for asking other billionaires to commit to giving away half their fortunes, reportedly inspired by Melinda’s reading The Power of Half by Kevin Salwen and his 14-year old daughter Hannah in 2010, about selling their home, giving half the proceeds to charity, and buying one half the size for their family.  Bill and Melinda have committed to giving 95% of their fortune to charity over time; that is an astounding measure of generosity.
Of course, Gates can afford to give away 95% of their fortune and still make the Forbes 400 list each year, but everything in my experience suggests that it would be just as hard to give away 95% of $60 billion as it would be to give away 95% of $6 million.  The loss of that personal fortune changes substantially who you are.

Now, for a moment, consider the scale of the Gateses’ philanthropy.  The Bill and Melinda Gates Foundation through which their philanthropy flows is, according to Wikipedia, the largest “transparently operated private foundation in the world.”  Since inception, the Foundation has made grants of over $26 billion, including $15 billion in global health alone.

A significant contribution to the Foundation was made by Warren Buffet in 2006, but most of the money in the Foundation has been provided by the Gateses.

We bet you didn't realise Bill Gates was this Gangsta. The loss of personal fortune changes substantially who you are 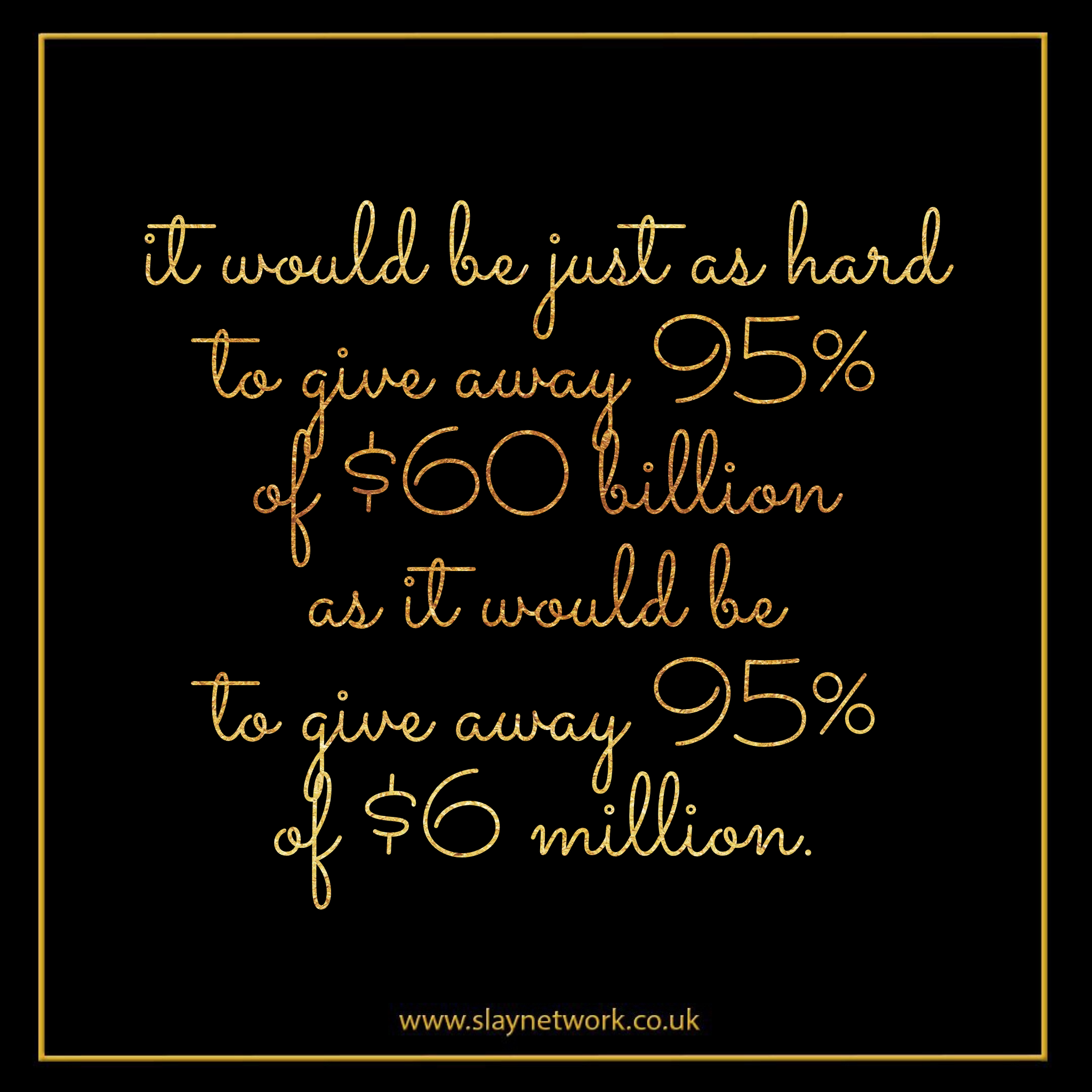