The Gist: The film opens in Nigeria, where we see an extended scene of a young woman getting blessings from a juju priest, including blood from a freshly-killed rooster. He’s ensuring that the debt that she incurred to send her to Europe will be paid, and that she won’t get in trouble with violent men or the police.

We cut to an alleyway in Vienna. Joy (Joy Anwulika Alphonsus) has been working the streets for years in order to not only send money home to her family in Nigeria, but to pay her debt to Madame (Angela Ekeleme Pius), the woman who brought her there. She’s been asked to help the young girl from the first scene, Precious (Precious Mariam Sanusi) get started in this new job. Precious is reluctant to get in cars with strange guys, though, and she makes no effort to look alluring to johns. When her cut to Madame is way short of what they agreed to, Madame tells Joy that next time she’ll make her pay. Madame’s goons then take Precious into another room and rape her as punishment.

Joy pushes Precious to get extensions, dress more sexily and wear big heels, because she’ll be damned if she’s going to be more in debt to Madame now that she’s almost free of her clutches. When Precious says she can’t have sex with men she doesn’t love, Joy tells her to not look at their faces, just the money. Joy has her reasons; once her debt is paid off, she can live with her young daughter once again.
As the weeks go on and Precious gets more comfortable, Joy meets with one of her long-term johns, who wants to take care of her and get her debt paid. He brings her to a lawyer who advises her that, if she tries to get Madame arrested for human trafficking violations, she may or may not get a visa to stay in Austria legally. Since Joy can’t take that chance, especially with who Madame knows back home, she continues to pay off her debt, especially when the john gives her money to pay Madame off, but then takes it back when Joy says she needs to send it home so her dad can get a kidney transplant.

Madame orders Joy to take Precious to a new employer, who will take her to Italy to work — yes, Madame sold Precious off like she was a used car. After Joy finally pays her debt and is free, she tries once again to get Madame arrested on human trafficking charges, but is still not guaranteed a visa.

What Movies Will It Remind You Of?: We can’t think of any, mainly because of the human trafficking angle, and the idea that there’s a large-enough Nigerian community in Vienna that they have a sizable church congregation. These are things we didn’t know existed, unfortunately, so the story is completely new to us.

Performance Worth Watching: Alphonsus is incredible as Joy. You see the pain in her eyes as she gets closer to paying off her debt to Madame, but she’s also strong and confident in her ability to make it on her own once she does get free.

Memorable Dialogue: Joy to Precious: “In this game, it’s survival of the fittest. That means, if I have to kill you to pay off my debts, I will. If I have to steal from you, I will do that. And I don’t trust you, so don’t trust me, either. Trust only in yourself.”

Sex and Skin: To be honest, sex is seen as a means to an end, and a dangerous one at that, in this film. It’s not a place for any sexy or salacious depictions of it.

Our Take: Joy is one of the most harrowing, depressing, but at the same time hopeful, films we’ve ever seen. Written and directed by Sudabeh Mortezai (Macondo), its realistic settings and dialogue, mixing Pidgin, English and German into a melange of communication among the Nigerian women who are sex workers in Vienna, make for a film that pulls you in almost from the start. Joy is a character who knows what she got into when she came to Europe, but still hates the fact that this is what she has to do to provide for her family back home, a family that she doesn’t even know is using the money to keep them fed and clothed. She thinks, for instance, her dad needs a kidney, but after Madame agrees to pay the hospital bill, she comes back from Nigeria to tell Joy that her brother has a new car, thanks to his “rich sister in Europe.”

The film depicts moments when the women there, including young Precious, make the most of their situation, bonding together in the group home where they live. But we do know that the relative happiness can be shattered in a moment, as we see when Madame sells Precious off to some guy in Italy. Then it becomes hopeless again; Precious wants to run away, but Joy says if she did, she’d have to take on her debt to Madame. If they both ran away, Joy would never see her daughter again. She’s stuck and she knows it.
There’s a weird sequence where the two of them go into a restaurant while waiting for the guy to pick up Precious, and a group of actors celebrating Saint Nicholas Day show up. It’s a long interlude, probably there to show just how out of place the two of them are, but it felt out of place. Still, it’s a quibble compared to the rest of the film, one of the better films we’ve seen all year.

Our Call: STREAM IT. Joy has harrowing situations and realistic performances, and just might make you uncomfortable while watching it. That’s what it’s supposed to do.

Stream it or Skip it? 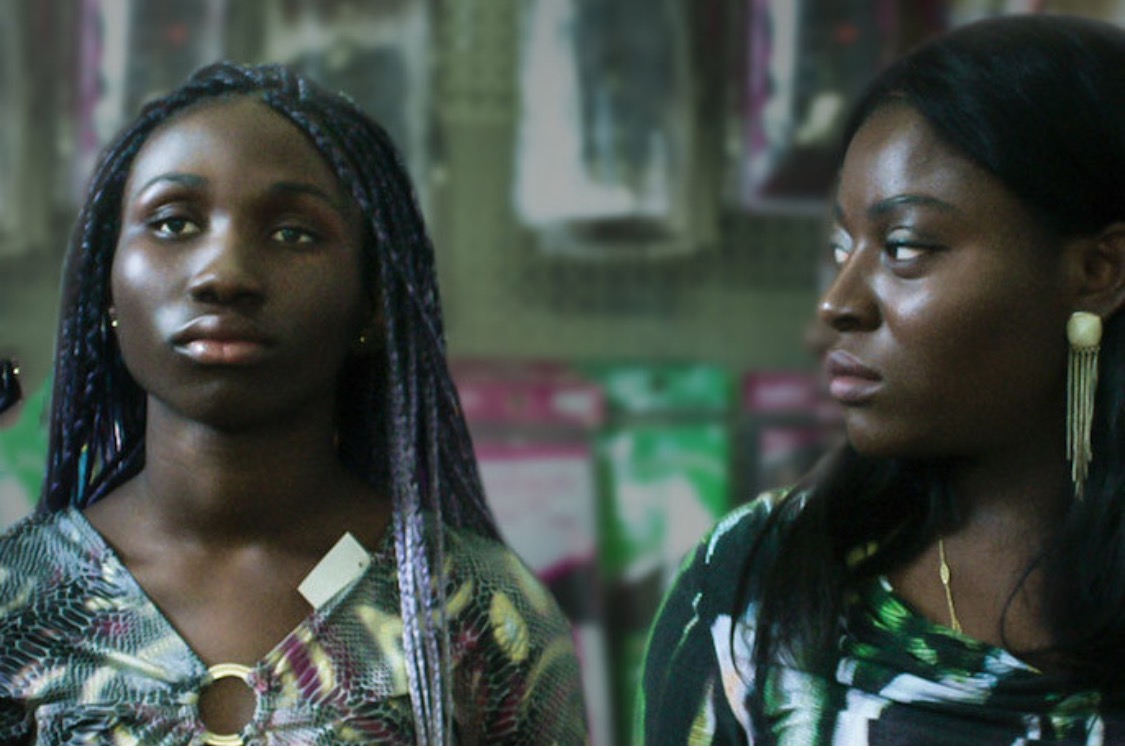