Rising star Kelvin Harrison Jr. plays an African youth adopted by white parents who comes under suspicion in gifted director Julius Onah’s tough look at prejudice.
When people say a movie feels like a play, they often mean it as a kind of insult — less showy than talky, self-contained, more concerned with ideas than authenticity — but in the case of “Luce,” it’s a compliment. That’s because this discussion-generating film adaptation of JC Lee’s hot-potato Off Broadway play lasers in on questions of racism, prejudice, and individual potential in America without introducing too many cinematic distractions to the equation. The movie isn’t meant to be realistic; rather it’s an interrogation of idealism. When we set expectations for others, are we leaving them room to be themselves?

In its new form, as a Sundance-anointed indie from director Julius Onah (who has switched gears entirely from his previous feature, “The Cloverfield Paradox”), “Luce” preserves what a rock-solid piece of stage writing can achieve — focusing our attention on big themes — while providing an opportunity you don’t get in a theatrical setting, whereby audiences can study the faces of the central performers up close. The film is sleek and shadowy, benefiting from the fact Onah chose to shoot on celluloid and driven by stellar performances across the board. When it comes to gauging another person’s sincerity, our eyes are the most dependable lie detectors we have, and so Onah lays out the evidence we need to decide what to make of the movie’s title character.
Luce (Kelvin Harrison Jr., the breakout star of “It Comes at Night”) was born in Eritrea but raised in an upper-middle-class American household by a pair of “woke” white folks (Naomi Watts and Tim Roth, who somehow survived the trauma of Michael Haneke’s “Funny Games” to co-star again). At first, it wasn’t easy for this former child soldier to adjust to his new life — or so we’re told via dialogue that sounds clunky with exposition at first — but Amy and Peter were model parents, patiently guiding Luce through years of therapy, providing him every opportunity, while making plenty of sacrifices on their end as well.
Now, thanks to the encouragement of this progressive-minded couple and a community that wants to see him succeed, Luce serves as captain of the basketball team and seems to be on track to become valedictorian of his senior class. It’s all going splendidly until one of Luce’s teachers, Harriet Wilson (Octavia Spencer), deputizes herself to search his locker and finds a bag of illegal fireworks.

Choosing to interpret them as a threat, she calls in Luce’s adoptive mother, Amy, for a solemn parent-teacher meeting. As soon as she gets home, Amy shares the news with her husband, Peter, who has his own take on the situation — namely, that no one knows their son better than they do, and that their policy in dealing with him is one of trust and respect. And so, as soon as it has begun, the discussion has departed from the situation at hand and entered the arena of the hypothetical — which is fine, since it’s where both the film and play were always intended to unfold.
Some might question whether Mrs. Wilson overstepped her bounds and violated Luce’s privacy in doing so — that’s the approach the perturbed young man takes, inviting Mrs. Wilson to a speech-and-debate rehearsal and pointedly cross-examining her in front of other teachers — but the script seems more interested in why she felt compelled to check up on him in the first place. Mrs. Wilson claims that it was his response to an essay she’d assigned, in which he invoked certain radical ideas, but behind her suspicion lies a series of assumptions about what one can anticipate from a former child soldier.
It’s a familiar predicament for anyone who’s ever had Mrs. Wilson for a teacher: According to Luce, she factors each student’s background into her expectations of his or her potential, and she holds the female and minority students to a higher standard than their white peers because she knows that the world beyond high school will do the same thing. As it turns out, Mrs. Wilson has done the same thing before, confiscating marijuana from the locker of an African-American jock named DeShaun (Astro), and getting him kicked off the team.

But Luce knows something Mrs. Wilson doesn’t: Most of the guys on the team share one another’s lockers — which means the weed probably wasn’t DeShaun’s, and the fireworks might not have belonged to Luce. By selectively investigating, Mrs. Wilson is finding what she already knew she’d discover and using the evidence to confirm her worst suspicions: that DeShaun is a deadbeat stoner, and that Luce is a loose cannon. Another version of this same film could be made without invoking the touchy question of whether Luce is some kind of sleeper terrorist. Let’s say the pot confiscated from DeShaun was in fact his: Does he have a responsibility to come forward and confess?
To use Mrs. Wilson’s words, “the climate around school shooting being what it is,” it’s more incendiary to focus on whether she intercepted a violent act. But what about Luce’s parents: They’re the kind of liberals who believe in due process. What do they make of Mrs. Wilson’s discovery? And what are audiences supposed to conclude — especially when we know so little about the young man?
That’s where “Luce” gets really interesting, forcing us to play jury in a situation where the film is selectively revealing essential information in order to make a larger point — like a second bombshell from Luce’s girlfriend, Stephanie Kim (Andrea Bang), in which she opens up about how Luce’s teammates took advantage of her at a party where alcohol was served. Did Luce come to her rescue, as she claims, or was he among the anonymous guys who took advantage of her that night?

In a bold choice, the movie at least entertains the idea that Luce may be a sociopath, contrasting the high-wattage charm he shows in public with the rehearsal of that persona in private. While Harrison expertly navigates the various nuances of Luce’s personality, Onah, the film’s director, brings uniquely relevant experience to the material, considering that he, too, was born in Africa, before moving to Arlington, Va., where he chose to set the film. This could be Onah’s school, and the identity issues Luce finds himself grappling with almost certainly overlap with his own — not the one about Luce’s capacity for violence, but the idea that racism works both ways: Are Luce’s many champions even aware of who he really is, or do they only see what they want him to be?
The result serves as a damning critique of tokenism that must have resonated particularly strongly in the age of Obama (when the play was first mounted) and now seems doubly dangerous, almost disrespectful, after we have witnessed what comes next. What Luce’s parents, teachers, and community are doing to the young man isn’t equality, but something else. Technically, they are focusing on Luce at the expense of his other black classmates, projecting all of their own wokeness onto a blank slate — the way America did as a nation in the 2008 presidential election, when Obama was taken to represent far more than the sum of his qualifications. America didn’t lower the bar for Obama; it raised it, such that his supporters could only be disappointed, because no human can measure up to such impossible optimism.

What makes “Luce” so ingeniously subversive as a piece of theater — positioned squarely in the realm of the speculative — is that it forces audiences who identify as progressive to confront their deepest fears about how that kind of trust can go wrong. For most of its running time, “Luce” privileges the POV of this exceptional teen’s white parents, giving Watts and Roth a chance to play every facet of the situation as if it were about their characters. But as the mystery unfolds, we come to discover and identify with their son — and the more we do, the less of a construct he becomes, thanks in large part to Harrison’s incredible performance. “Luce” asks, is such a young man allowed to be his own person, or must he remain a symbol of others’ expectations? Don’t look to “Luce” for the answers, but rather the beginning of a tough but much-needed conversation.

Don’t look to “Luce” for the answers, but rather the beginning of a tough but much-needed conversation. 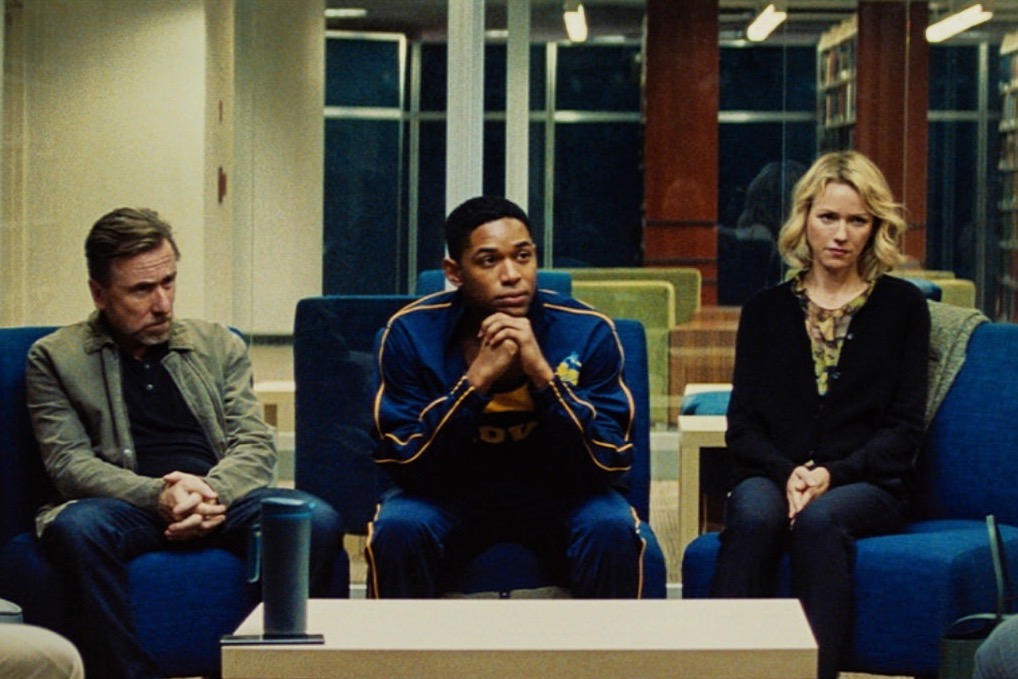