Jesse Pinkman is back in El Camino

Fans of Breaking Bad will only have to wait until October for the movie – El Camino.
Netflix teased fans with a trailer for the film and tweeted it will be on the streaming service on 11 October.
It will see Aaron Paul returning as crystal meth cook Jesse Pinkman and it has been written by the show’s creator, Vince Gilligan.
We still don’t know if Bryan Cranston, who played Walter White, will return to star in the film.

Earlier this week Bob Odenkirk, who plays lawyer Saul Goodman in the series, revealed the whole movie had already been shot.
Speaking to The Hollywood Reporter , he says he’s surprised the “secret” never got out.
But now fans know a little bit more about about it.
According to Netflix, El Camino will see Jesse escape from captivity and “come to terms with his past in order to forge some kind of future”.
(By the way – if you plan on bingeing the TV series before the movie comes out, here’s your spoiler warning.)

So… what do we know?
One thing that’s not changing is the director Vince Gilligan, who’s putting the movie together.
It’s reportedly a sequel to the series. A prequel, Better Call Saul, has already run for four seasons on Netflix and a fifth is planned for next year.

Which characters are coming back?
So the finer details might still be up in the air – even for Bob:
“I’ve heard so many different things about it, but I am excited about the Breaking Bad movie. I can’t wait to see it.
“I don’t know what people know and don’t know. I find it hard to believe you don’t know it was shot.
“They did it. How is that a secret? But it is. They’ve done an amazing job of keeping it a secret.”

As for one of the leading characters, Jesse Pinkman, it’s fairly certain he’ll be a central part of the film.
Actor Aaron Paul certainly hinted to Variety magazine he’d be involved, pointing out “in case you haven’t caught up on the TV series, Walter dies, so it has to star Jesse.
“When it comes together I’d love to be a part of it. I would love to do it.”

A bigger question is whether Bryan Cranston will return as Walter White – despite him and Aaron posting the single word “soon” on social media at the same time in July.
Bryan’s Breaking Bad character might be dead in the series but he’s told Entertainment Tonight , “rigor mortis has a way of allowing that to happen”.
“Could be in a flashback, or a flash forward. I’m still dead, Walter White, I don’t know what could happen.”

A risky reverse in the era of streaming?

Even a few years ago a television turning into a film would be seen as a huge step upwards, right now it seems to be the other way around.
Television has become the place for so many deep and interesting stories to be fleshed out over many chapters, something that we could not have predicted a few years ago, shows that are usually at a pace that suits the creators (Mindhunter just last week on Netflix, for example, or Orange is the New Black).
It used to be a real coup to get a Hollywood actor in a television show, now we barely even flinch.
But turning it into a film is tricky, because it has be simplistic enough to get in new viewers who may not have seen the show, plus fit within the context of what made the show so successful in the first place.
How do you deal with multiple story arcs? How can you provide so much depth in two hours? How can you leave viewers feeling satisfied? 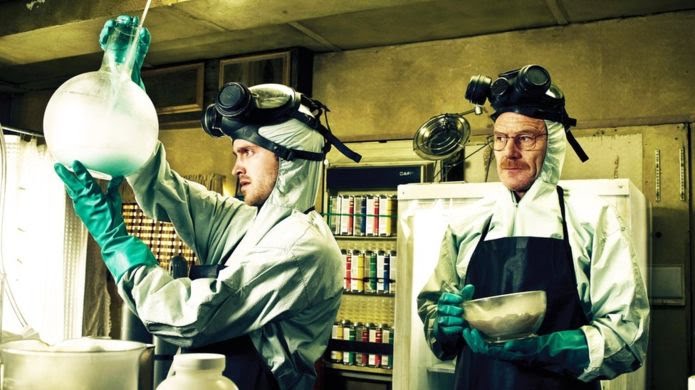