“Lose 20 pounds in 30 days with no exercise” is the kind of promise you’ve seen in ads or heard on infomercials and wisely dismissed. But when the guarantee came from New York Times bestselling author and Silicon Valley self-improvement guru Timothy Ferriss, we took note.
Ferriss made a name for himself in the self-help universe with books that promise big gains for little pain. His first book, The 4-Hour Workweek, revealed entreprenurial secrets to raking in huge bucks while drastically decreasing one’s workload. His latest,  The 4-Hour Chef, shows readers how to cook like professionals, and perfect other skills, expeditiously and with minimal elbow grease.
In the The 4-Hour Body, Ferriss turns his hacker mentality on health and diet, guiding readers through various physiological triumphs (gain 34 lbs. of muscle in 28 days; sleep two hours a night and feel rested; achieve the elusive 15-minute female orgasm) using shortcut techniques that have earned him the nickname “The Superman of Silicon Valley.”
But does the regimen actually work? Success stories litter the pages of The 4-Hour Body, so I recently tested it out myself. For an entire month, I traded carbs, starch and dairy for troughs of spinach, mountains of canned beans, and enough flavorless omelets to fill a Canyon Ranch. Here’s the skinny on what happened.

The Slow-Carb Diet
The rules for what I could and couldn’t eat on Ferriss’s “Slow-Carb Diet” are simple:
1. No white carbohydrates or their multi-grain versions. No bread, rice, corn, or potatoes.
2. No fruit. “How much fruit did [your ancestors] eat in the winter 500 years ago?” Ferriss asks.
3. No drinking calories. Fruit juices, energy drinks, and milk are out of the question, and two glasses of red wine per night is the maximum booze allowance.
4. Eat the same few meals routinely. According to Ferriss, once your body gets used to a meal, it tends to metabolize it more quickly.
5. Eat yourself sick one day a week. Ferriss calls it a “metabolic spike” day, but I call it the day when I got to eat all the stuff—bread, cheese, fruit galore—I’d been depriving myself of. The idea, Ferriss says, is to reset your metabolism to an artificially high rate every week.
There are, of course, guidelines about what you should eat. Protein is key: Eggs, meats, green vegetables, and legumes (beans or lentils) should figure into most, if not all, of your day’s meals.
But that’s about it. No portion control: As long as you restrain yourself when it comes to “domino foods” like nuts and hummus (which people tend to eat more mindlessly), and stick to full meals instead of snacking, you can eat as much as you want. There’s also no calorie-counting: Ferriss maintains that it’s simply not an effective means to lose weight. And—voilá—no exercise: Ferriss suggests a few toning workouts (squats, wall presses, or kettlebell swings), but they’re not officially part of the program.

Week 1
My weight: 188 lbs.
For the first few days, I ventured forth with a surge of beginner’s enthusiasm. I ate spinach-and-tomato omelets for breakfast, massive salads for lunch, and typically some meat-and-beans combo for dinner. The dietary restrictions didn’t seem all that rigorous, and I was sure that the liberty of eating as much of the provisioned grub as I wanted would make up for the lack of carbs and starch.
But, the longing for bread crept up on me. Never before had I realized how central carbs were to my feelings of “fullness.” Every meal felt like it was missing something. I actually had trouble getting to sleep for the first few nights without the satiation of starchy foods.
I was disappointed, too, that my body showed no signs of change. Ferriss says that the first six days are the most dramatic results-wise, estimating that 10 of the 20 lbs. will likely be lost in week one. But by day six, I’d only lost one pound.
Ravenous and demoralized, I dove into my first “metabolic spike day.” At first I tried to focus on small pleasures—a buttered bagel, coffee with milk in it, a few beers—but by the end of the day I’d managed to demolish a pint of Ben & Jerry’s and an entire pound of M&Ms. Ferriss promises that whatever weight you gain on your cheat day will quickly disappear after a few days back on the wagon. I pushed that guarantee to its limit.

Week 2
My weight: 187 lbs.
An alternative benefit of the metabolic spike day was that it made me feel absolutely wretched inside, and I entered the second week of the diet with my motivation renewed. I began to add new ingredients to liven up my meals: peppers and mushrooms in my omelets, spicy marinades for my chicken. Going out to eat was a challenge—good luck staying away from carbs in most restaurants—but I found that Mexican cuisine in particular was conducive to the diet. Nixing the bread, rice, and cheese, you’re left with meals rich in proteins, green vegetables, and legumes.
It was through this foray into Mexican food that I stumbled upon my key to surviving the Slow-Carb lifestyle: guacamole. Ferriss spotlights avocados as a terrific source of protein and good-for-you fatty acids. For me, its buttery taste and texture made it an apt substitute for starchy foods. It became my saving grace for the duration of the diet. I had an avocado for breakfast every morning and plopped a hefty mound of guac on every salad at lunch. When my aching for that that “full” feeling became unbearable (usually at night), I would simply stand at my refrigerator, pathetically eating guacamole by the spoonful.

Week 3
My weight: 181 lbs.
By week 3 I’d finally begun to lose significant weight—seven pounds to be exact. While I wasn’t on as fast a track has Ferriss had predicted, I was beginning to see the promise of the Slow-Carb lifestyle.
Numbers aside, one of the clear benefits of the diet was that it made me feel healthier in general. I was sleeping better by now and had more energy throughout the day. I’d always had issues with indigestion and had routinely attributed it to stress. But now that my gut had been on good behavior for a few weeks, I knew the culprit had been my diet.
Bread, cheese, corn, fried foods—they simply no longer retained their magic. By now I was more comfortable with slow-carb cooking—my newest culinary conquest was gazpacho—and found the flatter flavors and food-coma effect of carbs and starches unappealing.

Week 4
My weight: 176 lbs.
By the final week, the diet felt like much less of challenge. I was used to the food and accustomed to feeling more spry and energetic. But I still hadn’t lost the 20 lbs Ferriss had forecasted. While I was satisfied with my 12-lb. loss, I did wonder: If I followed the diet exactly, sticking to the regimen six days a week and going crazy on the seventh, where had I gone wrong?
When I looked back over the dozen success stories in The 4-Hour Body, I noticed something peculiar. Each of Ferriss’s test subjects—most of them tech CEOs—were 200-250 pounds or significantly overweight when they started his diet. While I’d begun with flab I wanted to part with, I hadn’t exactly had buckets of extraneous fat to throw around—20 pounds, after all, was over a tenth of my original body weight. Perhaps this means that Ferriss’ diet works for chubbier candidates, hence the dearth of success stories from average-weight people.
But the slow-carb diet had helped. I felt leaner, more energetic, and smarter about food. And I emerged with a new concept of what it means to diet. Ferriss’ program forced me to accept what popular wisdom (not to mention recent battery of anti-wheat health titles) had been trying to tell me for years to no avail: Simple carbs and starches, while temporarily filling, have little nutritional value. And they make us fat.
My advice: Don’t dive into the The 4-Hour Body with the sole objective of losing 20 lbs. in 30 days. While your chances of dropping significant poundage are high, the benefits of the book—and diet—run deeper. 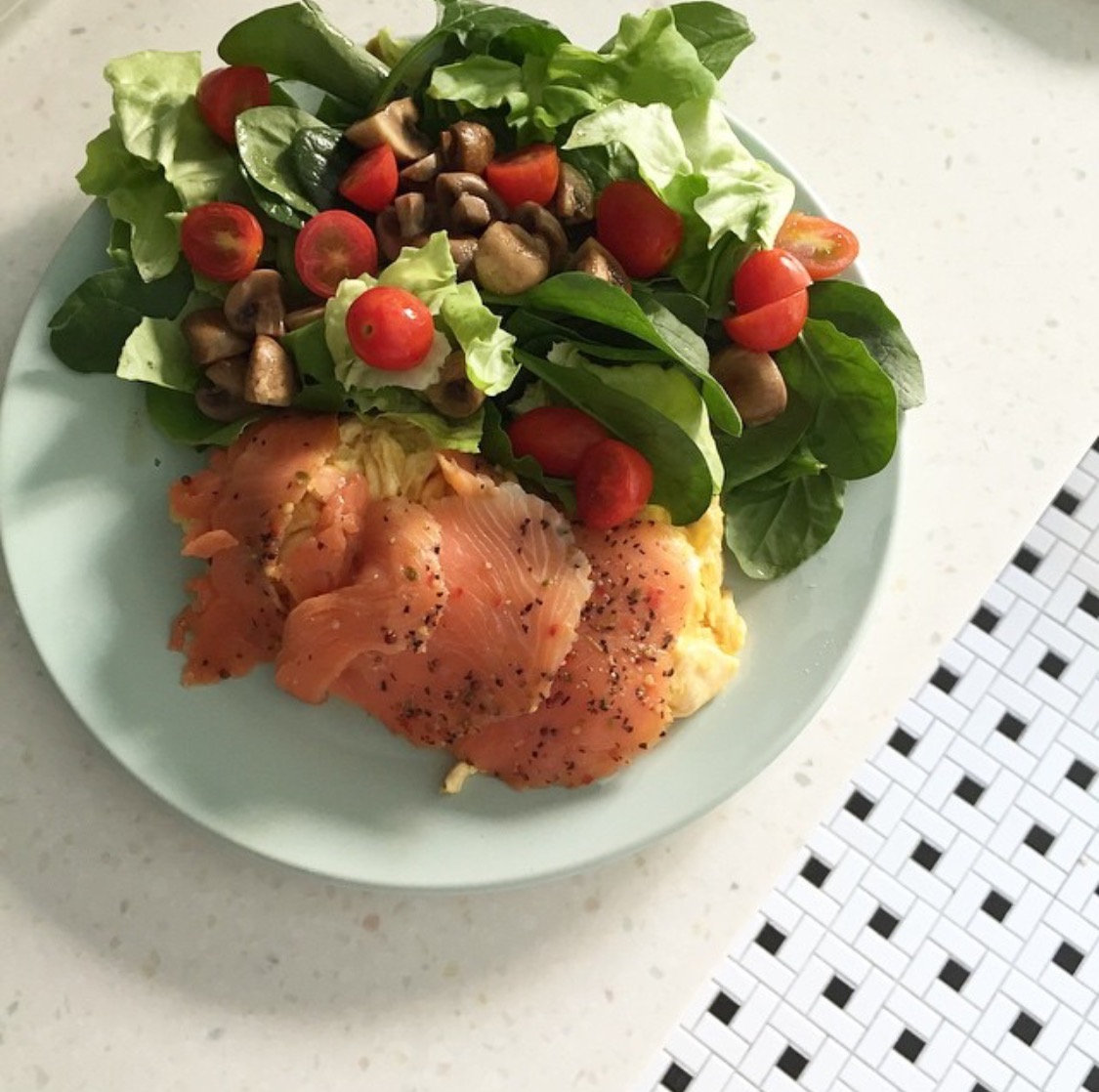 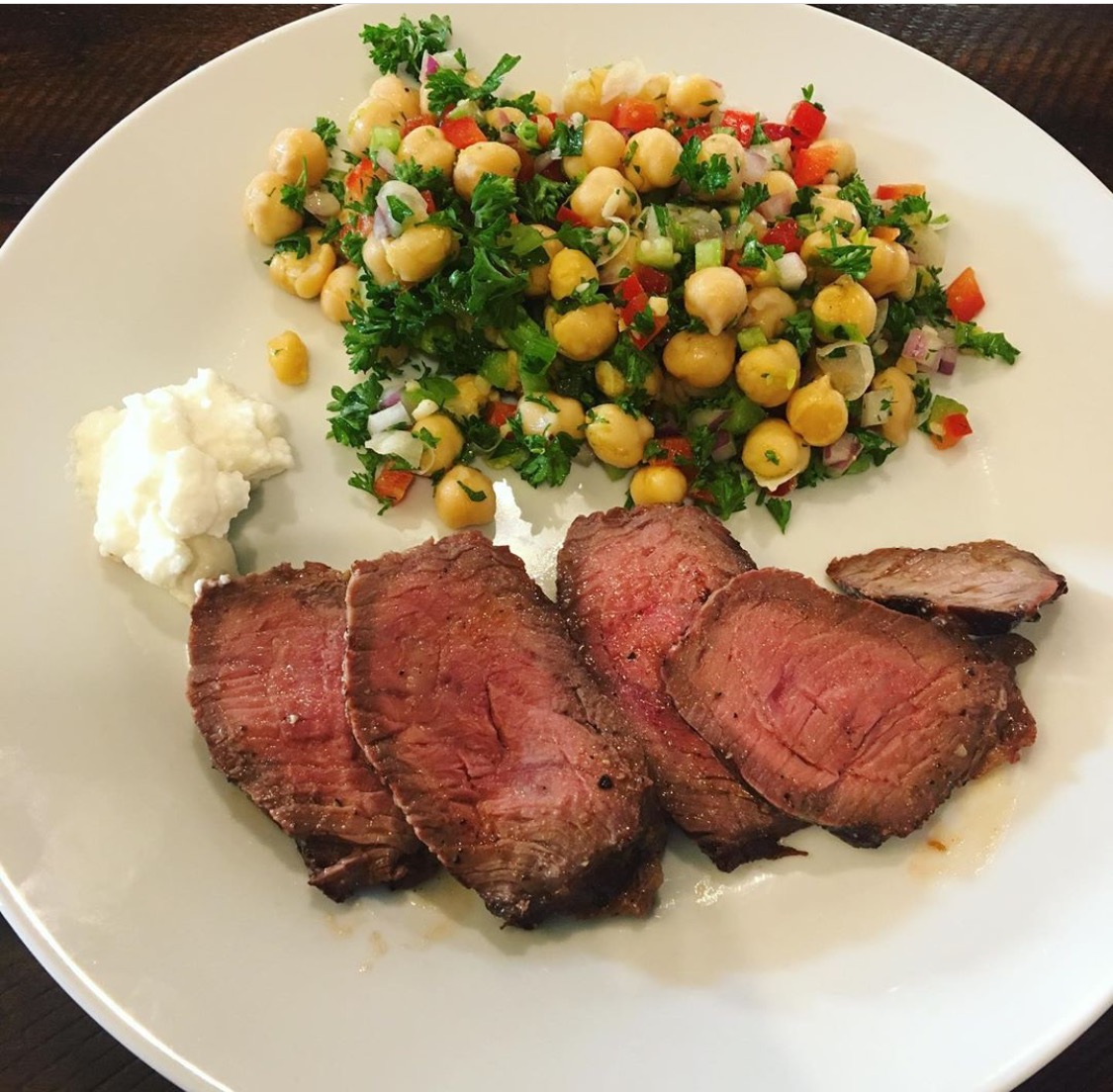