A poem for every girl growing up

Men who say women belong in a bedroom obviously don’t know what to do with them in the bedroom!

Good grief. It turns out gender stereotypes are just as bad today as they were 30 years ago.

Men and women are so fundamentally different from each other, it’s like we come from different planets. Men are tough and strong, and should be responsible for stuff like bringing home the bacon and fixing the car, whereas women are delicate and fragile, and should really only handle things like raising the kids, cooking, and cleaning.

Wait…what? Does anyone really still believe stuff like that in 2016?
Apparently, according to the results of a new study, they really do.

The study, which was published in the scientific journal Psychology of Women Quarterly, compared data from 195 college students in 1983 to data from 191 adults in 2014, and found that gender stereotypes like the ones above are not only just as strong today as they were over 30 years ago, but that people are now even more likely to believe that men avoid taking on “traditional” female roles like housekeeping and child-rearing.
Participants in the study from each time period rated the likelihood that a typical man or woman has a set of gendered characteristics, ranging from physical attributes and personality traits to gender role behaviors in the household and occupations.

People are now even more likely to believe that men avoid taking on ‘traditional’ female roles like housekeeping and child-rearing.”
“Changes in the activities and representation of women and men in society have unquestionably occurred since the early 1980s,” the study’s authors, Elizabeth L. Haines, Kay Deaux and Nicole Lofaro, said in a press statement. “However, those changes apparently have not been sufficient to alter strongly held and seemingly functional beliefs about the basic social category of gender.”

Previous research has shown that many gender differences are small or inconsistent,” the researchers pointed out, “yet the current study finds that people exaggerate the extent to which men and women are different from one another. People may perceive strong differences between men and women for two reasons. First, unconscious bias may distort the way in which people perceive and thus remember gender atypical behavior as more stereotypical that it actually was. Second, the genders may curtail cross gender behavior for fear that they may incur backlash that is typically directed at atypical men and women (e.g., wimpy men or powerful women).”

In other words, many of us are still policing our own gender roles out of fear of being ridiculed for not being “manly” or “feminine” enough to fit in with the rest of the herd.

Even in 2019, messy men are given a pass and messy women are unforgiven. Three recently published studies confirm what many women instinctively know: Housework is still considered women’s work — especially for women who are living with men.
Women do more of such work when they live with men than when they live alone, one of the studies found. Even though men spend more time on domestic tasks than men of previous generations, they’re typically not doing traditionally feminine chores like cooking and cleaning, another showed. The third study pointed to a reason: Socially, women — but not men — are judged negatively for having a messy house and undone housework.
It’s an example of how social mores, whether or not an individual believes in them, influence behavior, the social scientists who did the research say. And when it comes to gender, expectations about housework have been among the slowest to change.

Most women were surrounded by Fairytales and princess stories when growing up which almost certainly leads to disappointment as the youngling grows up and discovers the harsh realities of life. Eventually a woman will realise That kind boys quite frankly almost don’t exist, while this is not a defining point of character it still remains deeply hurtful for most Women. The truth and nothing but the sad truth is that Real world is hard and it is indeed much harder if you are a girl.

But some women are becoming the Men we all want to marry.

This is beautifully illustrated in the video poem above by female activist Aija Mayrock.

The real question though is what do YOU Believe!!!

BINGE ON THE WORLDS MOST INTERESTING ENTERTAINMENT CONTENT FOR FREE NOW

Do not assume that I belong in your bedroom, I belong in a conference room too! Matter of fact the only position I prefer is CEO!!! 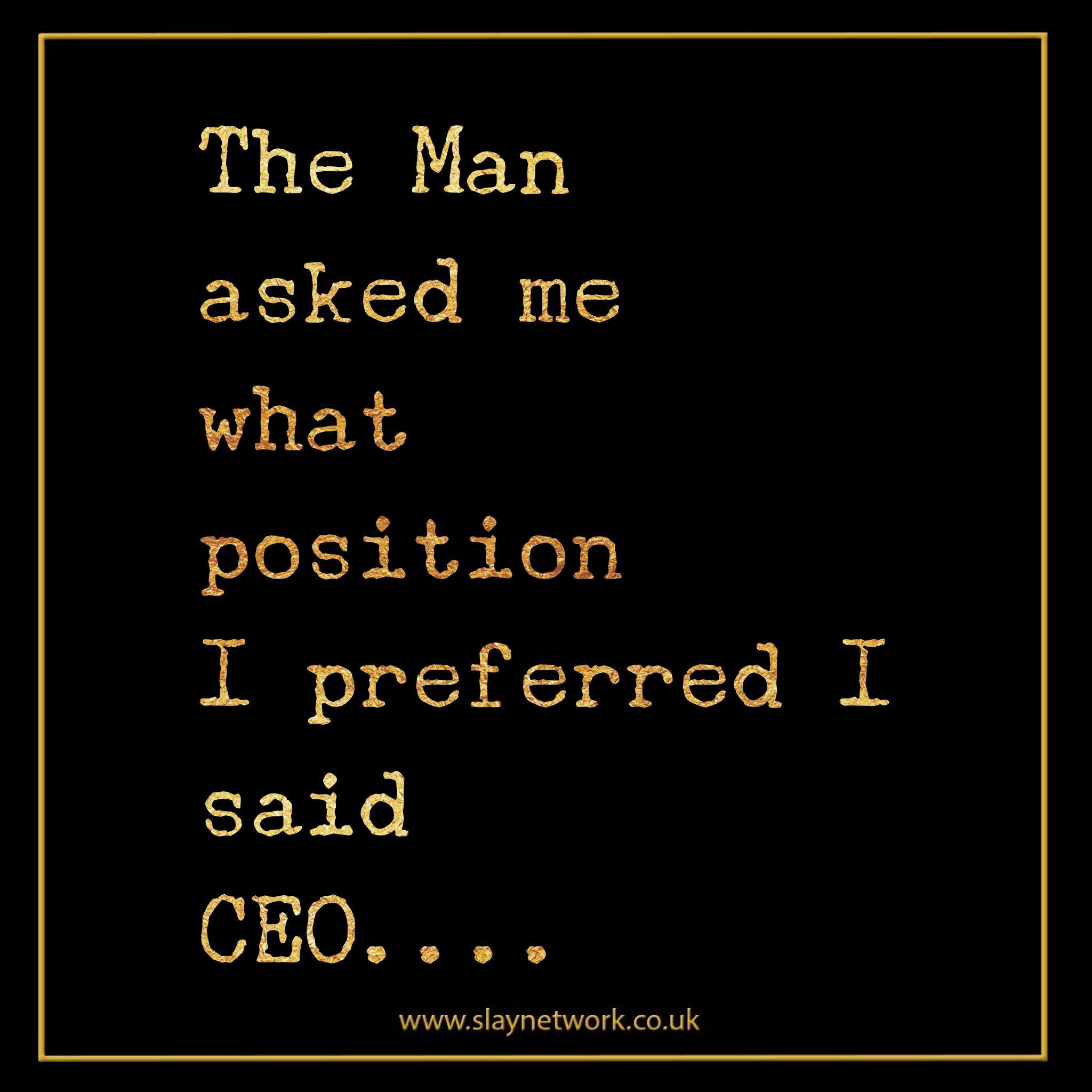