French soccer star, Franck Ribery, was slammed on social media for being ostentatious when he posted a video of himself enjoying a gold-coated steak at a Dubai restaurant.
The video posted on Thursday shows Ribery preparing to tuck into the lavish cut, reported to cost more than $1,000, at the Nusr-Et steak restaurant owned by Turkish chef Salt Bae. After the video attracted flak on social media, an angry Ribery gave it back to the criticism with profanity.

Ribery posted a series angry foul-mouthed tweets which however earned him a “heavy fine” from his club Bayern Munich. The 35-year-old footballer wrote in obscenity-laden tweets hitting out at “jealous” people and said he owed nothing to the “haters”.

Unhappy with Ribery’s responses, Bayern Munich imposed an undisclosed fine for unacceptable language from a supposed role model. “I had a long talk with Franck and I let him know that we would impose a heavy fine on him and he accepted it,” said the club’s sporting director Hasan Salihamidzic in a statement on the club’s website. He further added, “He used words that we, FC Bayern, cannot accept.

Franck does not have the right to use, as a role-model and player of FC Bayern.” The statement added Ribery was invited to try the steak as part of an advertising campaign while on holiday in Dubai. However, it denied reports that the footballer paid 1200 euros for the steak but admitted that his response was inappropriate, according to a CNNreport.

So what did Ribery say exactly

Let’s begin with the envious, the angry, born surely because of a broken condom,” read the first on Ribery’s Twitter account. “F— your mothers, your grandmothers and even your family tree. I owe you nothing.”

Ribery’s Twitter tirade continued: “My success is firstly thanks to God, to me and those close to me who believe in me. For the others, you are only stones in my socks.”

He also attacked “pseudo journalists” who are always negative, and shared a post from a French celebrity journalist accompanied by the phrase: “I do what I want with my money.”

The steak restaurant chain operated by Turkish restaurateur Nusret Gökçe – famed for his social media phenomenon Salt Bae – has been valued at $1.5 billion amid reports that a group of investors backed by Singapore’s sovereign wealth fund are close to buying a slice of the business.
A consortium of investors including Singapore’s GIC Private Limited, Singapore-based investment firm Temasek and London-based Metric Capital, which has around $2bn of assets under management, is in advanced talks to purchase a minority stake in D.ream Group, a subsidiary of Turkey’s Doğuş Group, the UK’s Financial Times reported this week.
The deal with D.ream Group is valued at $1.5bn, according to the FT, which said an agreement could be reached by as soon as this weekend.
D.ream Group owns the high-end Nusr-Et steakhouse chain, which has a branch at Dubai’s Four Seasons Jumeirah hotel.

Nusr-Et became famous after the ‘Salt Bae’ video clip of Gökçe elaborately salting and cooking his steak went viral on social media at the beginning of 2017.
The Turkish chef set up the first branch of Nusr-Et in Istanbul in 2010. The chain has expanded further as Salt Bae has grown in popularity over the past year, with new openings in Miami and Manhattan alongside outlets in Dubai, Abu Dhabi and Doha, and a burger restaurant in Turkey.
The investment under consideration would reportedly include around $200m of equity funding and would also involve the restaurants Coya, Zuma and Roka, which also have outlets in the UAE.
The National has contacted the concerned parties for comment. A spokesman for Temasek said the firm “does not comment on market speculation and rumours”.

If it glistens like gold and costs at least $1000 it belongs in Ma belly.

Even P Diddy reserved one for himself 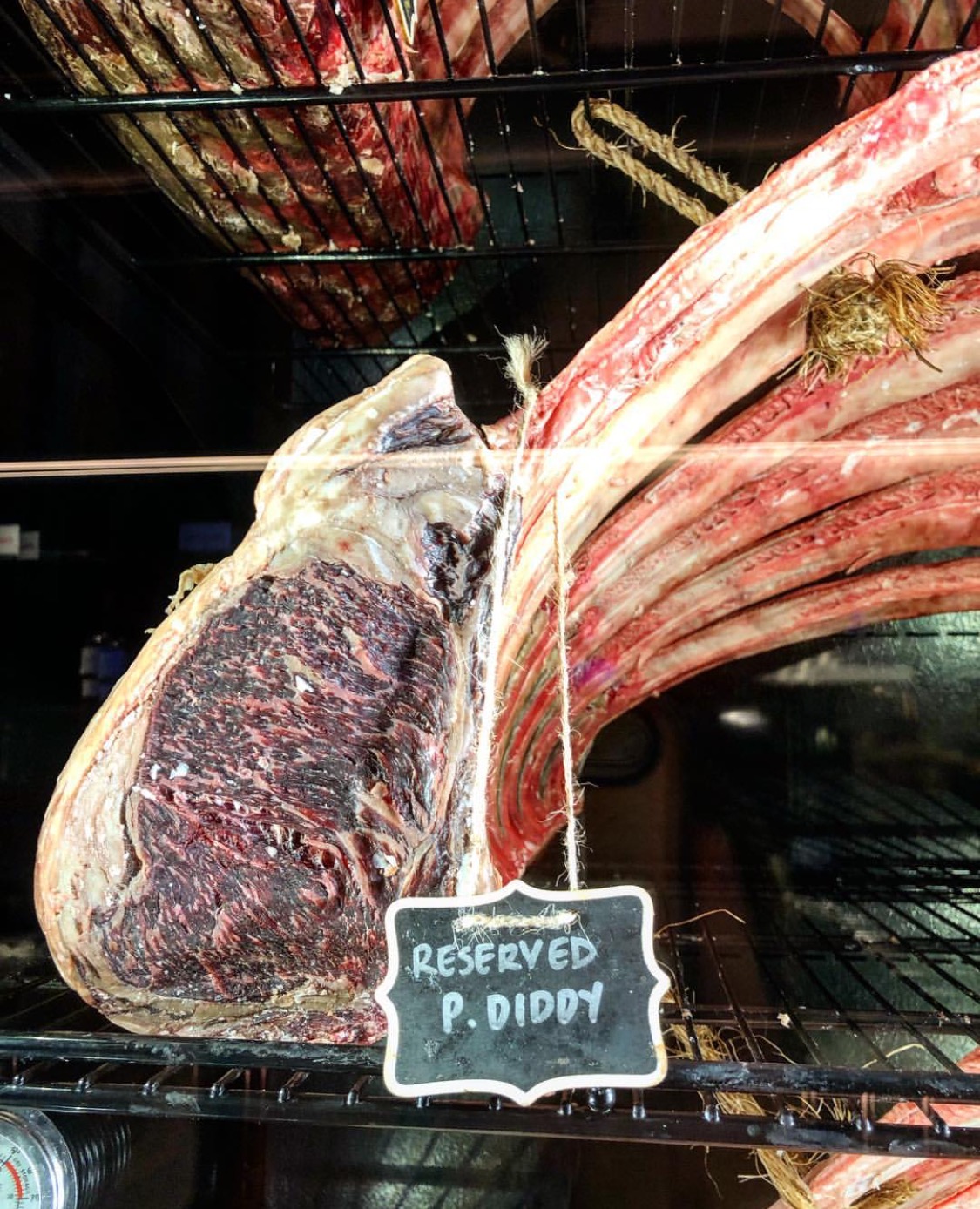 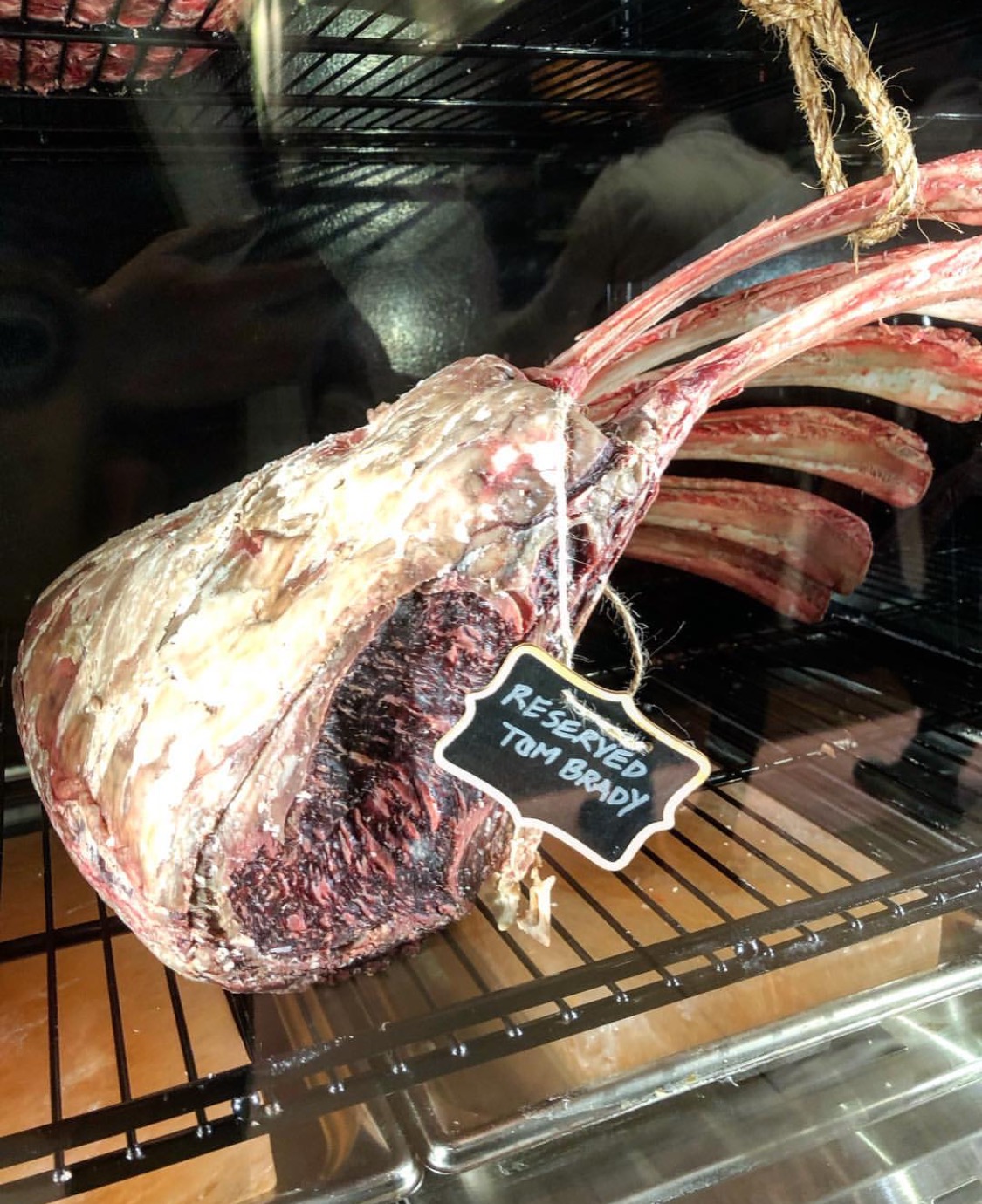