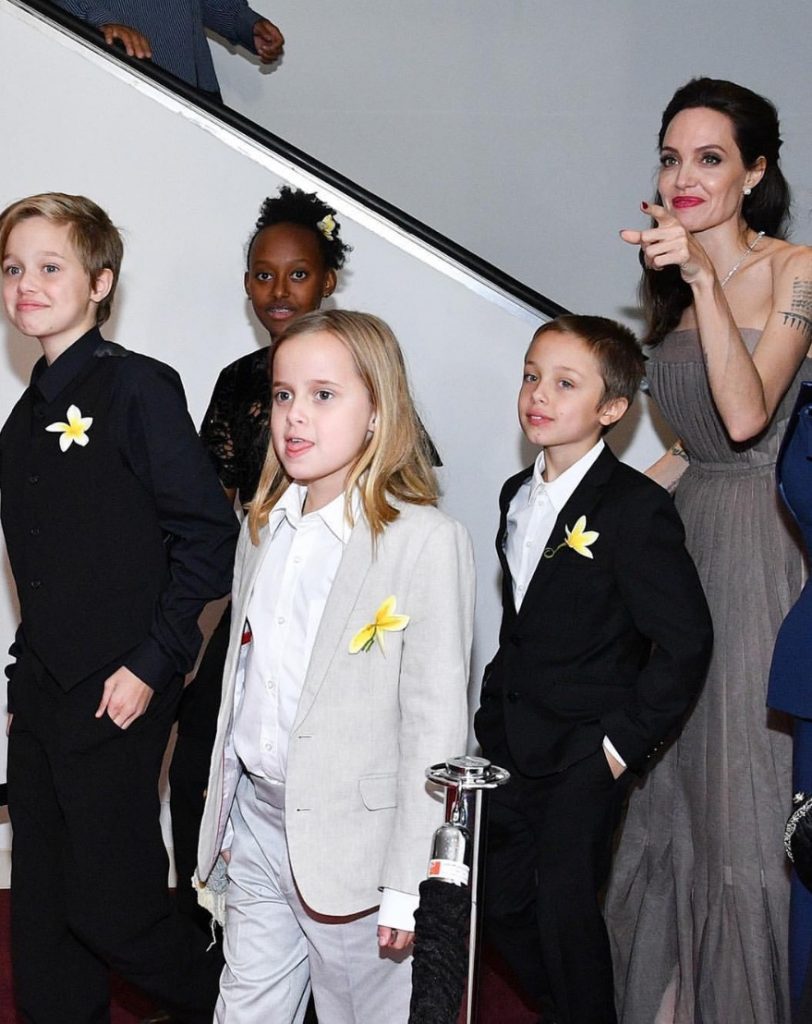 Angelina Jolie has been busy at work promoting her newest film First They Killed My Father out today. For Thursday night’s New York City premiere, Angelina walked the red carpet with all six of her children. Her son, Maddox Jolie-Pitt was an executive producer on the film but Angelina shared that her other children were also around during filming.

“Everybody was on set,” she revealed. “I can’t be a parent and not have my kids around and sharing this creative life with them.” The family was dressed to the nines and the actress’ six children were sporting a yellow flower as an accessory.

The flowers appear to be plumerias, which symbolize positivity and are used to celebrate special occasions. It has been a rough year for the Jolie-Pitt family to say the least, so it’s nice to see them celebrating and uniting as one.

What else did Angie have to say about her kids being on set with her? Get all the details in the clip above! 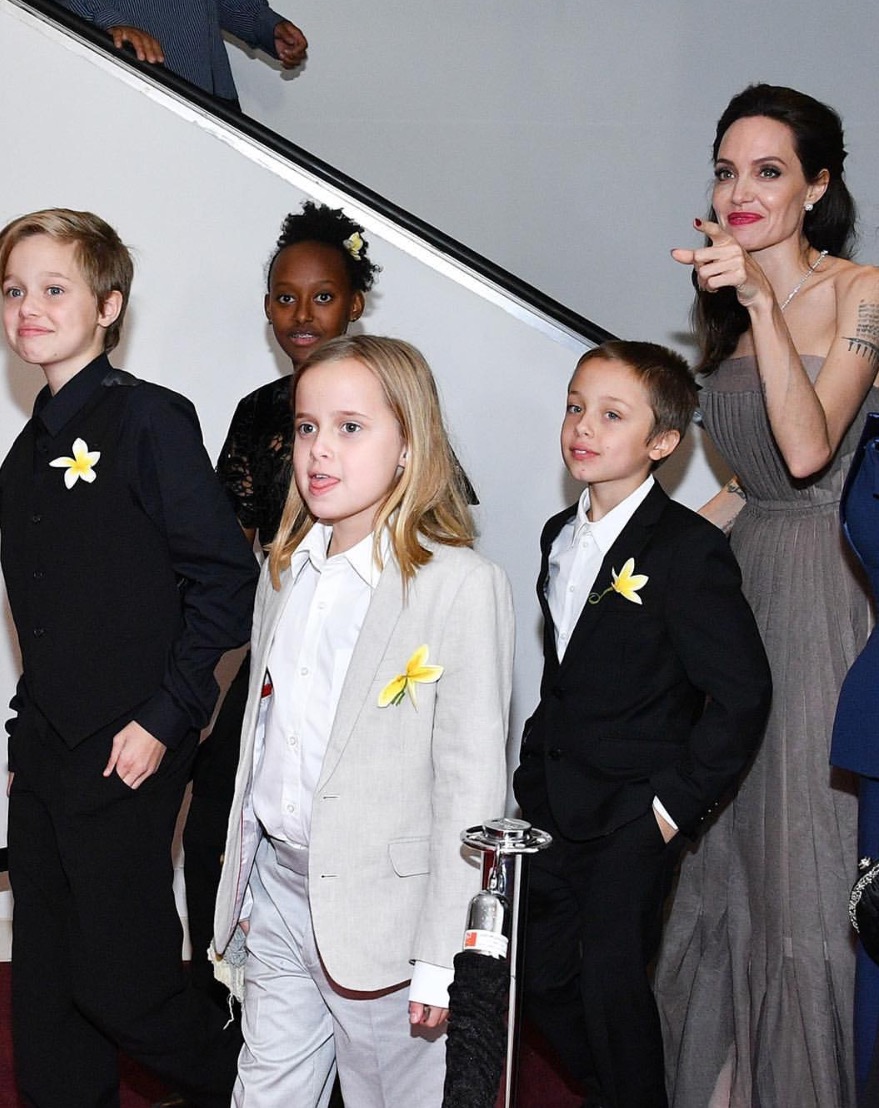