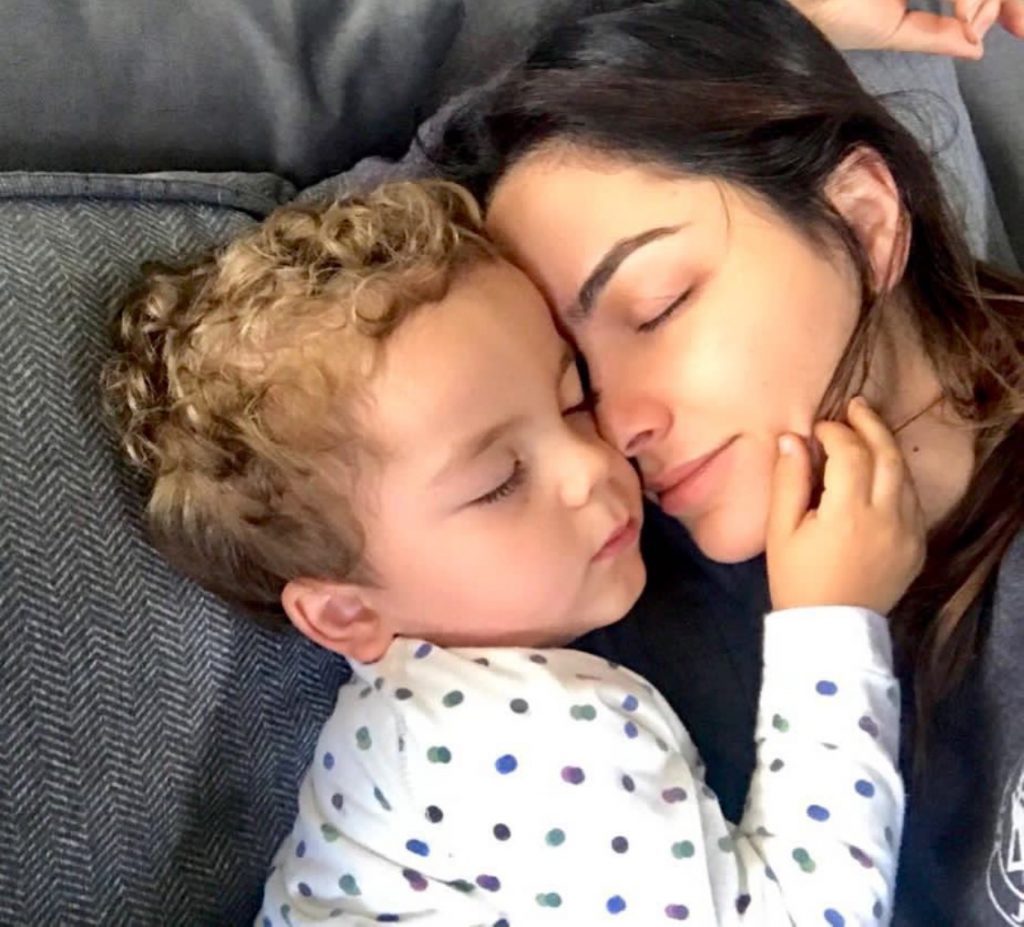 You have probably heard of TheTranchesi sisters. Luciana, 28, and Marcella, 25, are a sensation on Instagram and on YouTube. They post looks of the day, recipes, videos of the little #AntonioTPS (son of Lu) … They are spontaneous and captivating unlike most influencers. Their charisma was inherited from their mother, Eliana Tranchesi, a businesswoman who raised her kids as the symbol of luxury in Brazil. The girls, were still adolescents, when their mum was arrested, and later on suffered from cancer and eventually passed away early at age 56. Checkout , These two interview themselves, where the girls for the first time, talk about Eliana and the dramas that made them lead life with good humor.

Marcella: Lu, why did you decide to marry so soon?
Luciana: I got married At 19, and I would not have done otherwise. I broke up with my ex a year later. It seems fast, but every day we realized that it was very different. I’m impulsive, but We thought really hard about it before We separated.

Ma: In 2014, you moved in with the father of Antonio [son of Lu, almost 3 years old] and also separated. What do you think about marriage today?
Lu: We were together for six years – a year and a half living together. But I think being married on paper has a weight, because difficulties appear, and you think twice before going through the separation process. I would like to get married again. Today, I know myself, I know the kind of person who works with me.

Lu: And you? With separations in the family (including our parents’), do you still believe in marriage?
Ma: Very much! Every relationship has phases, fights, but my in-laws have been married for 35 years, super-passionate. It’s not because a week is bad that you give up. I want to get married, but I’m not in a hurry. I’m enjoying living together [Marcella has lived with Rodrigo, her boyfriend for three years. And I want to be a mother, but not in the next five years. I thought it was irrational, but Rodrigo is a perfectionist! He wants to have four children, but he knows that depends on our financial situation. I want three.

Ma: After being a mother, you’re hotter! When did you decide to revolutionize your image?
Lu: I broke up with my ex! [laughs]? Lie. I made a promise to myself when Antonio got sick. I stopped eating sweets and lost 7 kg in four months. And I think I stopped being a kid. Life with Antonio is different. I’m still angry, but I have a lot more patience, I’m disciplined , I have a routine …

Ma: What are the difficulties of being a single parent?
Lu: To be a mother is to lie down in bed at night and wonder: did I do well today? Only I do not have anyone there to support me or scold me … And I question myself a lot! But I always wanted to be the mother of four children. Today, I want three – less than that, Never!

Lu: We have the same profession. When do you feel you started competing with me?
Ma: We do not compete in anything! You have more followers because you started out in this business much earlier. On instagram I talk about beauty; you, fashion trends. So either the client wants one of us, for a specific action, or wants both of us, because we complement each other – and our pair is very interesting!

Lu: Did you have the pressure to succeed Mom in business?

Ma: A lot! You look just like her passionate side. I already have the critical, hard, rational part …
Lu: For me, the internal pressure has always been greater than the external pressure. I get paid a lot. I know that I am successful, but I still think: my mother did a gigantic business! It’s a lot of responsibility!

Ma: A difficult time for us was Mom’s arrest [in 2005, Eliana was arrested for 12 hours in Operation Narciso, of PF, accused of importing and exporting products without paying taxes. In 2009, she was imprisoned for one day, after a conviction of 94.5 years in the first instance]. Who gave you this news?
Lu: I had just traveled and was in the house of people very close. As soon as I arrived in NY, my friend said, “Your mother needs to talk to you. Answer the phone now! ” Then she told me herself. Daddy [the cardiologist Bernardino Tranchesi] called me right away and forbade me to go back. It was crazy, there was paparazzi on duty at the airport.

Ma: I was 13 and that day I had gone to bed with Dad. As soon as I woke up, he said, “Do not leave the house! If you want to leave, come straight to my office, stay in the waiting room, but do not turn on the TV. ” I remember Mom calling and having the internet cable cut off. My dad could not go out in the garden because paparazzi had a helicopter filming ..

Lu: What did you feel at that moment?
Ma: I had no idea about the proportion of what had happened. It seemed that she was the worst person in the world. And that’s what got the most from Mom. They criticized her as the embodiment of luxury in Brazil, but that was her job. She would say, “You criticize what I do, but what about you? What did you do? I built something, I helped people … “.

Lu: I was saddened by the national commotion. I saw the ugly side of human beings. The people were mean, they were angry because she was rich. And I thought: who pays 3X the base minimum wage at the store? Who built a day care for 700 children? Who cared about doing social work? She! Today, when something like this happens, I think: people, they can not talk like that! The person has family … If they need to condemn, blame the company. [In the case of Daslu] They condemned the physical person our mother.

Ma: The following year, she developed a cancer. How did you hear the news?
Lu: She said, “I found a little something in my lung and I’m going to operate.” When the biopsy arrived, she said, “Look, it’s cancer, but it’s tiny, the kind that we almost like to have.” She reassured me so much that I was convinced. And the disease was serious, but Mom always took it lightly. Her positive head and her faith made her live well for another six years!

Ma: It was different with me. Daddy had said, “Eliana, you’ve been through a lot of stress. Do a checkup, because the body responds to stress. ” She did the exams and one day came home in tears, was on the phone with her dad and said, “If it’s bad, tell me soon, I know it’s bad.” Then I kind of already knew …

Lu: Do you think our relationship changed, after she died [in 2012]?
Ma: We got much closer. You’re the one who most connects with me. I listen to your opinion a lot and I think there is a lot of Mom in it.
Lu: Sometimes I think I’m doing it all wrong and I want to ask, “Mom, what would you do?” Then I try to imagine what she would say … and I’ll call you.

Ma: Did you become discouraged to the point of depression?
Lu: After my mother died, I entered a very debilitating depression. I was not getting out of bed! I asked Dinho [the older brother of Lu and Ma], “How long can I stay in bed? Give me a date! “. And he said: “One month.” We moved to Daddy’s cousins house, and stayed in the room, not even eating. The 30 days are over, and I was not ready to live.
Ma: It was hopeless to see you like that. She was reliving all the suffering … She died and became news! Just thought: how am I going back to college? I had just come in, if I stayed a month at home I would go back. I built my strength and went, but the first semester of classes was terrible, I cried in the bathroom. Once, a teacher kept talking about her – yes, he knew who I was – and I held on to not cry in front of everyone.
Lu: In my case, taking pills helped. But they also leave you asleep, without sadness or joy. You have only neutral reactions. I just woke up from the trance when I found myself pregnant [in 2013]. The doctor said the remedies were safe, but it made me crazy to stop all at once – which is very dangerous. But at that moment I decided that the baby was my purpose. He would have a mother to be proud of, just as I had Mom.

Lu: What learning was left after all this?
Ma: I learned to be up. In the hospital, no one believed that Mom was a terminal cancer patient. She was very high-spirited! And taught me to work hard, but to love what you do. She was successful because she did everything from the heart.
Lu: Mom’s biggest lesson was love. I’m with her diary – I was the only one with the courage to read – and I remembered how Pollyanna was, she saw the good side of everything. You inherited it! I do not care if I do not. Sometimes I feel heavy, I’m very self-critical.

Ma: And, today, what is happiness to you?
Lu: Living with Antonio, my life. I change everything by the moments with my family, at home, cooking is bliss.
Ma: Oh, being with my nephews is a delight! And being at home, on the couch, watching Netflix, with Rodrigo, then having lunch … is better than any program!
Lu: Now, remember, Mom said that, right? We would ask, “Shall we leave, Mother?” And she: “Oh, no … Call your friends here. There is no better place than the people’s house! ” We’re just like her.

Lu with her son 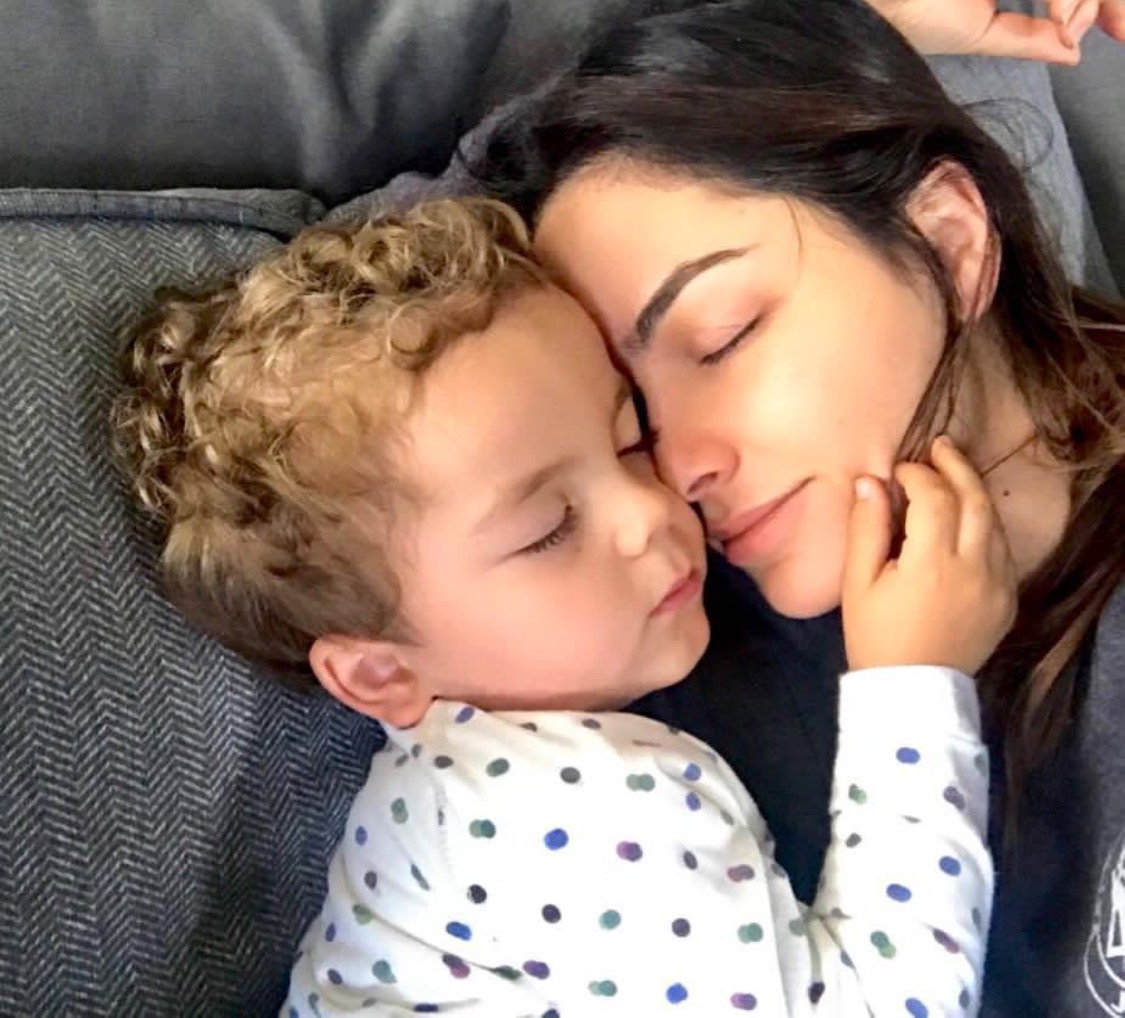 The best looking cake ever 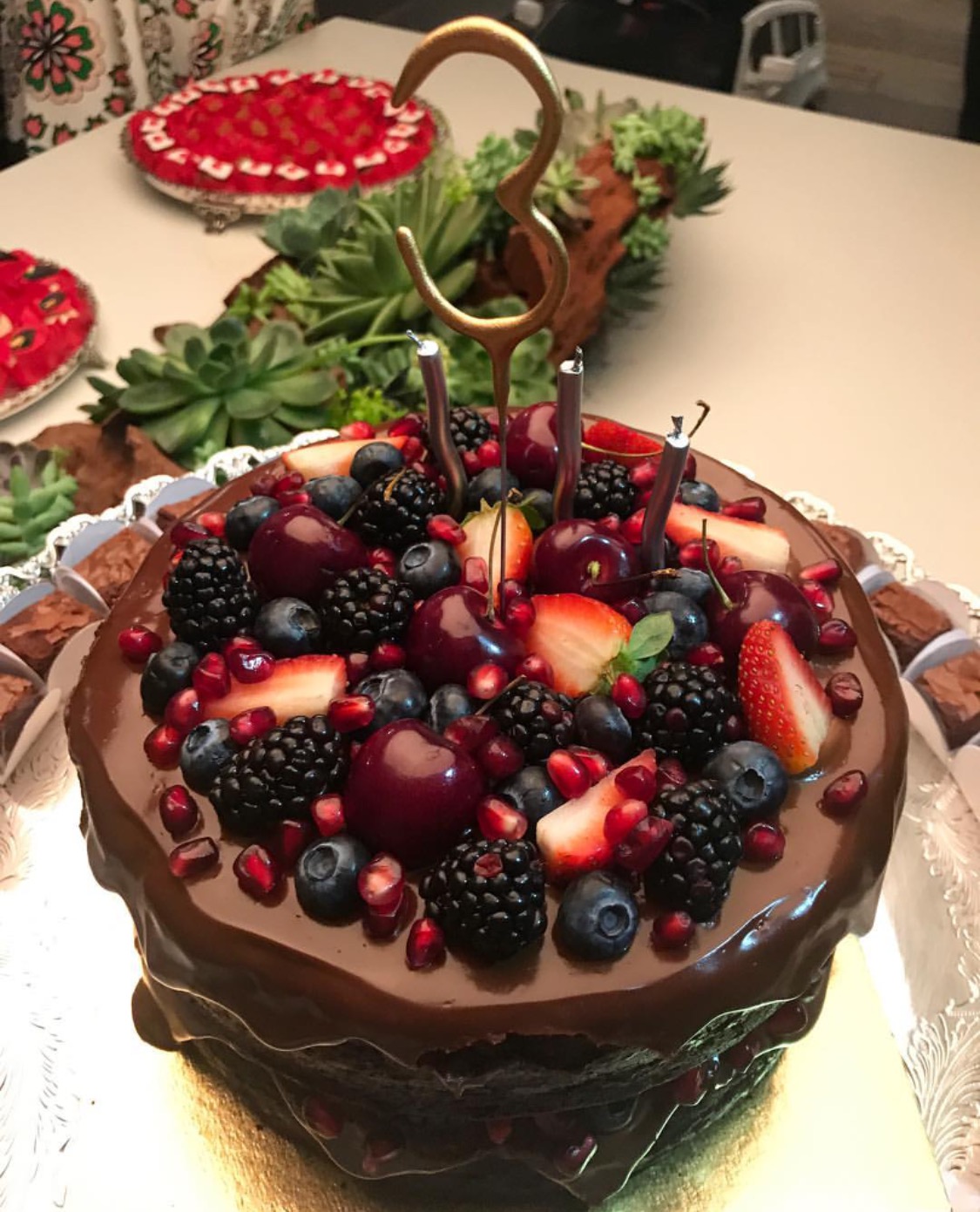 Children are such a blessing 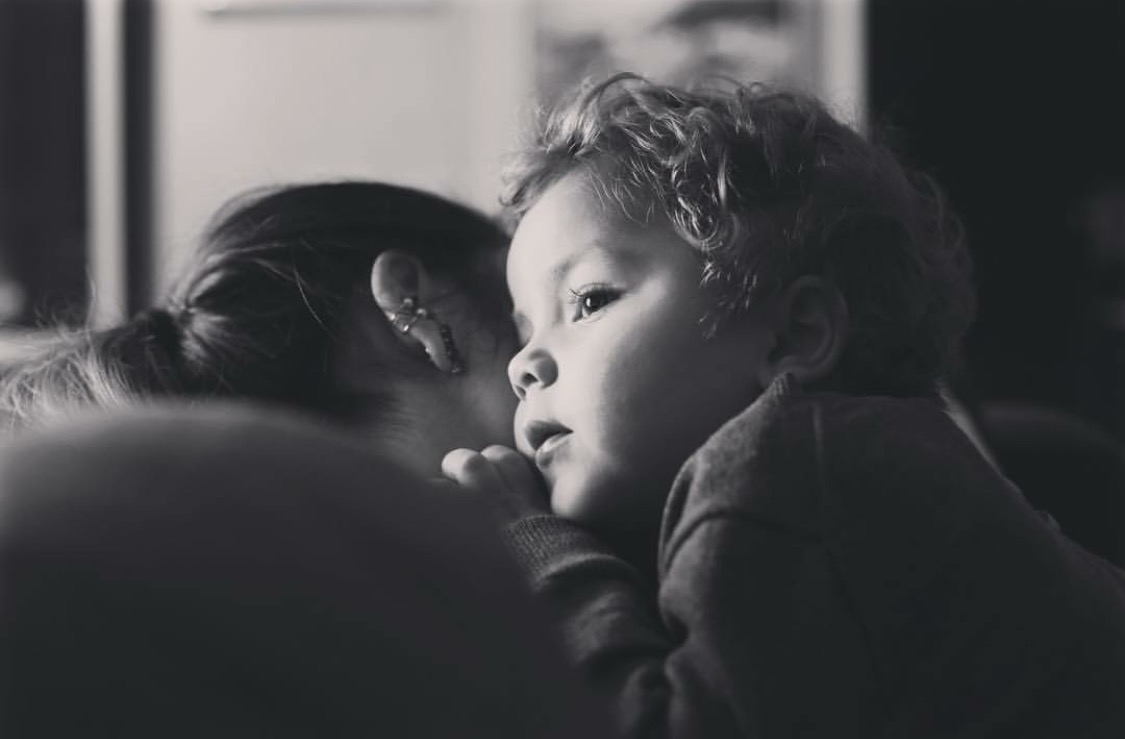 What a Stunning mom 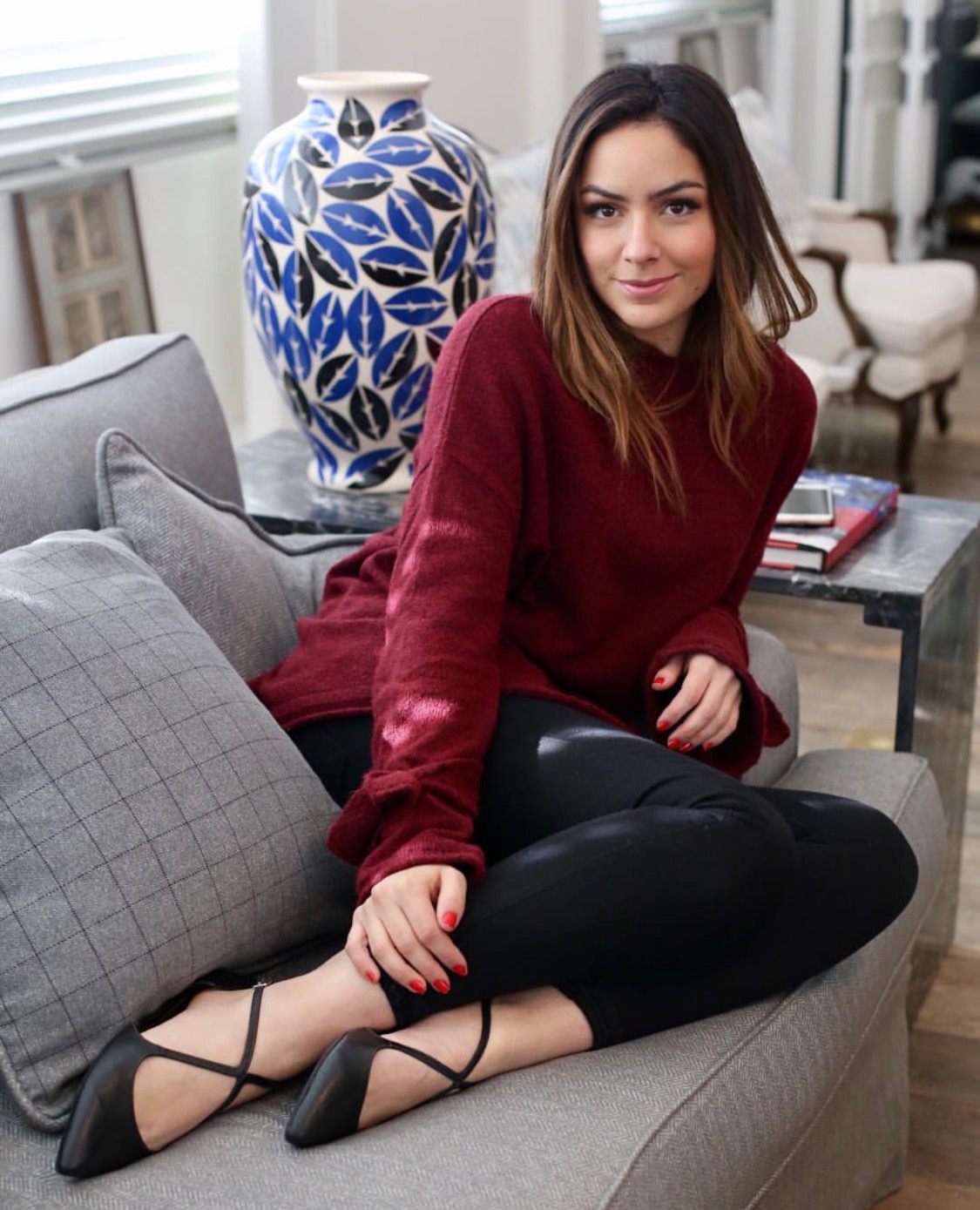 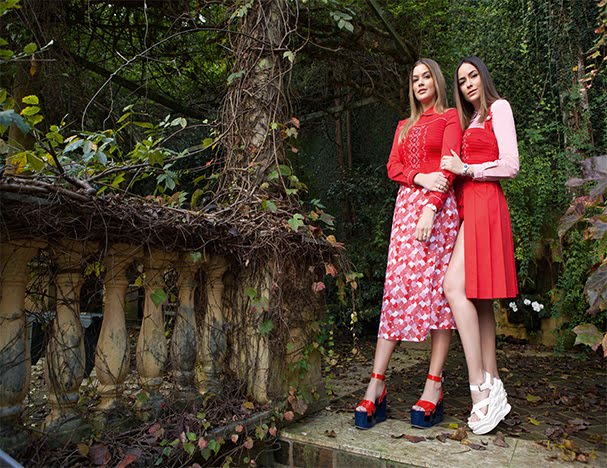 When your bambini is your everything 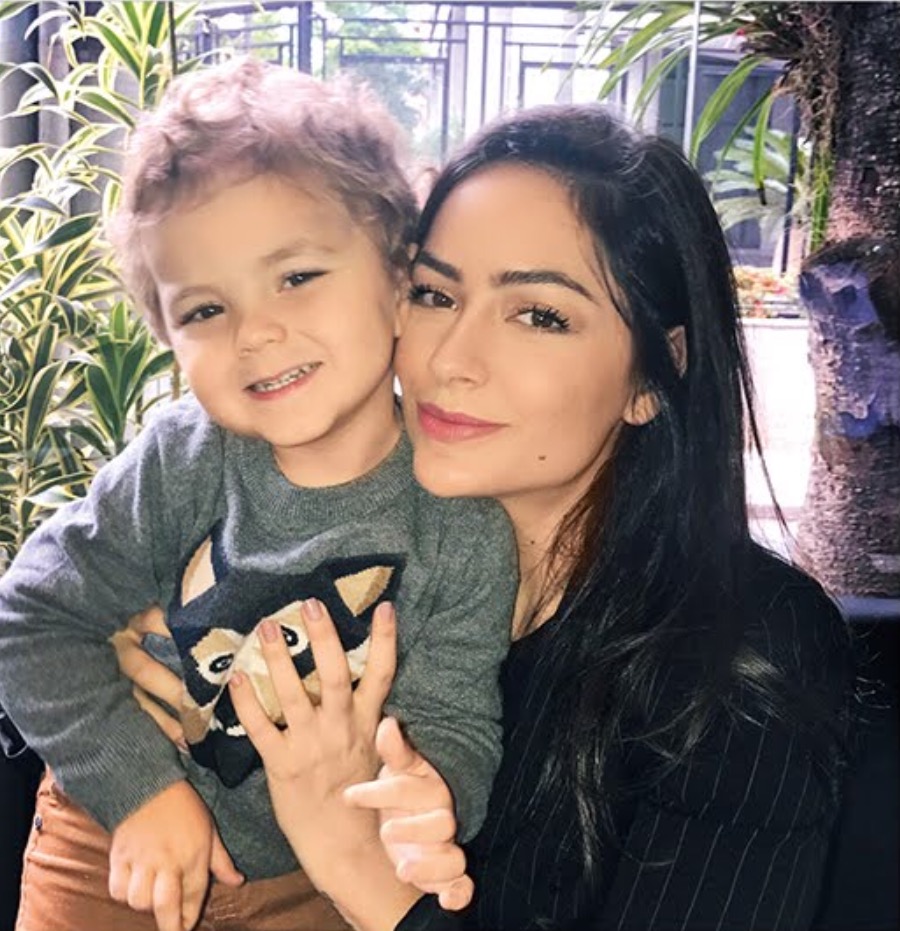 A mothers love is so beautiful 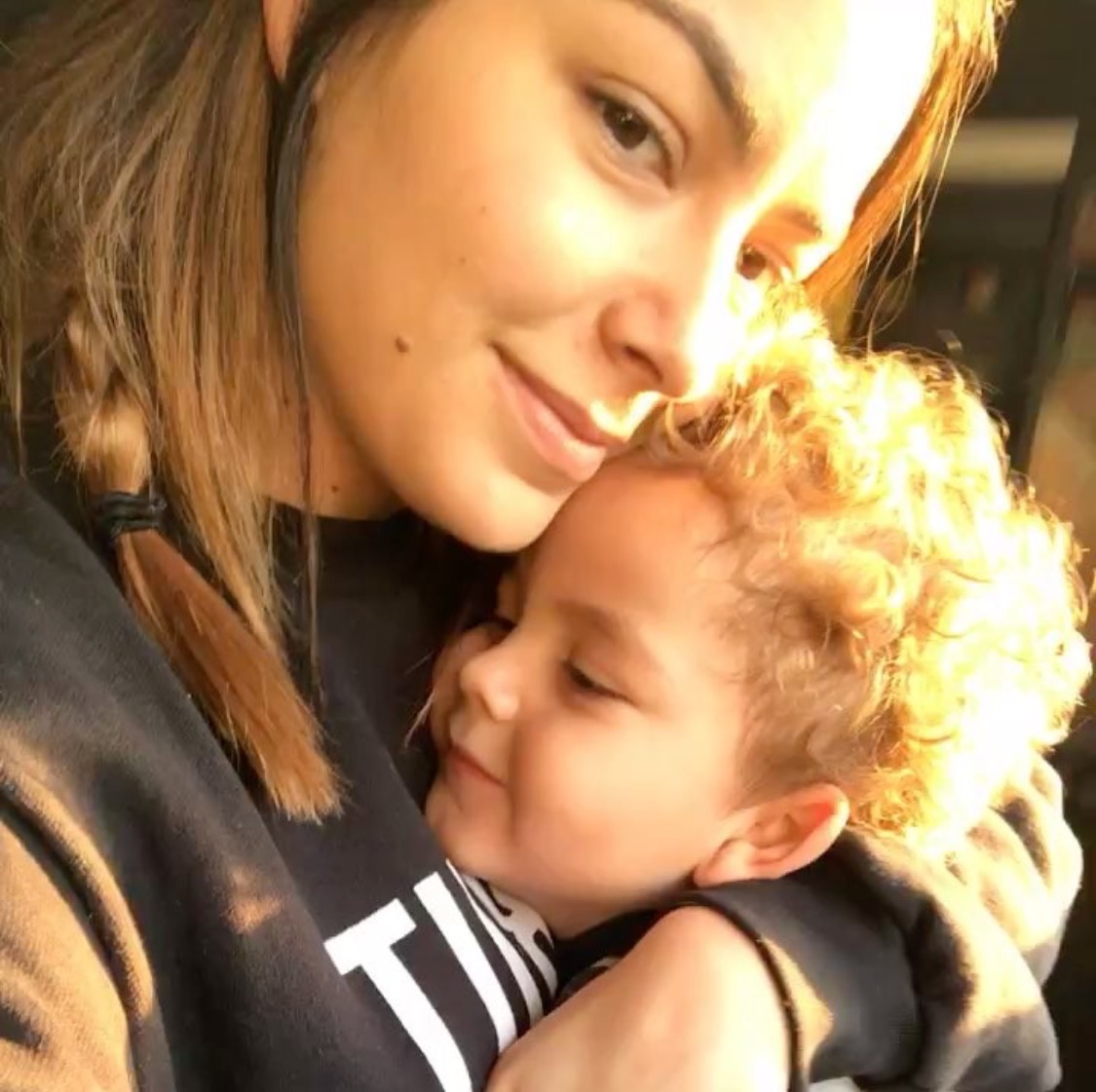