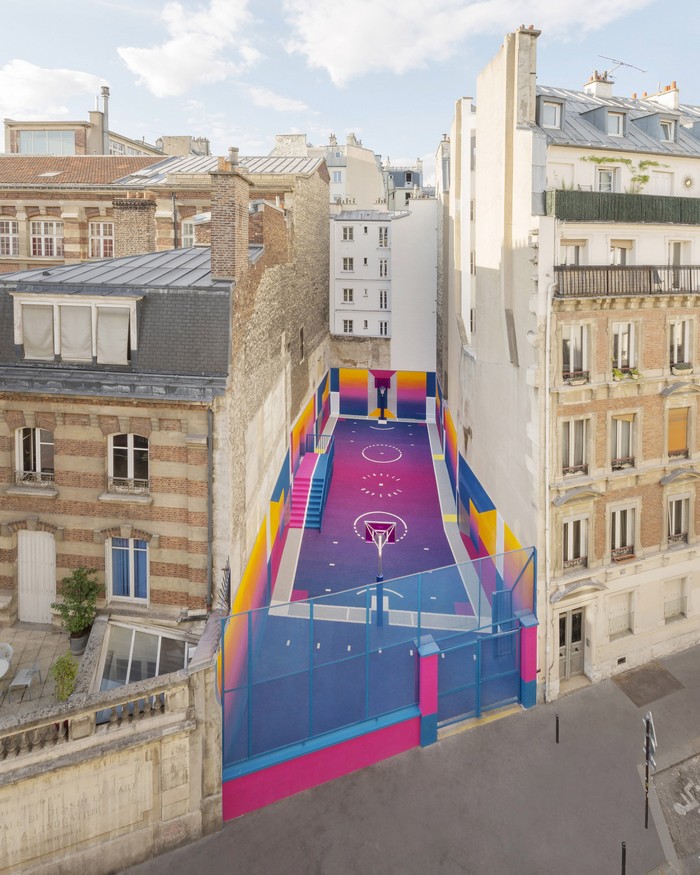 A dark alley, squeezed between two residential blocks in Paris, gained bright color, light, and a new function, intervention by Pigalle, in partnership with Ill-Studio and Nike.  It’s the third reform promoted by the trio, this time they replaced the primary colors with gradients of blue, pink, purple and orange. Since 2009 they have embraced the mission to revitalize the neglected urban space into a colorful Basketball Court.

In 2015 the tight space, which stands in front of the Pigalle Basketball store, attracted attention as it gained intense colors, with primary cores that matched a Pigalle spring – summer collection. Now in 2017, the red, blue, and yellow color blocks have been replaced by a gradient of a palette of pink, purple, yellow, and indigo hues have been conceived by ill-studio to correspond to the collection’s ’90s basketball-inspired aesthetic.

“The anatomy of the human body, as well as its performances, have had a lifelong relationship with art,” the team said. “Since the legacy of Greek and Roman antiquity, the sport is represented as a dominant idea within the beauty of an era.”

This never ending quest for modernity has forged a strong bond between functionality and aesthetics over the decade.

Plastic panels also come in with a translucent rose, geometric shapes that create funky and colorful perspective effects and bluish grids that, in turn, replace a white barrier that once hidden the space of anyone passing by.

Every great journey began with a single step 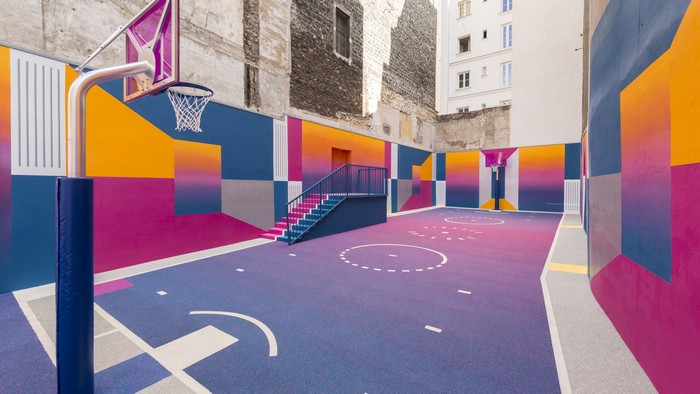 Chess is everything: Art, science and sport 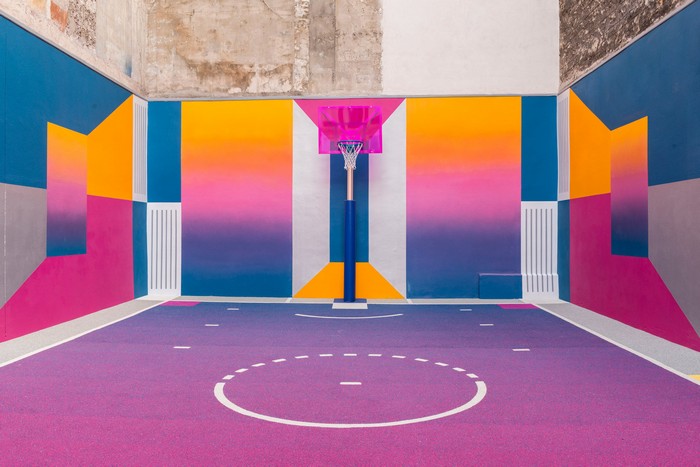 Others make it happen some people wish it could happen 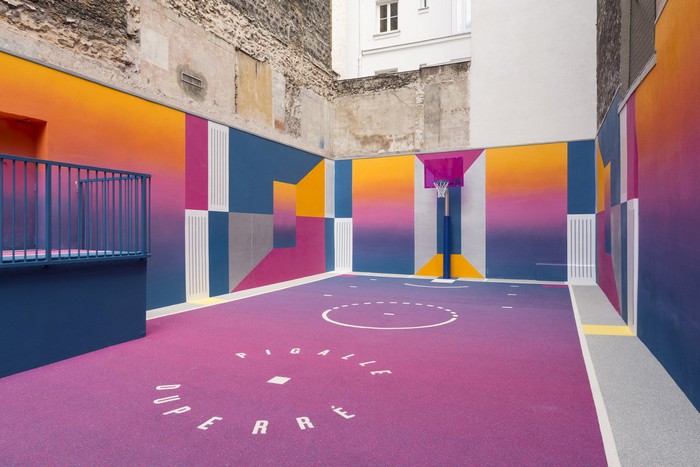 The body achieves what the mind believes 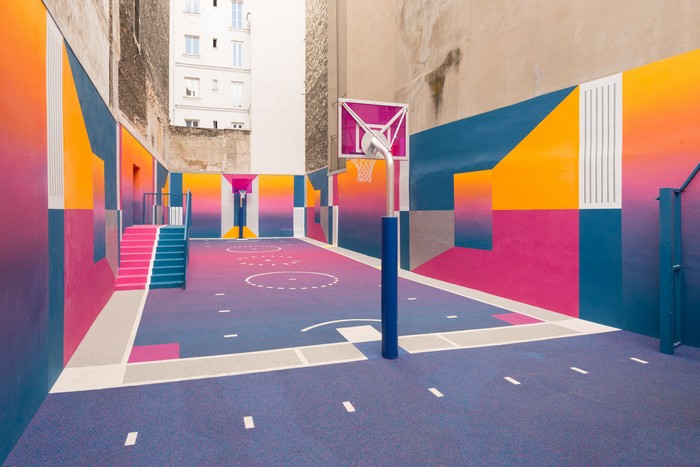 Sports do not build character they reveal it 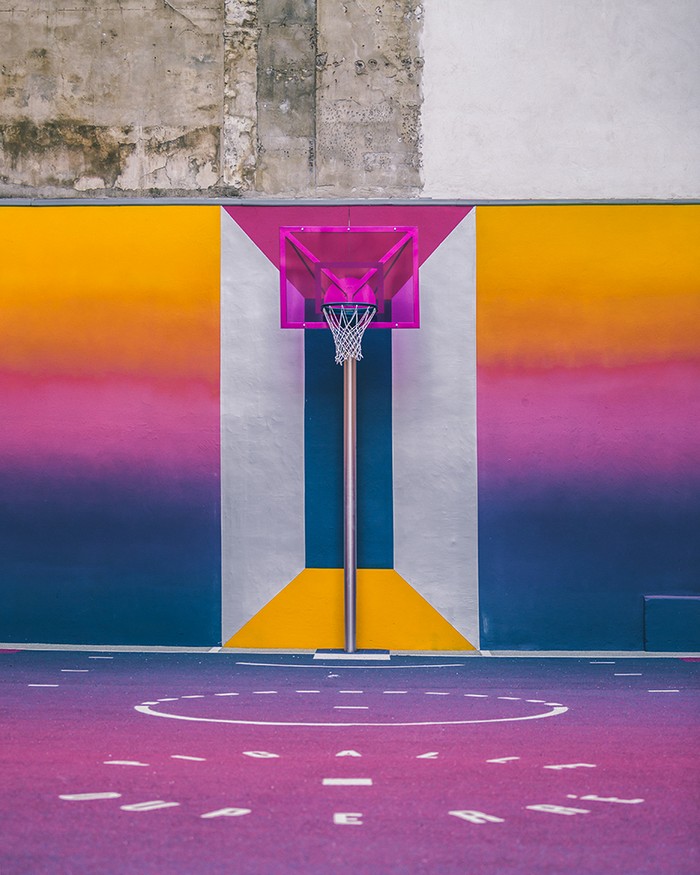 Basketball is not just a sports it's a lifestyle 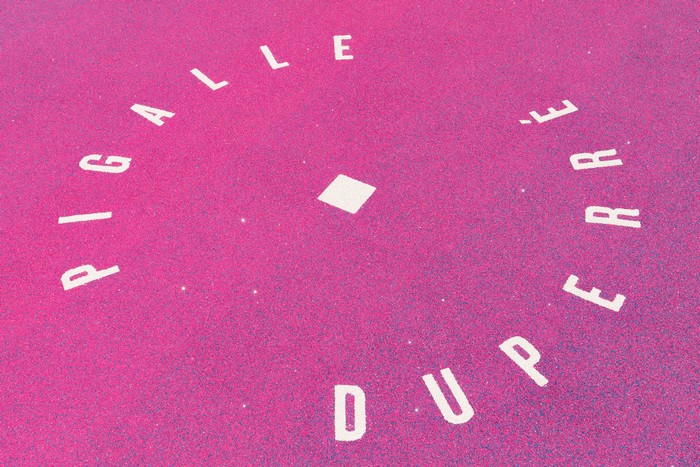 I can accept failure but I can't accept not trying 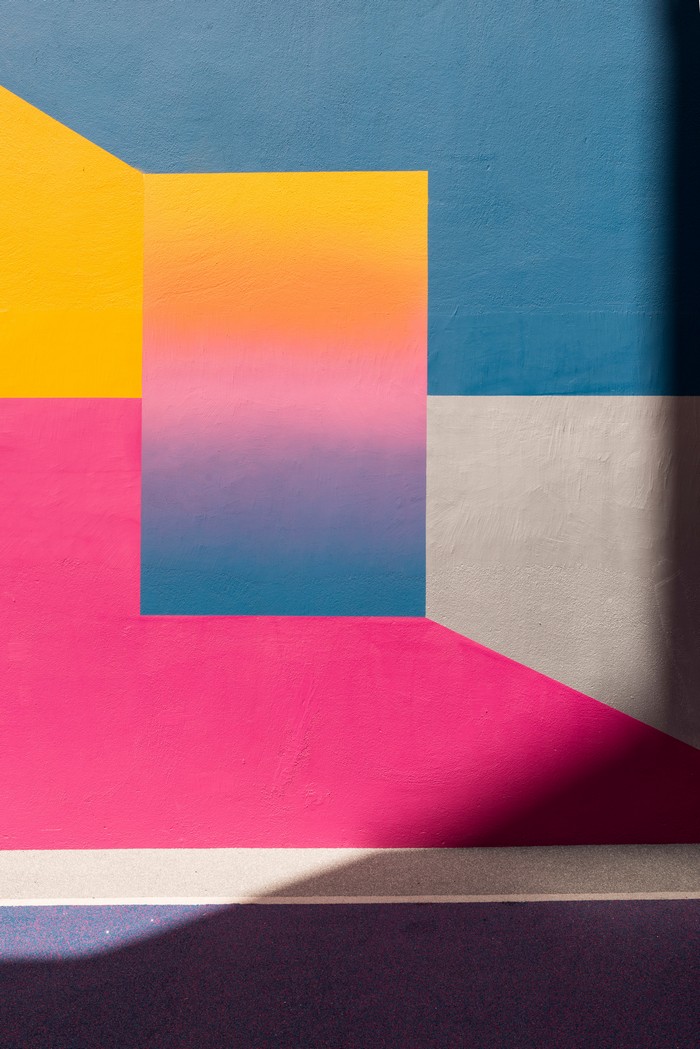 Love is playing every game like it's your last 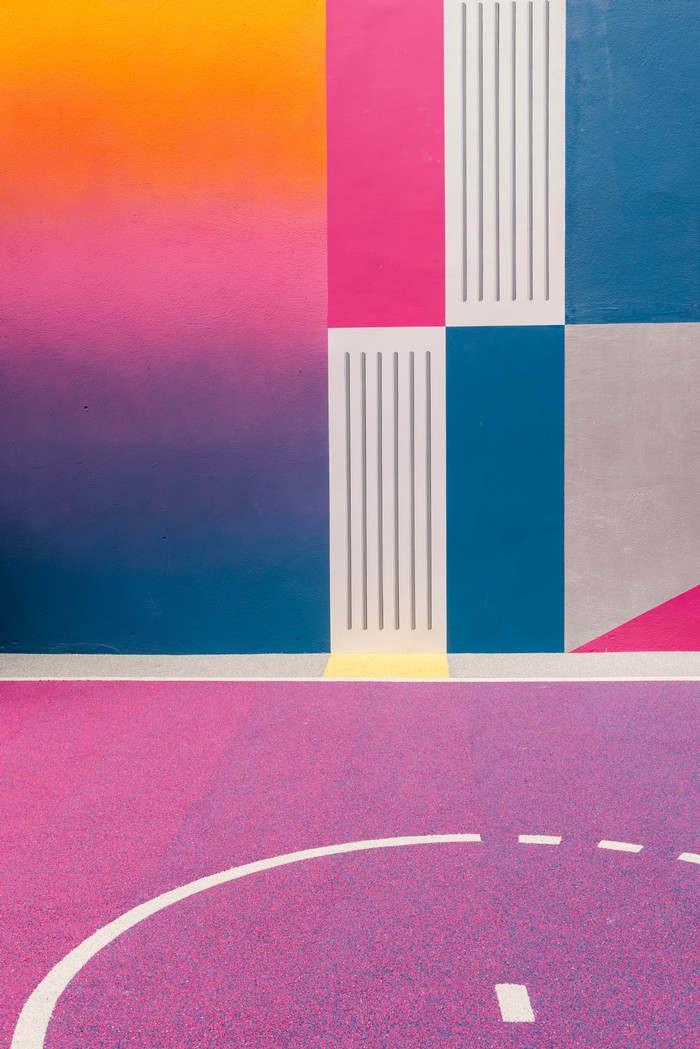